Is the MG4 EV the car to tempt buyers away from well-established brands? 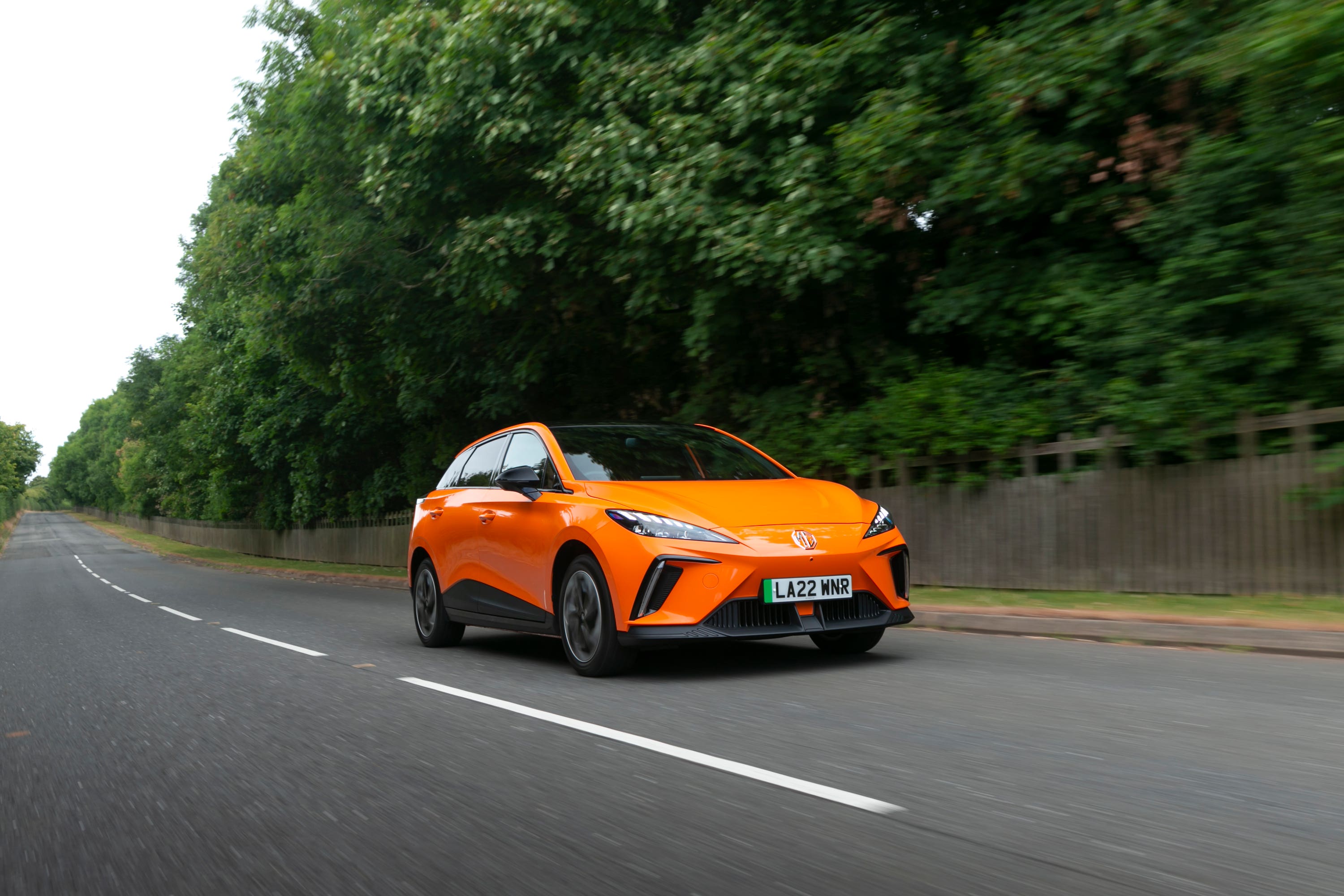 MG is broadening its EV line-up with the new MG4. Ted Welford gets behind the wheel.

The modern-day MG is a far cry from the one that produced classic British sports cars, but it’s proving no less successful. The brand is now expanding further with the new MG4, its first electric hatchback and one that’s set to grow this brand even further. But is it set to succeed?

The MG4 is the first model from the firm to use a bespoke EV platform that will go on to be used in a number of electric MGs in future years – the key advantage to this being that it’s rear-wheel-drive and uses a thin battery that takes up minimal space.

The MG4 also shows a more adventurous design direction for MG, though more on that later. But crucial to the appeal of the MG4 is its price, undercutting rivals by a significant chunk of money.

MG is offering two powertrain options here – the Standard Range and the Long Range. The Standard car features a 51.1kWh battery and 168bhp electric motor, with MG claiming a more-than-respectable 218 miles from a charge.

But here we’re trying the Long Range version, which packs a larger 64kWh battery and increases the claimed range to an impressive 281 miles, or 270 miles in the case of our top-spec Trophy test car. It packs a slightly more powerful motor producing 200bhp and 250Nm of torque, though performance is almost identical to the Standard Range car because of the additional weight of the battery – 0-60mph arriving in 7.7 seconds, and maxing out at 100mph.

It can also charge at up to 135kW, meaning a 10 to 80 per cent charge at an ultra-rapid charger would take 35 minutes. When plugged in at home into a 7kW wallbox, it will take nine hours to top-up.

Behind the wheel, the MG4 feels a real step up compared to the brand’s models so far. It’s got a 50:50 weight distribution, and the rear-wheel-drive setup makes it quite entertaining to drive – you can really feel the car pushing you around a corner. The acceleration is brisk and instantaneous (as with any EV), but here it feels quicker than the 7.7-second 0-60mph figure figures suggest.

There are various driving modes and levels of regen to play with, depending on preference, too. It rides well and avoids the choppy ride of many rivals. Our only real complaint is that there is quite a lot of wind and road noise at speed, and it doesn’t feel as refined as plenty of other EVs in this class.

MG’s designs to date have been quite straight-laced and uninspiring, but the MG4 is quite a lot bolder. There are sharp angles all over the place, and it certainly doesn’t give the impression that it’s one of the cheapest EVs on sale.

There are some great touches to it, such as the twin aero roof spoiler, which looks like it’s been taken from a concept car, while the imposing LED rear lights feature a fancy ‘hatched’ pattern on top-spec Trophy models. It’s a touch that wouldn’t look out of place on a high-end premium product. We’re personally not a fan of the front end of the car, as it just looks a bit squashed and busy, though styling will always be subjective.

The MG4’s interior adopts the increasingly trendy minimalist look, with very few buttons in the cabin, and instead just a central touchscreen, which is where you find the climate menus alongside traditional media and navigation functions.

It’s a slick-looking cabin, particularly with the floating centre console – housing the drive selector – that offers loads of storage space beneath. The squared-off steering wheel is another modern touch and features configurable shortcut buttons on it, which you can use to change the climate. It’s a clever feature, and though the interior doesn’t feel quite as well screwed together as some rivals, it certainly doesn’t feel as ‘cheap’ as its price.

The MG4 ticks plenty of boxes in the space department too, with that new platform ensuring there’s room in the rear seats for adults. The 363-litre boot is smaller than a Volkswagen ID.3 and Nissan Leaf’s but is still a practical and usable size.

The talking point with the MG4 is what it costs. Its starting price for the SE Standard Range not only undercuts cars in its class but cars from the class above.

The MG4’s starting price truly shows how expensive rival EVs are, and answers the needs of those wanting a lower-cost electric car, yet without having to bring any sacrifice on range and equipment. It’s also hardly any more expensive than a like-for-like petrol or diesel car.

While, yes, there are some areas where it doesn’t score top marks – interior quality and refinement – the MG4 has no real weakness, and how it manages that at this price is remarkable. It should certainly give plenty of the established brands something to worry about.

Test Drives Is the MG4 EV the car to tempt buyers away from well-established brands?
« Previous Story

Is the BMW i7 a worthy flagship electric car?
Next Story »