Off-roading in the most unlikely SUV: The Lamborghini Urus Performante 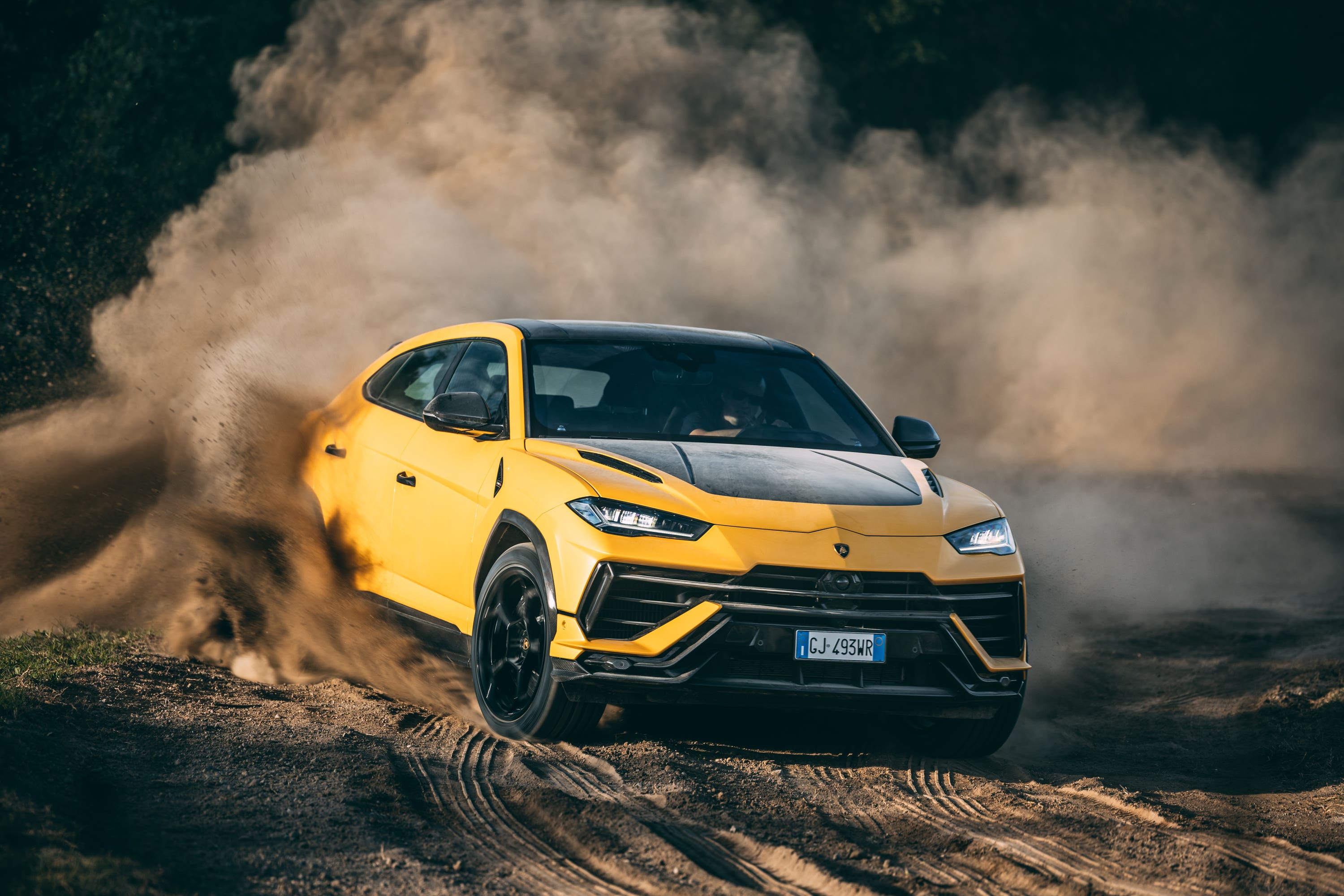 SUVs are rarely used to go off-roading in, but are they capable? Ted Welford takes the Lamborghini Urus Performante on a rally course.

SUVs are absolutely dominating new car sales at the moment, with 46 per cent of all new cars sold in Europe in 2021 being models of this bodystyle. That figure is only expected to grow when you consider the influx of new SUVs due on the market in the coming years.

It’s easy to see the appeal, as these models bring more eye-catching styling, while their higher ride height helps to give drivers and occupants a better view out on the road and presents more of a ‘secure’ feel from behind the wheel.

Though SUVs originally played on their four-wheel-drive capability, an increasing number are purely front- or rear-wheel-drive, with many buyers not interested in whether it is actually suitable to take off the tarmac.

But, what if you still want an SUV that can go off the beaten track? While a Jeep or Land Rover might be the safe and sensible options, safe and sensible is a bit boring. What isn’t boring is the Lamborghini Urus Performante – perhaps the silliest and most extreme SUV on sale, even dubbed a ‘Super SUV’ by the Italian marque.

While the Urus – first introduced in 2018 and now Lamborghini’s most popular product – might be more likely to be seen lapping Harrods than on an off-road course, the firm is keen to demonstrate it can be used away from tarmac.

To try it out, we’re on an off-road rally course just next to the Vallelunga race circuit near Rome. We also got the chance to try the Performante – the new, most extreme version of the Urus yet – out on the track itself, as it can even be equipped with bespoke Pirelli ‘Trofeo R’ semi-slick track tyres, the first SUV to get that kind of rubber.

But for the new Performante, Lamborghini has also engineered a new ‘Rally’ driving mode that’s our focus here. Admittedly it’s more suited to a dirt track than it is ascending a steep bank or negotiating deeper water, but it adds a further dimension to the Urus, and will come in useful for those wanting to demonstrate their SUV’s capability in a different setting.

On jumping into the Urus, it’s clear that this is no rough-and-ready utilitarian SUV. The cabin is awash with black Alcantara – a suede-like material widely used in high-end performance cars. It’s on the steering wheel, the seats – even the dashboard. Jumping in with your muddy boots on would feel like walking into The Ritz with your wellies on.

Once you’ve pressed the engine start button and the mighty 4.0-litre twin-turbo V8 engine has fired, it’s time to activate that ‘Rally’ mode on the central cluster, which Lamborghini calls the ‘Tamburo’.

Just the thought of having a ‘Rally’ setting on Lamborghini takes a minute to adjust to. Still, it’s an angle this Italian firm is exploring, and will continue to do so when it reveals an off-road-focused version of its Huracan supercar later in 2022.

But back to the Urus and the course that awaits us. It’s no Dakar Rally, and admittedly a front-wheel-drive crossover with a decent amount of ground clearance could probably master most of it. But that’s not the point here, as it’s the fun factor that is what makes this SUV so special.

You see, what the Rally mode does is ease off the traction control, allowing for more oversteer – and essentially means you can get it a little more sideways. Of course, this comes with the caveat that this is only permitted away from the public road, and where safe to do so.

At the same time, the Rally mode sends a greater chunk of torque to the rear wheels and means that if you put your foot down coming out of the dirt stages’ corners, it’s really easy to get it to slide, yet always in a controlled fashion. It feels like it’s been engineered in a way so that anyone, whether an experienced rally driver or a 21-year-old that’s just won the EuroMillions, can enjoy it within their capabilities.

The grip levels are also impressive, admittedly on this predominantly dry course, and more so when considering our test Urus Performante is riding on normal ‘off-the-shelf’ road tyres.

Admittedly this dirt stage didn’t let us experience the full 657bhp that the Performante offers, but accompanied by the fantastic growl of the titanium Akrapovic exhaust system, it’s impossible not to smile when drifting a Lamborghini around a rally stage. Those Alcantara seats also keep you firmly in hold, too, while even though the Performante rides on fixed steel springs – rather than the adaptive air suspension of the standard car – you don’t feel like your back’s about to give way. Far from it.

A Lamborghini with a Rally Mode shows this Italian firm’s eccentricity as its very finest, and demonstrates that even the most Made in Chelsea of Chelsea Tractors can still prove their worth off-road if need be.

Racing Off-roading in the most unlikely SUV: The Lamborghini Urus Performante
« Previous Story

What is Lamborghini’s Urus Performante going up against?