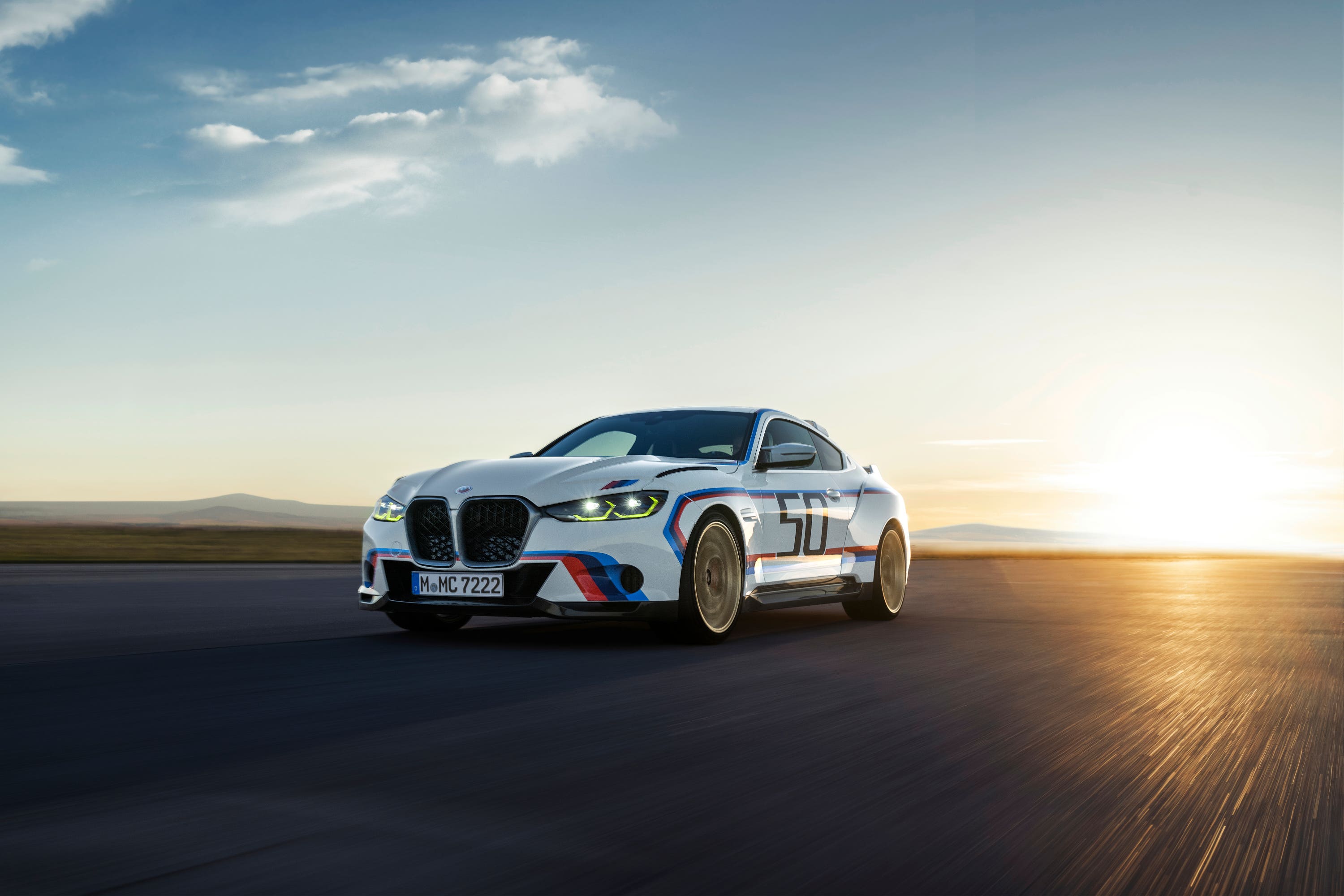 New car is ‘the most exclusive’ that the company has ever made.

BMW M is bringing its 50-year anniversary celebrations to a close with a new limited-edition model – the 3.0 CSL.

Limited to just 50 units, the 3.0 CSL harks back to the legendary 3.0 CSL ‘Batmobile’ of the 1970s. The most recent incarnation uses the most powerful straight-six ever used in a BMW road car, with the 3.0-litre engine kicking out 552bhp and 550Nm of torque, driven to the rear wheels via a six-speed manual transmission.

It’s underpinned by specially tuned Adaptive M suspension with electronically controlled shock absorbers, while carbon ceramic brakes are fitted too. Sitting in front of the brakes are central-locking wheels finished in gold, with 20-inch alloys up front and 21-inch versions at the rear. Specially-developed Michelin tyres bear the number ‘50’ on the sidewalls, too.

The entire exterior design of the 3.0 CSL pays homage to the original. The kidney grille is more upright, for instance, while the recesses in the front apron are like the air intakes of the 1970s version. The BMW Laser Light headlights are yellow, too, linking the 3.0 CSL to other racers from the firm.

In true reference to the ‘Batmobile’, the new 3.0 CSL also has a striking rear wing which both makes a big visual impact and also generates additional downforce over the rear axle. Underneath, there are four exhaust tailpipes positioned in an arrow shape, while the rear lights use laser ‘threads’ that appear to float within the lights.

There are numbers on the doors and roof of the car, too, in another nod to early racing cars, while the BMW logo is included on the C-pillar as another reference to 1970s cars.

Much of the 3.0 CSL’s body has been made with carbon fibre reinforced plastic (CFRP), including areas such as the roof, bonnet and boot lid, while the titanium rear silencer is around 4.3kg lighter than a conventional steel version.

Inside, the rear seats have been removed and replaced with two integrated helmet storage compartments and up front there are two carbon bucket seats. Black Alcantara is used through much of the cabin while each car gets its own numbered plaque corresponding to its build slot.

What does an electric future look like for these...