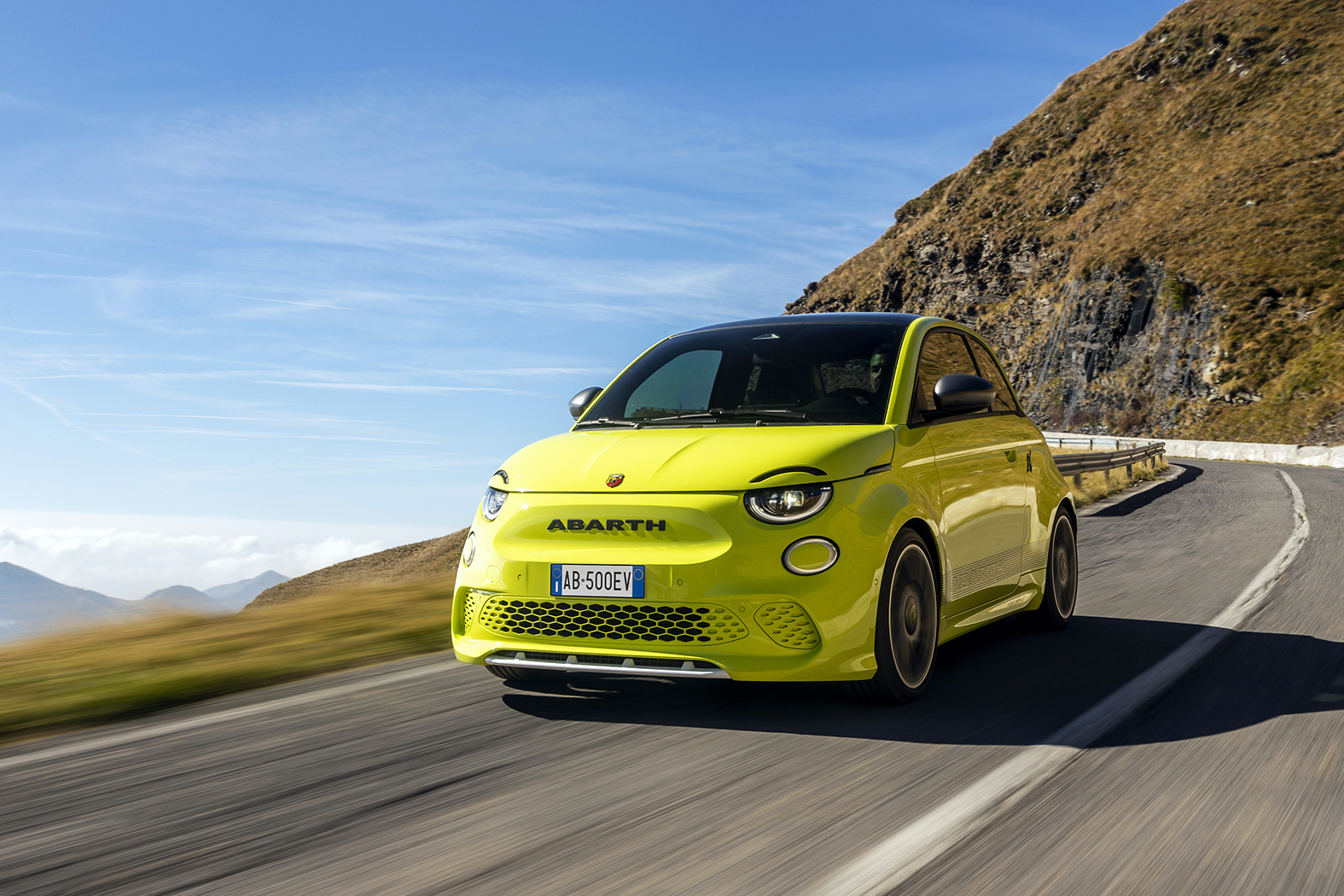 Abarth has revealed its first electric model with the new 500e – a hotter version of Fiat’s 500 EV.

Set to be sold alongside petrol versions of the Abarth 595, this 500e signals a new era for the brand and is its first new model in more than half a decade.

Based on the electric Fiat 500, the 500e ‘performs better than petrol’ thanks to improved weight distribution, better torque and a wider wheelbase, says Fiat. Power increases from 116bhp on the Fiat to 153bhp here, although the 42kWh battery remains. No range figure has been given, but expect slightly less than the 199 miles that Fiat claims for its electric 500.

Accelerating from 0-60mph takes 6.8 seconds, with Abarth saying it can pick up speed faster around town and can overtake more quickly than petrol versions.

There are three driving modes depending on how you want to get around – Turismo, Scorpion Street and Scorpion Track – while Abarth says it has engineered an ‘immersive sound experience for those who want to drive electric without giving up on the famous and unmistakable Abarth roar’.

Known as a ‘Sound Generator’, it aims to replicate the noise of a petrol engine, but it can be turned off if drivers don’t want it.

Abarth has also given the model a much more aggressive design than the standard Fiat 500, including dedicated bumpers, side skirts and a rear diffuser insert. Bespoke alloy wheels are also fitted, along with a new Abarth logo.

Like existing models from the Italian firm, the 500e will be offered as a hatchback and a convertible, with Abarth creating a launch edition model known as the ‘Scorpionissima’.

Limited to 1,949 units to mark the year the firm was founded, the model is available in Acid Green or Poison Blue paint. It also comes with exclusive 18-inch alloy wheels, a fixed glass roof and rear privacy glass. Alcantara is used for the seats, dashboard and steering wheel, while the standard equipment includes a 10.25-inch touchscreen with wireless smartphone mirroring, heated front seats and a JBL sound system.