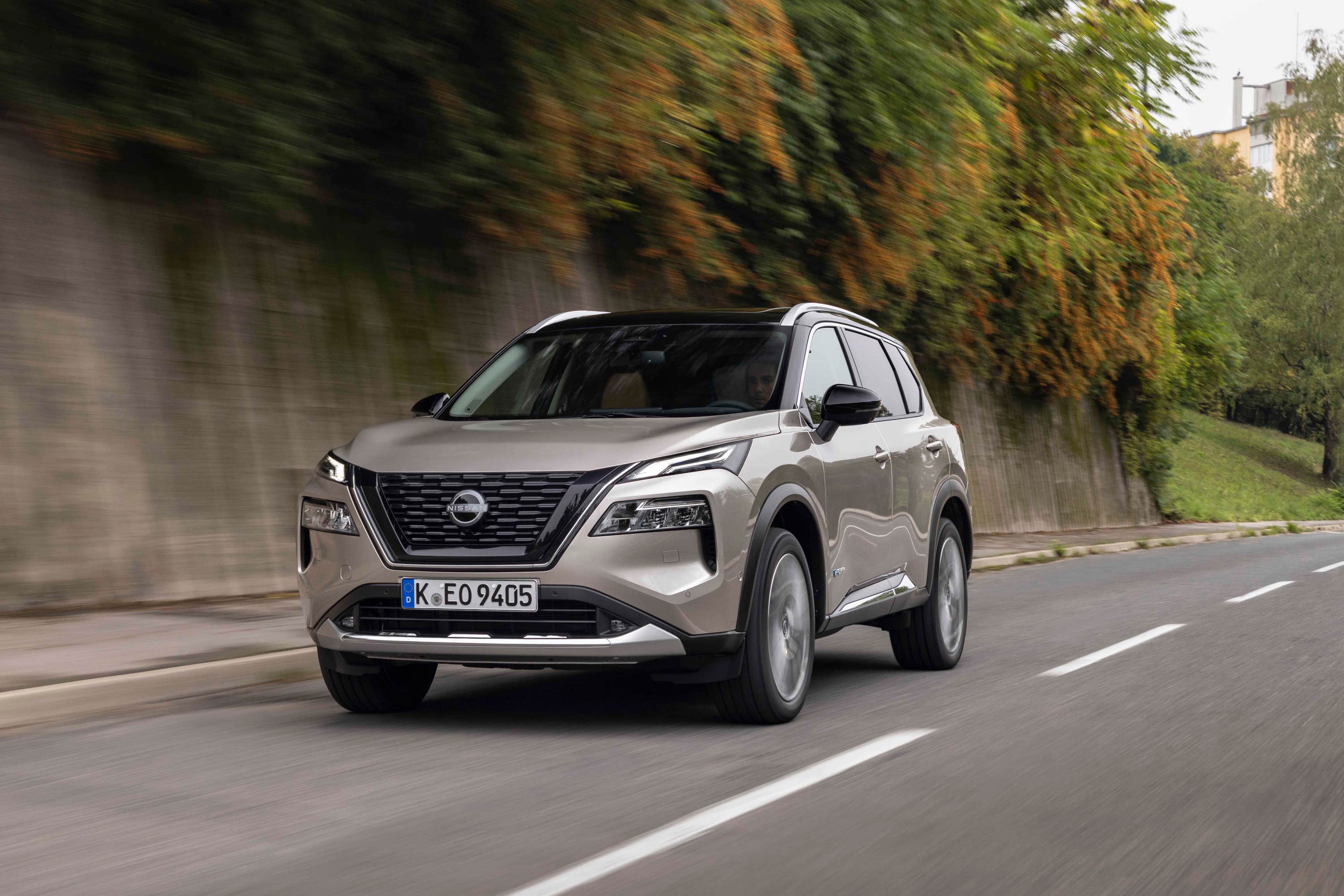 The new Nissan X-Trail arrives with a bold new look and a clever hybrid system. JACK EVANS Evans finds out what it’s like.

The Nissan X-Trail has historically been a more rugged, adventure-focused cousin to its more everyday, road-going Qashqai cousin. And, in the wake of the new Qashqai, we have a brand-new X-Trail. Arriving with a bold new look and a completely hybrid setup – as well as all-important seven-seater versatility, this fourth-generation X-Trail looks to pick up where its very successful predecessor left off.

With more than seven million X-Trails finding their way to homes over 20 years, it’s a very important car for Nissan. But is it any good? We’ve headed to Slovenia to find out.

Underpinning the new X-Trail is a CMF-D platform, created by the wider Nissan, Renault and Mitsubishi Alliance and is currently being used across a number of vehicles within its portfolio of brands. This lightweight platform promises improved refinement and ride comfort over the previous X-Trail which should, in theory, make it even easier to live with daily.

Elsewhere, we’ve got some of Nissan’s latest in-car technology, as well as an upgraded version of its ProPilot assistance technology designed to make the X-Trail as safe – and simple to drive – as possible.

The X-Trail that we’re driving today has been equipped with Nissan’s latest e-Power setup, which we’ve already seen in the Qashqai. It uses a 1.5-litre turbocharged petrol engine – which effectively works as a generator – to power an electric motor on the front wheels. The X-Trail is available with a new e-4orce setup, which – aside from the slightly dubious name – adds a second electric motor to the rear axle, giving it four-wheel-drive. That engine is never used to directly power the wheels.

It’s designed to give a more EV-like feel to the driving experience, while a 0-60mph time of seven seconds means it’s more than punchy enough. Nissan claims that you should see CO2 emissions of between 143 and 148g/km for this four-wheel-drive version, while economy figures sit at 44.8mpg.

The X-Trail rides away in a typically silent manner, with the engine largely playing second fiddle to the electric motors. That continues throughout most types of driving, with even highway driving seeing the petrol engine remain mute in the background. Only during really heavy applications of throttle is it really called into play where it can be a little noisy. It’s very much the minority of the time, mind you.

Elsewhere, things are good. The X-Trail is a large car but it’s pleasantly resistant to roll and pitch through the bends. The ride can feel a little firm at times, but it’s nothing out of the ordinary for the segment. That e-4orce all-wheel-drive system, meanwhile, does give the X-Trail a healthy dose of traction and even taking it on some rutted, sweeping gravel tracks saw it remain settled.

The X-Trail has been given a chunkier, more off-road-ready look compared with many of the cars in the segment. There’s plastic wheelarch cladding, for instance, while the gap between arch and tyre has been increased for the X-Trail to help it with a more upright stance. The front end has been given a squared-off look, too, not by blunting off the ‘nose’, but by giving it upright air intakes that give the impression of a more angular appearance.

Around the back, there’s a similar blocky appearance, while the boot switch location – which isn’t in the traditional spot above the rear number plate – is a hark back to earlier X-Trail models.

In a market awash with options, the X-Trail does well to stand out. It’s just got a little more character than its Qashqai stablemate – bourne through its added practicality and versatility. The new e-Power setup works well in its application here too – as does the new e-4orce setup – though we’d argue that many drivers might naturally lean towards the two-wheel-drive version unless added capability is what you’re after.

The seven-seat option, though slightly limited in terms of outright spaciousness, adds another string to the X-Trail’s bow. All in all, it feels like a very credible family car and a welcome addition to the segment.

On track with Lamborghini’s Urus Performante
Next Story »