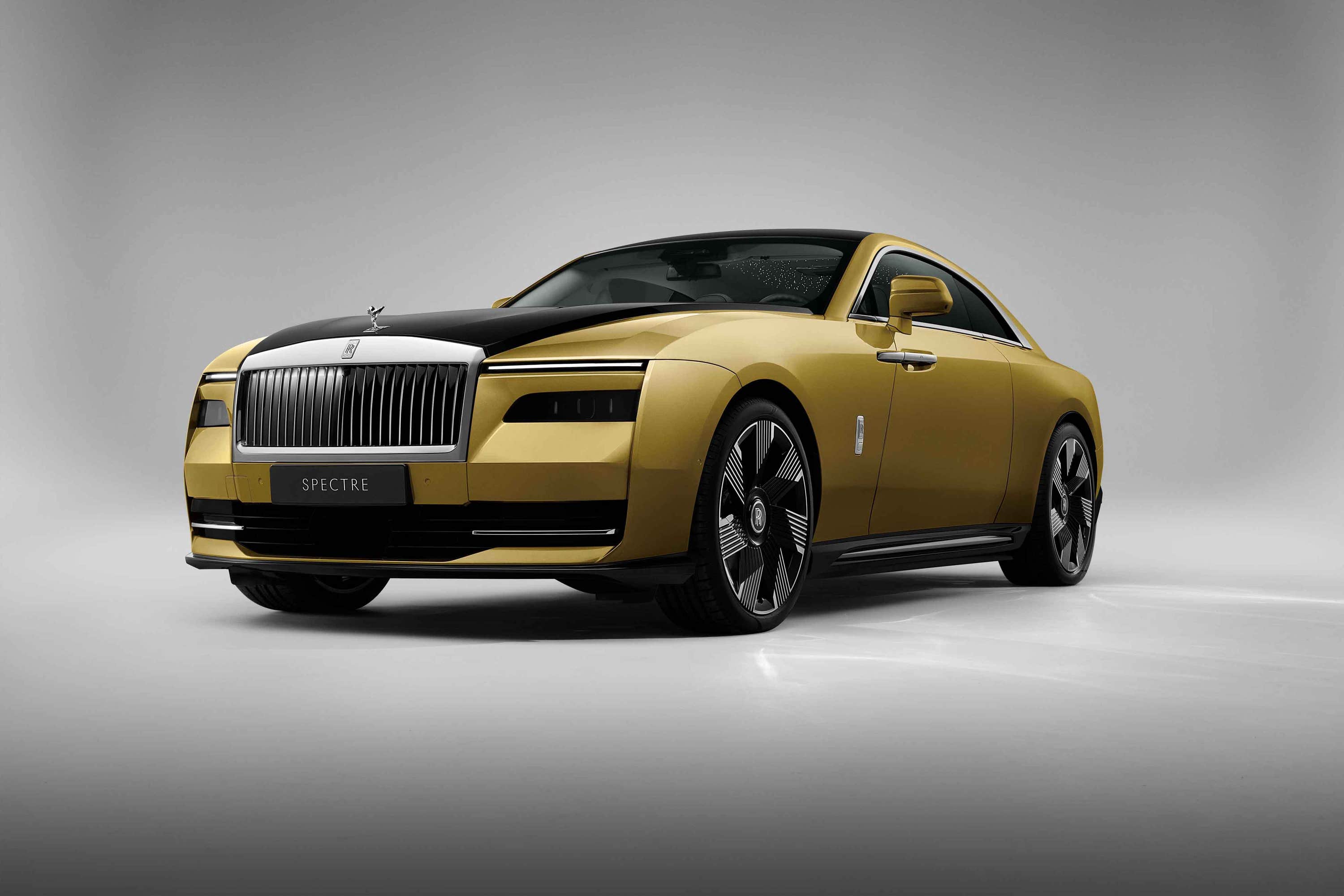 Rolls-Royce has revealed its first electric car with the Spectre – a sleek two-door coupe that represents ‘the start of a bold new chapter’.

Positioned as a spiritual successor to the Phantom Coupe, the Spectre was first announced last year, with Rolls-Royce covering more than 1.5 million test miles since then, which the firm says simulates more than 400 years of use for a Rolls-Royce.

Described as an ‘ultra-luxury electric super coupe’, the Spectre gets a particularly elegant silhouette, while the grille is the widest ever fitted to a Rolls-Royce, and is also ‘softly illuminated’ with 22 LEDs. At 5.5m in length and more than 2m in width, it’s huge, and can be equipped with 23-inch alloy wheels – the largest fitted to a modern Rolls-Royce.

Inside, the Spectre is available with ‘Starlight Doors’, which incorporate 4,796 LEDs that aim to give an impression of the night sky.

Built around a specific ‘Architecture of Luxury’ platform, the Spectre is unrelated to parent company BMW’s electric cars, with the battery integrated into the structure of the car, enabling it to be 30 per cent stiffer than any previous Rolls-Royce.

A clever ‘planar suspension’ has also been developed to deliver the brand’s hallmark ‘magic carpet ride’. This includes decoupling anti-roll bars that help to keep the car flat and stable over bumps, which can then recouple and stiffen the dampers when a corner is identified.

Rolls-Royce says full technical details are ‘still being refined’, but the firm is expecting the Spectre to offer an electric range of 320 miles. The powertrain is also set to deliver 577bhp and 900Nm of torque, allowing for a 0-60mph time of 4.4 seconds – figures that are comparable with the brand’s current V12 models.

Torsten Müller-Ötvös, chief executive of Rolls-Royce Motor Cars, said: “This incredible motor car, conceived from the very beginning as our first fully electric model, is silent, powerful and demonstrates how perfectly Rolls-Royce is suited to electrification.

“Spectre’s all-electric powertrain will ensure the marque’s sustained success and relevance while dramatically increasing the definition of each characteristic that makes a Rolls-Royce a Rolls-Royce.

“This is the start of a bold new chapter for our marque, our extraordinary clients and the luxury industry. For this reason, I believe Spectre is the best product that Rolls-Royce has ever produced.”