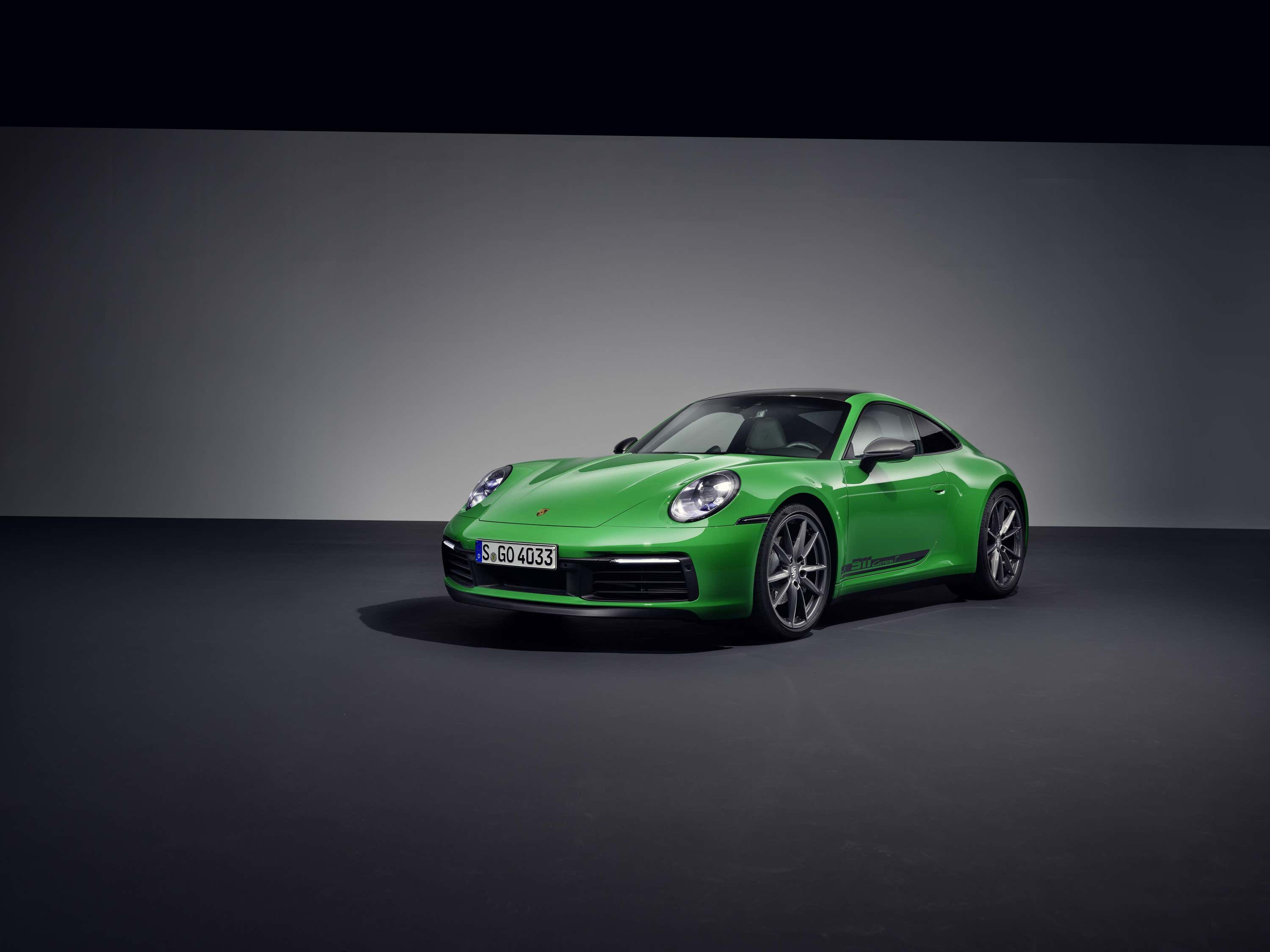 Model receives a range of mechanical and styling changes.

Porsche has revealed the new 911 Carrera T as the lightest and purest ‘Carrera’ version yet of this latest generation sports car.

Based on the ‘entry-level’ Carrera, the T – standing for ‘touring’ – is the more driver-focused choice, and follows on from a previous generation of Carrera T that was widely applauded.

On this new ‘T’, it gets the standard Carrera’s 380bhp 3.0-litre biturbo petrol engine, but – unlike the Carrera – it comes with a seven-speed manual gearbox, which makes it 35kg lighter than the standard car, weighing 1,470kg in total. A PDK automatic gearbox is offered, too. This engine is able to take the 911 from 0-60mph in 4.3 seconds and on to a top speed of 181mph.

The rear seats from the standard 911 are also removed, while there’s reduced noise insulation, lighter glass and a lightweight battery to keep the weight down.

Other changes include a mechanical rear differential lock that is shared with the Carrera S, along with adaptive sports suspension that lowers the car by 10mm. The acclaimed Sport Chrono package is also fitted, which brings a dial on the steering wheel to adjust driving modes and analogue and digital stopwatches. Rear-axle steering wheel is also available as an option, unlike on the regular Carrera.

Specific equipment on the Carrera T includes 20- and 21-inch alloy wheels at the front and rear respectively, a GT sports steering wheel, a sports exhaust and electric sports seats. It also gets a range of Agate Grey styling elements, including the door mirrors, door logos and trim on the rear grille.