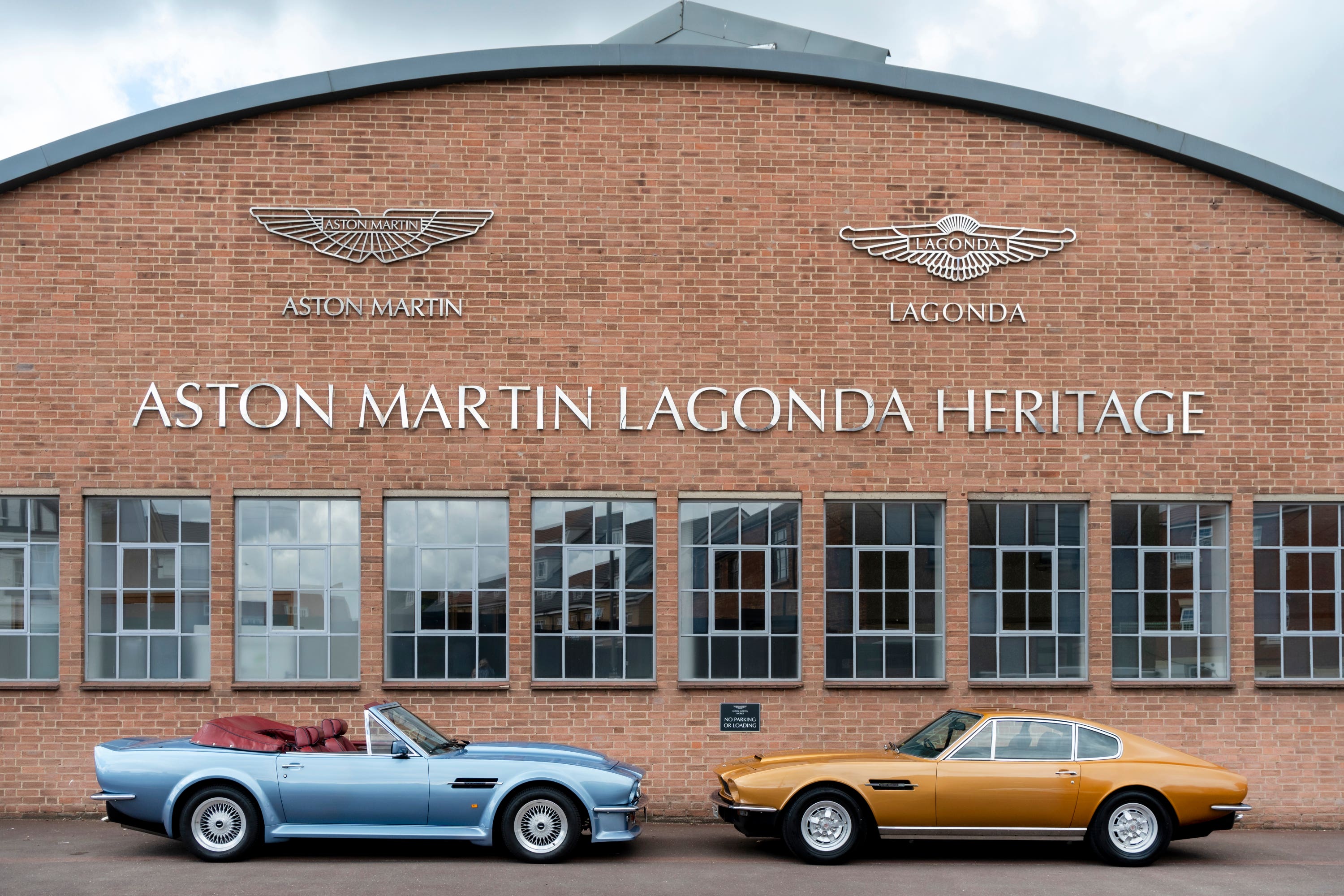 This year marks the golden jubilee of one of the most iconic bloodlines in British automotive history.

Aston Martin has released a series of special images to celebrate the 50th anniversary of its iconic AM V8.

Released in 1972, the model was the start of a legendary V8 bloodline for Aston Martin which went on to spawn countless classics over the years.

Although its predecessor, the DBS V8, was actually the first Aston Martin to use the famous engine, that was an existing model that was updated to use the unit.

The AM was Aston Martin’s first model to be released from new with a V8 and is now considered one of the most desirable cars of the 1970s.

First released following the takeover of Company Developments Ltd, the AM V8 introduced several design features that became a staple of all Aston Martins in the years that followed.

It was given a much more muscular look than what had gone before, which included a new nose, two seven-inch quartz iodine headlamps and a black mesh grille. It was also the first time the firm used its now iconic ‘Coke-bottle’ flanks.

It was followed, in 1977, by the V8 Vantage, which was dubbed “Britain’s first supercar” and a true rival to the Italian Ferrari Daytona.

The model also spawned the V8 Volante, which achieved legendary status by appearing in Timothy Dalton’s first James Bond film, The Living Daylights, in 1987. The model also made an appearance in Daniel Craig’s final outing as 007, No Time To Die, in 2021.

To mark the special anniversary, Aston Martin Works – the firm’s Heritage division – has released a series of images taken at the Aston Martin Lagonda Heritage Centre in Oxfordshire.

Reflecting on the enduring appeal of the AM V8 in all its many forms over almost two decades, Aston Martin Works president, Paul Spires, said: “The 1970s were, in many ways, a testing time with social and economic unrest rife.

“Yet, through it all, we created the AM V8 which, today, is rightly seen as one of the jewels in our illustrious history. That so many of these big, brutish sports cars survive and thrive today is testament not only to their enduring appeal but also to the legion of owners, past and present, who have worked so hard with us to keep the cars running.

“As all things ‘70s seem, once again, to be back in fashion it’s only right that, today, we mark the 50th anniversary of one of our most desirable heritage models.”

Lamborghini needs to totally embrace electrification and not just...
Next Story »