On track with Lamborghini’s Urus Performante 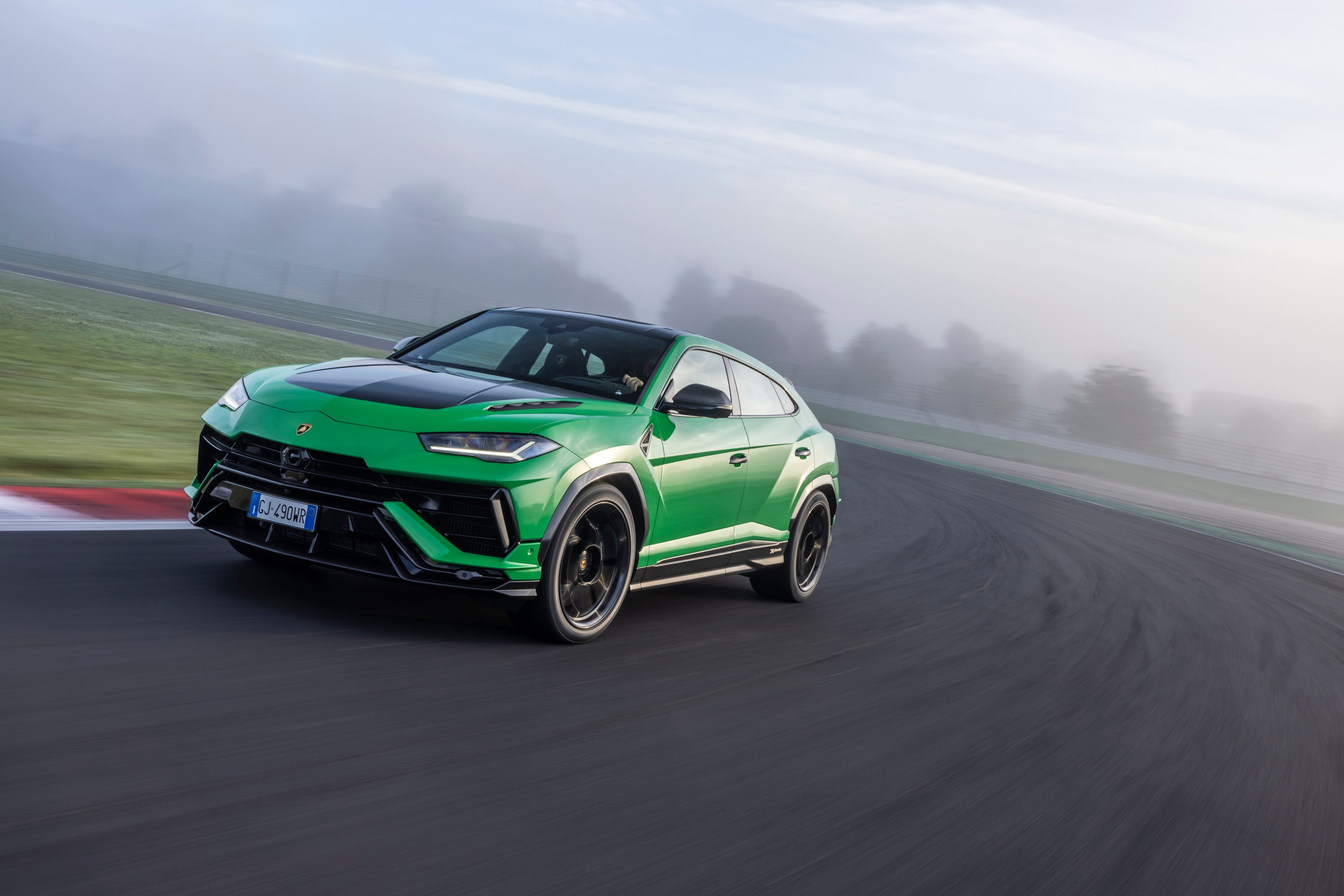 Lamborghini’s taking its super-SUV up another level with the new Urus Performante. Ted Welford tries it out on track.

Love them or hate them, SUVs are integral to the success of a car maker these days. It’s something Lamborghini quickly discovered since the launch of the Urus in 2018, with this self-branded ‘super SUV’ accounting for more than 21,000 sales to date.

Though you’d think a Lamborghini SUV would be pretty extreme already – and it is – there is always scope for more, or for the ‘bar to be raised’ as the firm puts it. That idea results in the Performante. It’s a more extreme, track-focused version of this SUV, using a nameplate we’ve seen before on the fire-breathing Huracan supercar. We’ve been getting a first taste of it on the Vallelunga race track near Rome.

This is far more than Urus with a bit of extra power, as Lamborghini has been pretty extreme with the changes. The standard car’s more softly-focused air suspension setup has been replaced by stiffer steel springs, giving it more of a performance focus, while also sitting 20mm lower.

Even before its reveal in August, a disguised Urus Performante set the SUV record up the infamous Pikes Peak hillclimb in Colorado, with a signal of its sporting intent being that you can spec it with semi-slick Pirelli tyres – the first ever to be fitted to an SUV.

However, thanks to a raft of weight-saving measures, it’s a touch quicker than the regular Urus – the Performante taking just 3.1 seconds to hit 0-60mph – three-tenths of a second faster. The top speed also stands at 190mph.

Drive is also sent to all four wheels, with an eight-speed automatic gearbox being adopted. There are a number of other measures at play too, including a clever electronically-controlled anti-roll bar, as well as rear-wheel steering that provides greater low speed manoeuvrability, and then stability at higher speeds.

Vallelunga is quite a challenging track, and one even used by F1 teams to test out their cars. In other words, it’s the last place you’d think to put an SUV. But the Performante is an astonishingly good effort. For a car weighing 2,150kg (43kg less than the standard car in its defence), it is remarkably agile.

Left in the most extreme ‘Corsa’ drive mode, the way the Urus can comfortably and safely carry speed through the bends is astonishing. The grip from the Pirelli P Zero Trofeo R tyres means you can get on the accelerator hard out the other side of a corner without it feeling unsettled, too. The plentiful pace is also joined by a new titanium Akrapovic exhaust system, which makes a delightfully menacing and anti-social noise on full chat; crackling when you ease off.

Combined with ceramic brakes, it’s a remarkable take on an SUV. Our driving was limited to the track, so we can’t give a full verdict. However, the steel suspension is likely to prove particularly firm on a day-to-day basis next to the standard car’s air setup.

Lamborghini knows its audience and the Urus Performante is as bold and obnoxious as SUVs come. Though the standard car is hardly a shrinking violet, the Performante is a far more menacing-looking brute.

Lamborghini is proud of the fact that the Performante possesses the most carbon fibre of any SUV on the market (it’s the little wins, right?), and it’s prominently there on the wheelarch surrounds and lower sills and bumpers to make it separate from the regular Urus. A carbon bonnet is a standard feature to lower the weight, though you can option it to come in an exposed finish, and a carbon roof can be fitted as well. That new rear spoiler also helps to generate 38 per cent more downforce.

Alcantara is a material widely associated with sportiness in a car and Lamborghini has certainly made the most with this suede-like interior. It’s absolutely everywhere, from the seats to the dashboard – even the parcel shelf is trimmed in it. Though you can choose to have a contrasting colour on the side of the seat, the majority of the Performante’s interior is black Alcantara. It’s a slight shame customers don’t have such a wide variety of colour options as the rest of the Urus line-up.

Aside from this, though, much of the interior is the same as the standard car. That means you’ve got the cool drive mode selector on and a switch you have to flick up to press the engine start button on the central ‘Tamburo’. It’s elements like this that add to the special feel of the Urus. Though this SUV might be based on the Audi Q8 deep down, Lamborghini does a great job of disguising it.

On the equipment front, the highlights of the Urus are its performance parts. There’s all that carbon fibre which isn’t cheap, along with the titanium Akrapovic exhaust system and Black Alcantara interior.

All Urus models also come with a fantastic digital instrument cluster, which gets specific Performante graphics here, along with a dual touchscreen setup – one looking after the traditional media settings, and another handling the climate menu.

Performance SUVs often fall a little short of the mark – usually being quick but lacking that agility that comes from smaller models, and often come with the caveat ‘they’re not bad for an SUV’.

But the Urus Performante doesn’t seem to need that caveat. The way it can go around corners while remaining flat and poised is nothing short of staggering for something weighing in excess of 2.1 tonnes, while the Performante only amplifies the visual and audible drama that has helped to make the Urus such a hit.

We’ll need to wait to try it on the road first to see if it’s capable of toppling the mightily impressive Porsche Cayenne Coupe Turbo GT and Aston Martin DBX707, but the bar has truly been raised.

The Ferrari 296 GTS is a convertible supercar without...
Next Story »