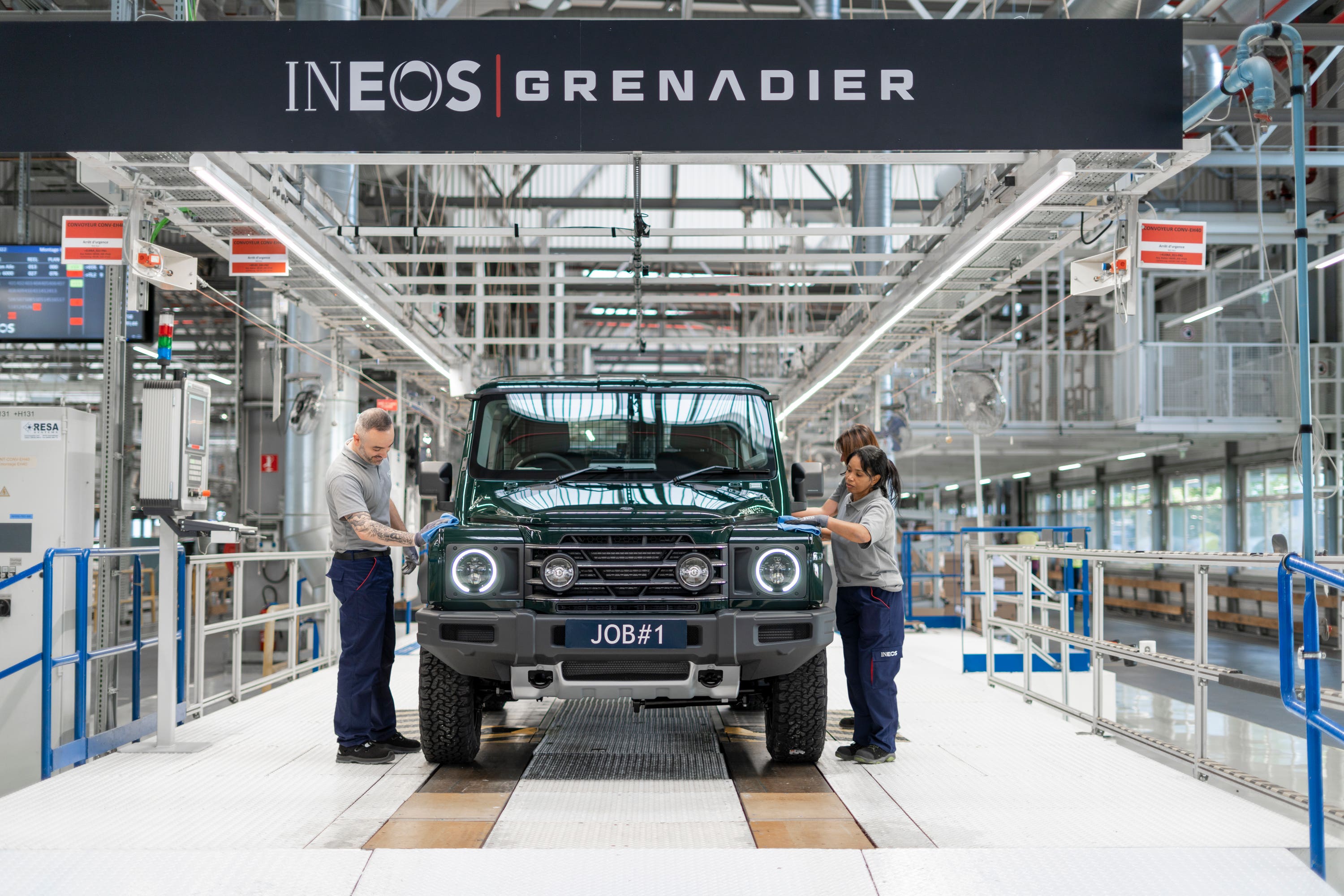 Rugged vehicle that aims to plug gap left by Land Rover Defender is now being produced in France.

Ineos has started production of its Grenadier – a rugged 4×4 that aims to fill the vacant gap left by the Land Rover Defender.

It’s the idea of Sir Jim Ratcliffe, one of the UK’s richest men, who decided to take his petrochemicals business Ineos into the automotive industry to create the ‘world’s best and most uncompromising SUV’.

Revealed in 2020, the Grenadier’s production was due to start in July 2022 but was delayed by supply chain issues that have been affecting car firms globally.

Now the first Grenadiers – named after Ratcliffe’s favourite pub in London – have rolled off the production line in Hambach, eastern France, close to the German border.

Mark Tennant, Ineos Automotive commercial director, said: “We’ve come a long way since the project kicked off in 2017 and this is a landmark moment for Ineos Automotive as a vehicle manufacturer.

“To get to this point is testament to the resilience and hard work of the entire Ineos Automotive team, our development partners and our suppliers – for which we thank them all as we now look forward to making our first deliveries to customers.”

Full manufacturing isn’t expected to happen until December, however, with first customer deliveries likely to be delayed until early 2023, with the initial cars likely to be used as demonstrator vehicles by the firm.

Ineos originally planned on producing the Grenadier in Bridgend, Wales, but changed its mind in December 2020 – announcing instead that it had bought the Smart car factory in Hambach from Mercedes-Benz. Ineos still produces the iconic Smart models on behalf of the German firm in the same plant.

The Grenadier promises supreme off-road capability, and uses BMW-sourced engines for its powertrains. It’s available in a commercial vehicle guise, along with a station wagon model.

Lamborghini needs to totally embrace electrification and not just...