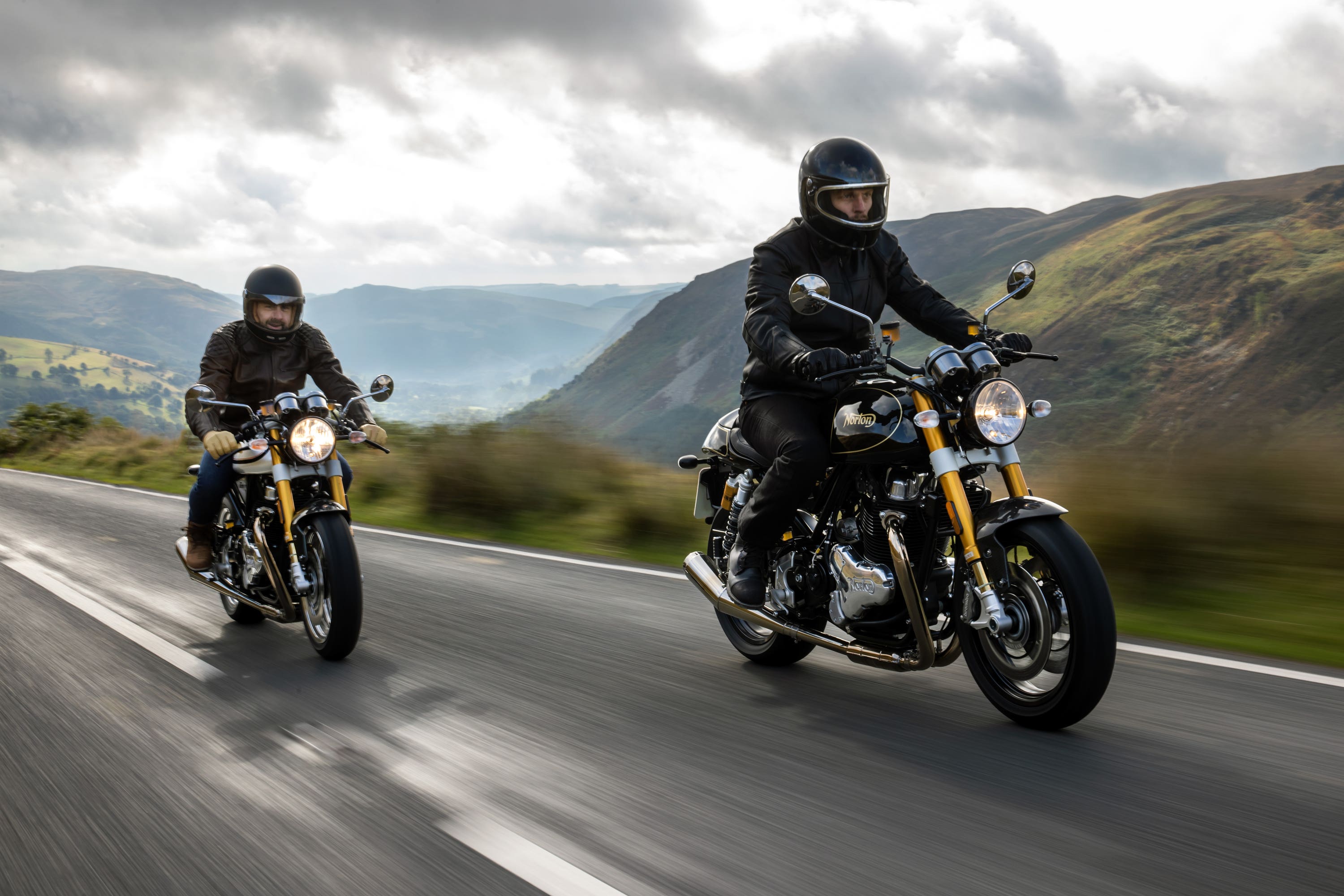 Norton has launched the latest version of its iconic Commando.

Called the Commando 961, it’s a new take on the firm’s classic motorcycle built at its facility in Solihull. Two versions are available from the off; the SP and CR.

Both use the same 961cc parallel twin engine with 76.8bhp and 81Nm of torque, linked to a five-speed gearbox. Up front, the Commando 961 uses 43mm Öhlins forks, which are adjustable for preload, compression and rebound damping. Then, at the rear, there’s a twin-shock setup from Öhlins. All bikes get a Brembo braking setup as standard, too.

The Commando 961 also incorporates classic styling elements such as its hand-built frame and exhaust, while two colour options – Matrix Black and Matrix Platinum – are available. The former is contrasted by a gold Norton logo and pinstriping, while the Platinum version adds to its black pinstripes with red detailing.

Though polished aluminium alloys are there as standard, the SP can also be specified with black rims instead.

The difference between the two specifications is the front profile. The SP adopts a more traditional upright handlebar setup, while the CR opts for ‘clip on’ style bars instead. Both are made from solid aluminium.

Dr Robert Hentschel, Chief Executive Officer at Norton Motorcycles, said: “The Commando name is iconic and is unmistakably Norton. Our new generation Commando 961 SP and CR pay respect to timeless design whilst harnessing a modern flare. We’ve built a motorcycle that is unique and beautiful.

“At our state-of-the-art facility in Solihull, and thanks to the £100-million investment from TVS Motor, we have hand-crafted a motorcycle that is befitting of the new Norton brand and one that marks yet another significant milestone in our journey.”