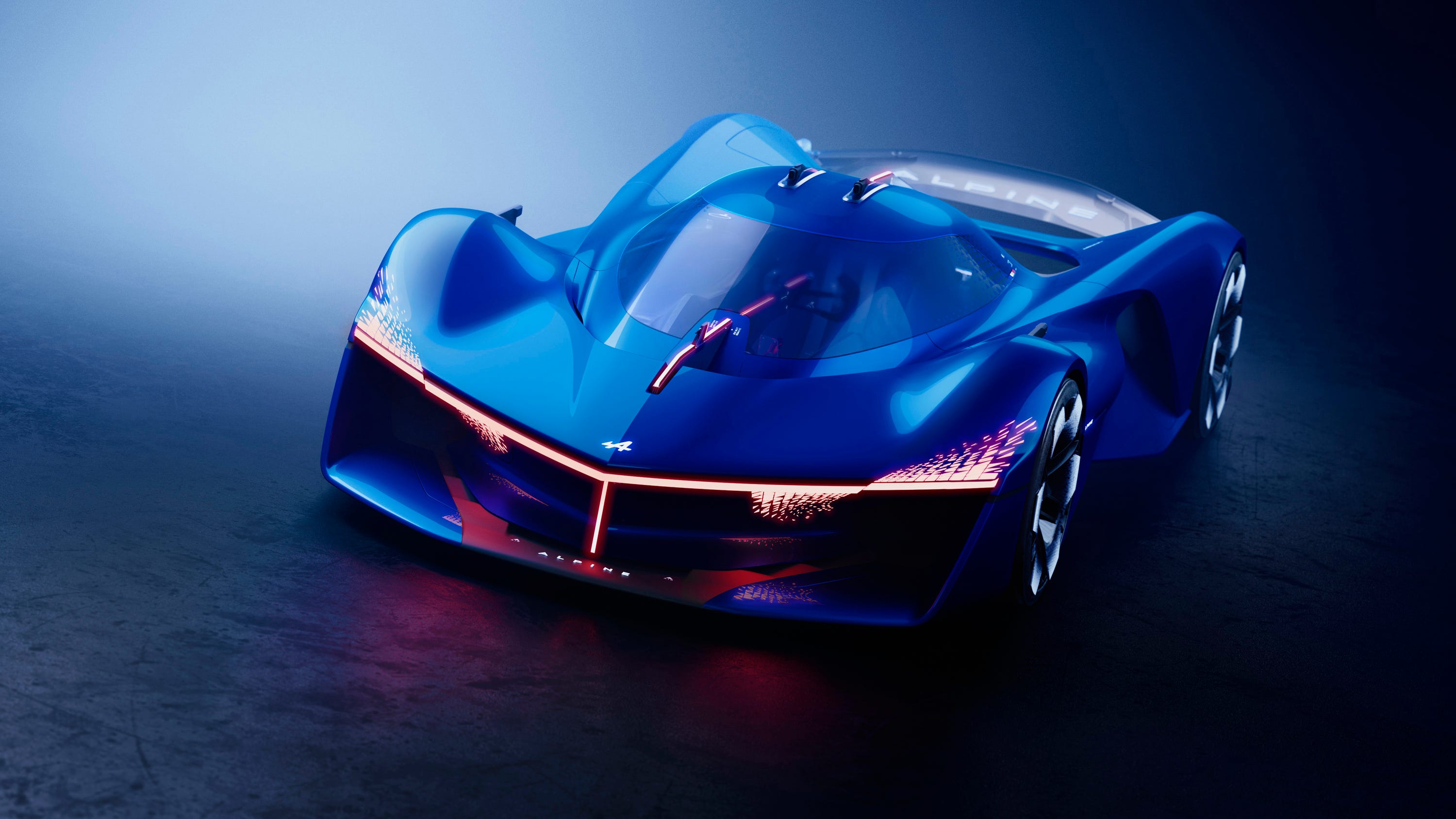 Alpine’s Alpenglow concept has been revealed in full, showcasing a striking look at the future of the French firm.

Incorporating hydrogen power, the Alpenglow has been designed to resemble a wingsuit, which Alpine calls ‘the most extreme of mountain sports’. Named after the reddish glow that appears over the mountains before sunrise, the Alpenglow is a single-seater model in which the driver sits on the centre line between two hydrogen tanks.

The concept car’s body is transparent with a blueish hue, allowing you to make out the driver through it. Inside, there’s a geometric steering wheel inspired by Endurance racing cars. The paddle shift for the gears are transparent and backlit, while different buttons allow the driver to control aspects such as the on-board regenerative braking. The wheel also has an ‘overtake’ button to deliver a short power boost.

The driver uses a prism-shaped key to start the vehicle, inserting it into a slot in the steering wheel.

Laurent Rossi, Alpine CEO, said: “Alpenglow’s mighty and lavish design hints at what Alpine cars will be like tomorrow and at our vision for motor sports moving forward. With hydrogen technology on board, we are strengthening our commitment to a responsible future and to keeping driving pleasure as real as ever.”

The Alpenglow also rides on snowflake-shaped wheels, while the triangles in the centres mirror the on that features on the steering wheel. At the rear, there’s a spoiler which is also transparent. Alpine says that it moves to reduce drag and increase downforce, too. In all, the Alpenglow measures more than five metres long and over two metres wide – but less than one metre high.