Is the Flying Spur Hybrid a glimpse of Bentley’s future? 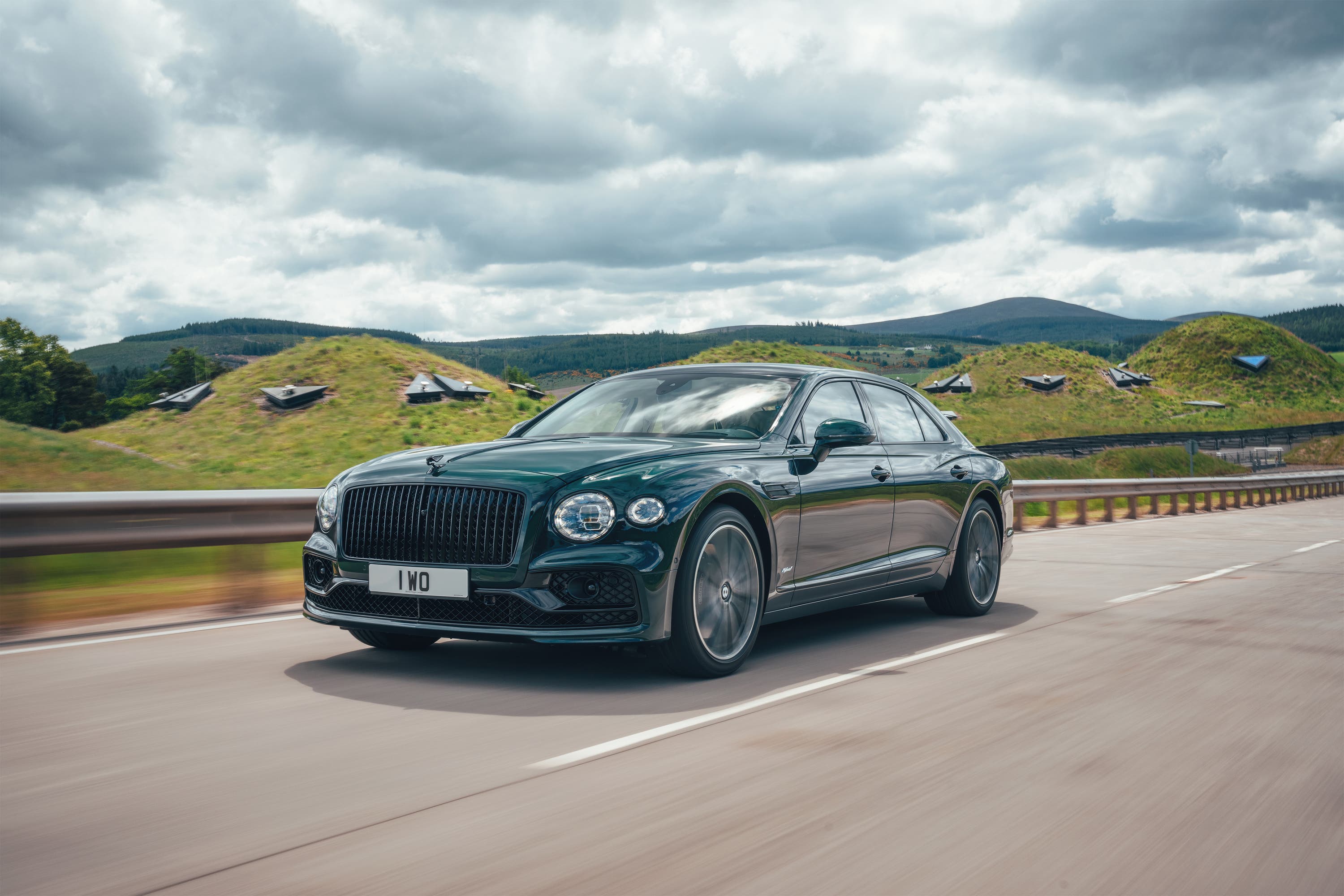 Luxury saloon uses a combination of petrol and electric power. What’s it like? Jack Evans has been finding out.

Bentley and big engines have a history that goes back decades. Even today, Bentley’s V8 and W12 engines form a key part of its engine range, delivering that luxurious performance that many buyers are after. But even Bentley has to acknowledge that the future of motoring has electrification within it, which is why the Crewe outfit is continuing to explore alternatives.

Following in the wake of the Bentayga Hybrid comes this – the Flying Spur Hybrid. It’s a version of Bentley’s luxury saloon outfitted with a fuel-sipping petrol-electric setup. But can it deliver the kind of sumptuous experience that Flying Spur customers are traditionally after? Let’s take a look.

From the outside at least, this Flying Spur gives away very little about its hybrid underpinnings. Sure, there are some small ‘Hybrid’ badges on the flanks, but it’s a car that doesn’t shout loudly about its electrical assistance. Inside, you’ve got the same ultra-luxurious cabin as you’d find on the regular Spur, albeit with a few hybrid-specific driving mode buttons.

The Flying Spur, despite its switch in powertrain, still has a firm focus on comfort and refinement. This new Hybrid version, it should be mentioned, doesn’t replace existing petrol-powered versions but acts as an addition to the range for now.

With its promise of being the ‘most environmentally friendly Bentley to date’, the Flying Spur comes complete with a 2.9-litre V6 petrol engine which is then linked to 100kW electric motor. Combined, you get 536bhp and 750Nm of torque, with zero to 60mph taking 4.1 seconds and a top speed of 177mph possible if you have the space and ability to do so.

But thanks to an 18kWh battery, the Flying Spur Hybrid will also manage over 25 miles on electric power alone – and after a full charge (which takes two and a half hours to fill on a rapid charger), we saw around 30 miles in the electric tank. Bentley also claims up to 85.6mpg combined and impressively low CO2 emissions of 75g/km.

The ability to drive on electric power alone only elevates the quiet experience that you get from the Flying Spur. It can be used at motorway speeds, too, but we found that the EV power was best saved for around town, where it makes the Flying Spur even more relaxing to drive.

But this hybrid engine definitely isn’t lacking in performance. In fact, with that battery fully topped up there’s some real zip away from the line, with the petrol engine chiming in when more performance is required. But it’s all extremely well calibrated together – there’s very little to showcase the transition from electric to petrol power – while once the electric energy is fully depleted, you’re still left with a very refined V6 engine.

As we’ve already mentioned, there’s not an awful lot to distinguish the Hybrid from the rest of the Flying Spur range. You’ve got an extra filler cap to cover the charging point, of course, while oval exhaust pipes are another tell-tale feature of these battery-assisted versions. But, in truth, this approach works well for the Flying Spur. The only real flag came from pedestrians who look at this more than five-metre-long saloon and wonder why it’s moving without making any noise.

‘Our’ test car came in a particularly striking green shade with contrast orange sections though, as with any Bentley, there are thousands of exterior colours and trim pieces to choose from.

The cabin of the Bentley remains as exquisitely fashioned as you’d expect a car from this brand to be. There are some clear aspects that come from Bentley’s Volkswagen Group owners – the steering wheel buttons being the most noticeable – but everything is well fitted together and easy to access. Those sitting in the rear can enjoy loads of legroom, too, alongside independent seat adjustment controls and motorised fold-out tables.

In terms of boot space, the Flying Spur Hybrid offers 351 litres. That’s considerably down on the 420 litres you’d get in the petrol-powered Spur and much of the Hybrid’s boot is taken up by the charging cables. Having said that, you’re most likely to leave the large three-pin connector at home rather than carting it around with you, so this does free up more luggage space.

The Flying Spur Hybrid is a really compelling example of why the future doesn’t have to be bleak for big-engined Bentleys. It’s got the kind of performance that you’d expect from a car of this type, while its ability to travel on electric-only power means that the refinement levels are taken up a notch over the petrol version.

It’s a shame that this transition in powertrain has dented boot space considerably, but in all other areas this is one impressive plug-in hybrid.