Is the BMW M440i the ultimate everyday performance car? 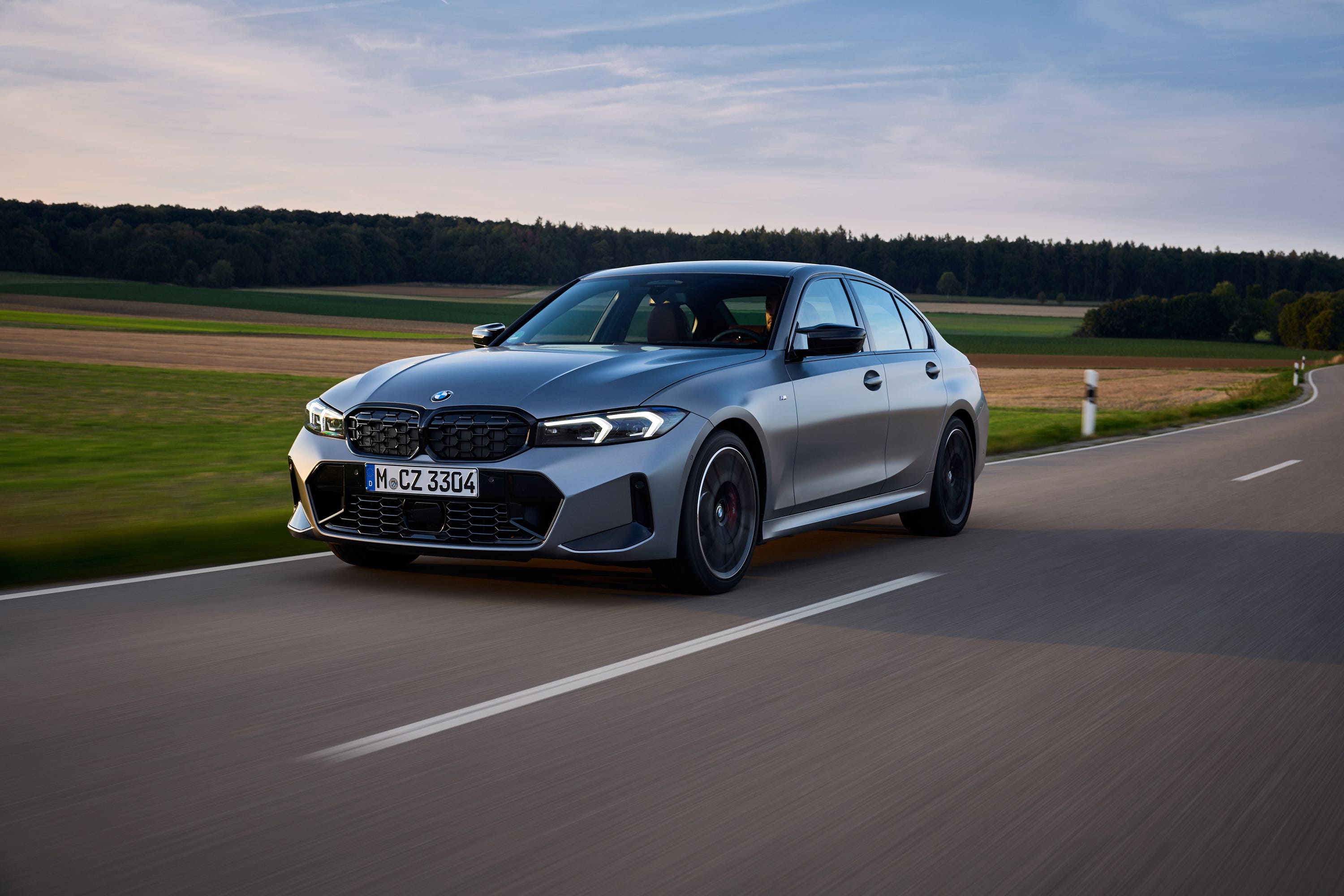 BMW has revised its popular 3 Series. Ted Welford tries it out in flagship M440i guise.

Though you might only consider models like the M3 and M5 to be ‘true M cars’, BMW offers a number of ‘M Performance’ models across pretty much all of its range too.

Bringing a greater focus on sportiness and more performance than ‘regular’ models, they sit between the standard car and full-fat M Models.

Take the 3 Series, which is one of BMW’s biggest sellers, and of which up to 15 per cent of versions sold are these ‘M Performance’ versions. BMW has now tweaked them in line with the rest of the 3 Series line-up. Let’s find out what they’re like.

BMW has left the beating heart of the M340i and M340d the same as before, and we’ll explore more about its straight-six engines later.

But the majority of the changes on the latest 3 Series affect the interior, with the same Curved Display that’s been doing the rounds on BMW’s latest models, including the iX and 2 Series Active Tourer, now introduced here. The last interior was hardly disappointing, but there’s now a more minimalist and more modern look thanks to the addition of large screens for the digital instrument cluster and main touchscreen.

On the 3 Series, you can have your ‘M Performance’ model in two guises – the petrol M340i or diesel M340d. The latter might seem a strange choice, but its combination of 335bhp and a claimed 48mpg makes it quite desirable.

It comes as standard with all-wheel-drive too, along with an eight-speed Steptronic Sport automatic transmission. Getting to 60mph from a standstill takes 4.2 seconds, with the M340i’s top speed capped at 155mph. Yet it’s still surprisingly good on fuel, with BMW claiming up to 36.4mpg, with CO2 emissions between 177-193g/km. Not bad for a powerful six-cylinder petrol that does without any electrification.

Given how well the regular 3 Series drives, the M340i has some pretty solid foundations. This isn’t just a regular model with a bigger engine, either, as BMW has given it an ‘M’ differential, specific suspension, bigger brakes and a sports exhaust.

The result is excellent too, with the M340i certainly feeling far closer to an ‘M’ model. The real-world pace is particularly impressive, while in ‘Sports’ mode the exhaust makes a cracking sound. It doesn’t feel as special or as rewarding as an M3, but then again if you’re buying a sporty 3 Series for daily duties, we suspect this M340i will be the much better choice. Stick it in the ‘Comfort’ setting and the ride is brilliantly compliant, and also very refined and quiet too.

BMW has worked to sharpen up the design of the latest 3 Series, with slimmer LED headlights included along with remoulded bumpers and a redesigned grille. Unlike the M3, though, the M340i’s grille remains quite small and relatively subtle.

And it’s this subtlety that is the key draw to the M340i, as unless you were in the know, it doesn’t look too different from a regular diesel 3 Series. Sure, there are slightly larger air intakes, a specific mesh design for the grille and exclusive 19-inch alloy wheels, but it doesn’t shout too much about its performance credentials.

As we’ve mentioned, the main change on the updated 3 Series’ interior is the new Curved Display, and rather than having two separate displays these screens are merged together into one stunning curved piece of glass. It has transformed the interior, and the iDrive infotainment software remains the best around, with crystal clear displays and seamless connectivity.

The rest of the 3 Series’ cabin is also filled with high-quality materials, and even though this might be BMW’s ‘cheapest’ saloon, it certainly doesn’t feel that way. As for spaciousness, the Saloon doesn’t fare too badly, though there are the impracticalities of having a saloon boot opening and slightly compromised rear space. The Touring is the better option in this respect.

With the M340i sitting at the top of the 3 Series line-up, the level of equipment on offer is impressive. Highlights include the fantastic Curved Display, fancy adaptive LED headlights and 19-inch alloy wheels. Heated sports seats are also included, along with a sportier suspension setup and front and rear parking sensors.

Few cars can claim to have such a wide sweep of talents as the BMW M340i. With its strong performance, everyday practicality and refinement and comfort, it could be the ultimate all-rounder – even more so in Touring guise.

Some might perhaps not find it quite engaging enough behind the wheel, but we reckon few will be left unsatisfied, unless driven back-to-back with an M3. With a much-improved interior, the M340i has never seemed so appealing.

Is Volkswagen’s ID Buzz a fitting successor to the...
Next Story »