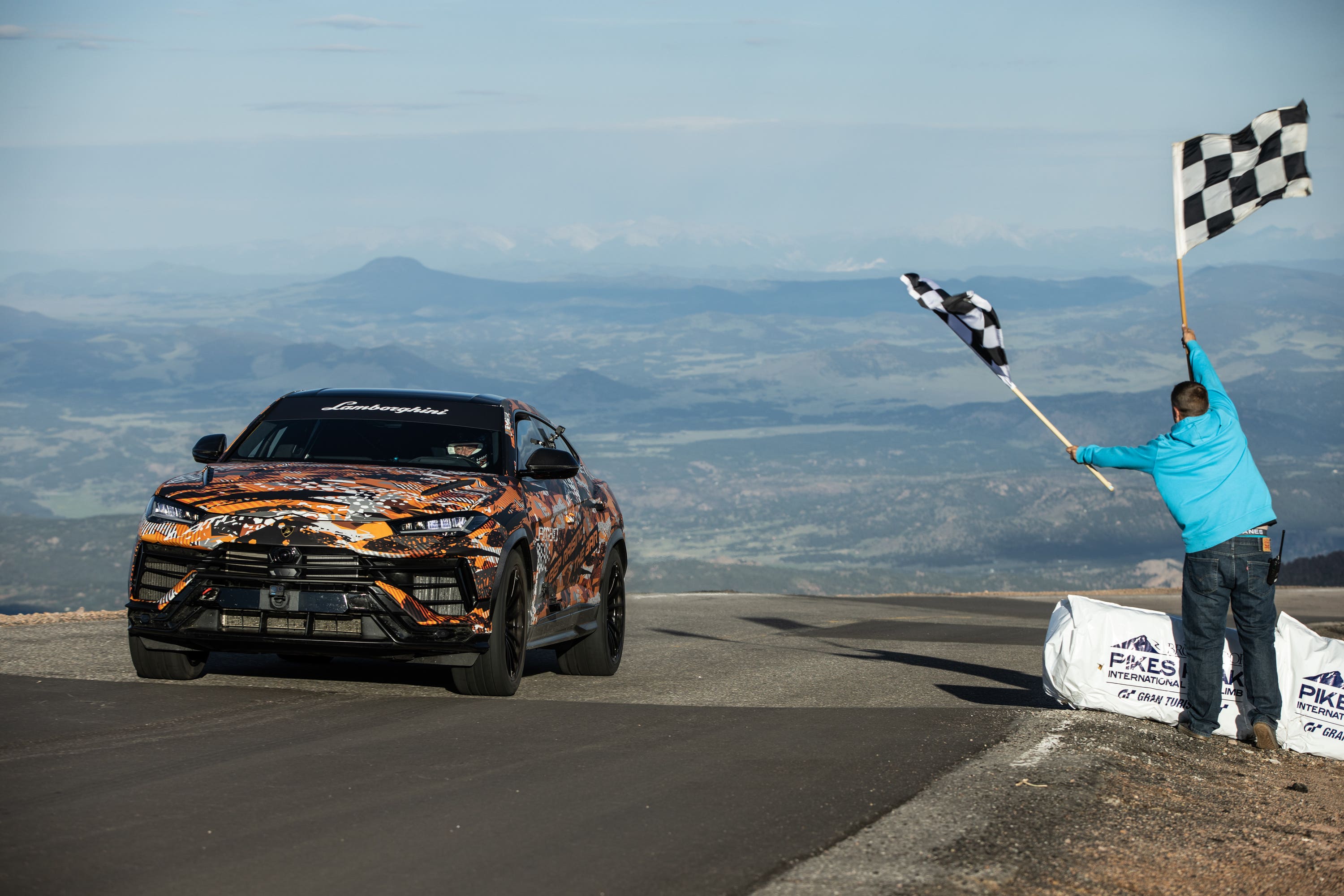 Lamborghini has set a new fastest time for an SUV tackling the famous Pikes Peak International Hill Climb with an updated version of its Urus.

Arriving in 2018, the Urus was Lamborghini’s first modern-day SUV and has been a huge success – accounting for more than 60 per cent of the Italian supercar firm’s sales in the first half of 2022.

Lamborghini is now readying an updated model, and ahead of its unveiling later this month it has showcased its capabilities up the famous Pikes Peak hill climb in the Rocky Mountains near Colorado Springs. The road that the hill climb ascends, which starts from an altitude of 2,862m and goes up to 4,302m, was closed for the run.

Still wearing camouflage, the Urus managed the 12.42-mile hill climb in just 10 minutes 32 seconds, with Pirelli test driver Simone Faggioli at the wheel. Although Lamborghini says the car wasn’t entered into the official race, it added that the time was recorded by official timekeepers of the Pikes Peak International Hill Climb.

The previous SUV record was achieved in 2018 by a Bentley Bentayga, which set a race day record of 10 minutes 50 seconds with Rhys Millen at the wheel.

“Pikes Peak is the most famous hill climb event in the world, as well as being extremely challenging for the car. The uneven track layout tests the chassis’ balance, the significant altitude differences stress the powertrain, and the weather conditions can change very rapidly between start and finish.”

Lamborghini says the Urus was equipped with the standard twin-turbo V8 engine, which produces 632bhp in the current car, but may increase as part of the update. To comply with the safety regulations of the hill climb, it was modified to include a roll cage, a race seat with six-point harness and a fire extinguishing system.

The 22-inch wheels were also shod in new Pirelli Zero Trefeo R tyres – semi-slicks, and the first to be developed for an SUV.