BMW M2 hits the track ahead of October reveal 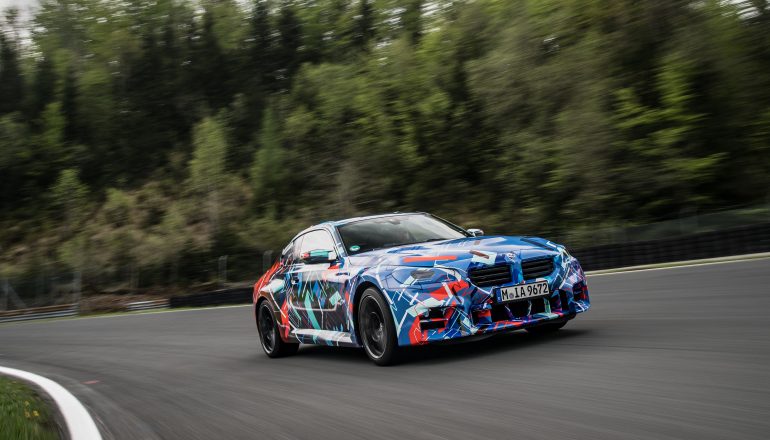 BMW has revealed new camouflaged pictures of its new M2 sports car, ahead of its reveal later in the year.

The previous generation M2 went down as one of BMW’s best performance cars to date, and there are high hopes resting on this upcoming model. Shown being through its paces at the Salzburgring track in Austria, the M2 gets a more muscular look than the 2 Series Coupe it’s based on.

With its widened wheel arches and quad-exit exhaust system, it clearly shows its performance intent. However, BMW is being very tight-lipped about details of the new M2 – simply saying it ‘boasts a similar performance level to the M2 CS’, which produced 444bhp. BMW will also want to give it a noticeable power boost over the 369bhp M240i.

Retaining the previous car’s rear-wheel-drive layout, the new M2 will be offered with a choice of a six-speed manual or eight-speed M Steptronic automatic, and BMW says the gearboxes ‘guarantee that the power is applied extremely dynamically, redefining sheer driving pleasure’. A bespoke M chassis is also fitted, while its brakes and engine are both derived from the more expensive M3 and M4 models.

This year is rather busy for BMW’s M division as it celebrates 50 years. The firm is showing off a whole range of models to mark the occasion, including the lightweight M4 CSL revealed recently, while the first ever M3 Touring will be showcased at this month’s Goodwood Festival of Speed. A new M2 will also play an important role in the celebrations.

BMW has confirmed the new M2 will be unveiled in October, with its market launch following in April 2023. 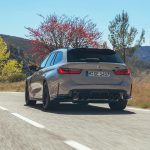 What is the new BMW M3 Touring going up...
Next Story » 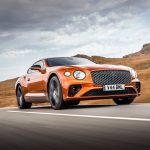 Bentley takes luxury to a new level with Continental...