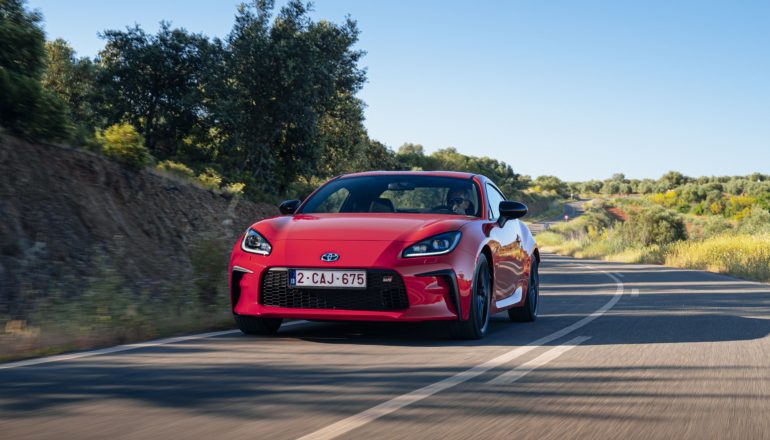 The first GT86 has gone down as one of the all-time greats. JACK EVANS has been to find out if the GR86 replacement is just as good.

The original GT86 proved to be somewhat of a hit for Toyota. Its lightweight ethos, relatively low-powered engine and more slippery, eco-focused tyres meant that it was beloved by enthusiasts who could appreciate the GT86’s driver-centric approach.

So how do you deliver the tricky second album? Well, for the newly-named GR86 – enabling it to fall under Toyota’s Gazoo Racing range of vehicles – that means more power, more grip and much broader use of lightweight materials to make it a little more focused than its predecessor. Does that make it any more fun? We’ve been out to Seville to find out.

Toyota has done a great deal with this car over the one it replaces. The engine is more powerful – but more on that later – while grippier Michelin Pilot Sport 4 tyres replace the Primacy rubber fitted to the GT86, which famously were the same ones you’d get on the hybrid Prius.

Inside, there’s a little more technology than before, while the steering, suspension and braking have been revised to make the GR86 even more capable than the car it follows. Even the car’s rigidity has been boosted, up 50 per cent on the GT86.

It’s under the bonnet where things have been given a real push. The naturally-aspirated engine uses the same basic block, but capacity has been increased from 2.0-litres up to 2.4, with power increasing to 231bhp from 197bhp as a result. Torque has gone up too, rising from 205Nm to 250Nm, and it’s delivered earlier too in order to give a more linear, progressive acceleration. Drive is sent to the rear wheels via a six-speed manual gearbox, though an automatic version is available too.

When it comes to performance times, the GR86 returns a respectable 0-60mph time of 6.1 seconds and it’ll carry on to a top speed of 140mph, too. It’s not too bad in the efficiency stakes, either, with Toyota claiming up to 32.5mpg combined and CO2 emissions of between 198 and 200g/km.

It’s from behind the wheel where the old GT86 really shone, so it’s pleasing to note that the same can be said for the GR86. That boost in power only worked to emphasise the car’s balance, with its nimble steering and well-managed body control working in tandem to make it very good fun to drive. We drove it on a circuit, too, and found it to be just as capable there too.

The engine note is a little muted – it’s piped in on the GR86 rather than being sent through a plumbed-in ‘tube’ directly from the engine as was the case on the older car – but it doesn’t stop you from stretching the engine out whenever the opportunity strikes. The six-speed manual is accurate and easy to use too, but it’s the GR86’s balance that really makes its presence known in the whole experience. The grippier tyres don’t diminish the GR86’s involvement, either.

Toyota hasn’t gone to town with the redesign for the GR86, but the tweaks that have been made definitely work to make this car even better to look at on the road. The front headlights appear sharper, while new air intakes by the front wheels are fully operational and aren’t just there for show.

It’s much the same around the back, too, where there are thinner rear lights connected by a full-width trim section. The GR86 is also 10mm lower than its predecessor, while also having an extra 5mm on its wheelbase. This helps to give this new version a more aggressive, sporty stance on the road. There’s also a new colour – called Ignition Red – which looked particularly good underneath the Spanish sun we were testing it in.

Toyota hasn’t messed around with the driver-centric approach that you got in the GT86 and that’s no bad thing. The seating position is good, though we do wish that the steering wheel could come slightly closer – that is quite a personal requirement, mind you. The material quality is still quite low-rent, with cheaper feeling plastics used across the lower sections of the dashboard.

Rear-seat space will be tight even for children, so it’s best to regard the GT86 as a 2+2, rather than a fully-fledged four-seater. There are 226 litres of boot space, too, while the rear seats can be folded down to expand this further. Plus, as with the old GT86, the GR86 has enough luggage space to carry four of its own wheels and tyres, should you need to take replacements to the track with you.

The big upgrade to the GR86 is its infotainment. It’s based around a new eight-inch screen and has been made quicker and more responsive. In truth, the native menu is quite plain and can be a little tricky to navigate, but fortunately, both Apple CarPlay and Android Auto are included, so you can use this to easily mirror your smartphone on the screen. It works well, too, and expands right to the edges of the display.

There’s also a small driver display ahead of the steering wheel which relays some key information and changes to a racier design when Track mode is selected. Again, it’s not as intricate as the displays on other current sports cars, but it’s clear and easy to read – so it’s hard to complain about.

The GR86 feels like an extension of the original. This is no complete rewrite, more a cleverly revised second edition. The extra power hasn’t made the GR86 feel too ‘grown up’, but instead allows you to fully exploit the balance and poise that the chassis has to offer. It was a bit of a concern to learn that the GR86 would be wearing more performance-orientated tyres, too, as there was the potential to take away some of the ‘fun’ of the original GT86, but these worries have been put to bed with this test.

It’s just a shame that the GR86 will only be on sale for a short time. This is the kind of car that needs to be enjoyed while it’s still here. 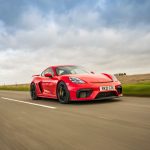 Is the new Kia Niro a fitting replacement for...