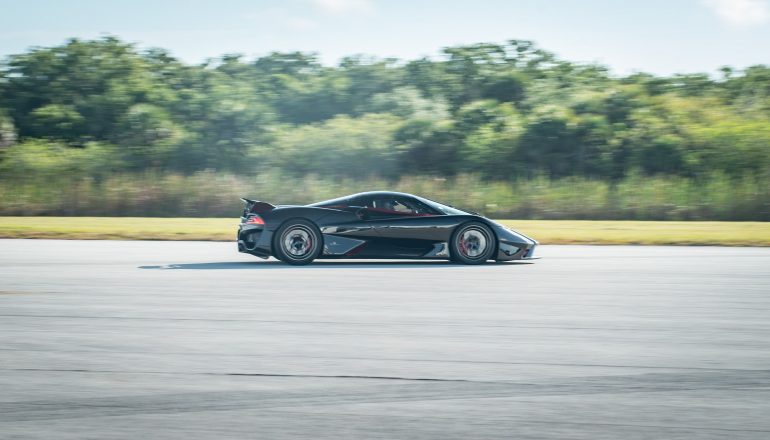 Hypercar was driven by a customer at the Kennedy Space Center Merritt in Florida.

The hypercar was piloted by car collector and Tuatara customer Larry Caplin, who was also behind the wheel when the model hit a two-way average of 282.9mph last year.

However, this new record appears to be from a single run, with SSC noting that the information was recorded by data logging firm Racelogic, who sent a technician to validate the figures alongside independent analyst Robert Mitchell.

Mitchell is the owner of Apex Nurburg, a performance car rental firm based at the Nurburgring Nordschleife race track in Germany. He was one of a number of prominent online personalities who questioned claims from SSC in 2020 that it had broken the world production car speed record with a two-way run average of 316mph.

Concerns were raised as analysis of the video footage did not tally with the speeds that were being claimed. Dewetron, the company that made the GPS data logging technology used in the run, said it did not have a technician on site to check the device was correctly calibrated, with SSC later admitting it could not verify the top speed claims it had made.

In later runs, the firm has worked to provide more transparency to ensure its claimed figures are accurate.

Speaking after the latest run, Mitchell said: “I think this car is a 300 car all day. The sheer acceleration at these high numbers above 250, 260, even into the 280s, it’s hands down the fastest car that I have seen.

“The acceleration is there, the top end is there, and I believe that this is the only car that I know of right now that can be verified running 300, especially in such a short distance.”

The SSC Tuatara uses a twin-turbocharged V8 engine that makes 1,726bhp while running on E85 or methanol fuel. It has a carbon-fibre monocoque that is lightweight while also providing extra safety for the driver. 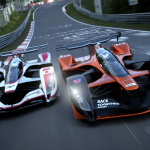 The car racing games to look forward to in...
Next Story » 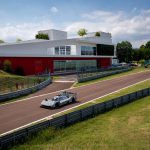