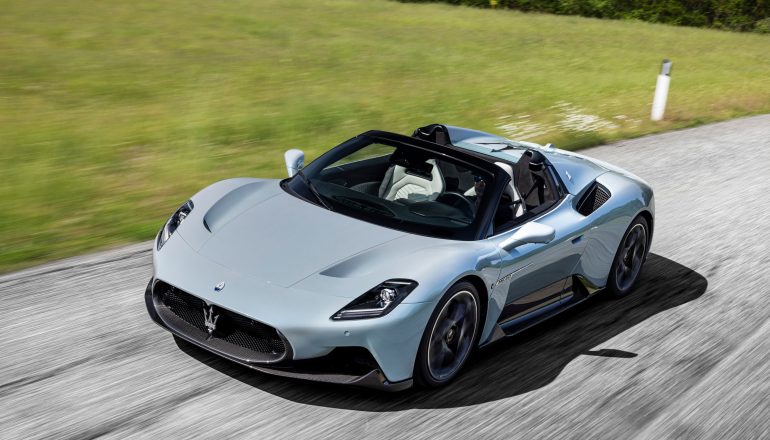 Maserati has unveiled the convertible version of its MC20 supercar – called Cielo.

Powered by a 621bhp twin-turbocharged V6 engine, the Cielo manages to weigh just 65kg more than the hardtop version. It’ll also manage the 0-60mph sprint in just under three seconds.

Underpinned by a carbon-fibre platform – the same one that is used under the coupe and will be utilised by the upcoming electric version – the Cielo features an electric folding roof that can be opened or closed in 12 seconds. Launch versions of the car will also feature a new three-layer metallic colour called Acquamarina, which is also available as part of Maserati’s Fuoriserie customisation programme.

A clever electrochromatic window is also fitted to the Cielo and it can be changed from clear to opaque at the touch of the central screen. It uses polymer-dispersed liquid crystal technology to quickly change how much light is allowed to enter the cabin. The same butterfly doors as the coupe feature on the Cielo, too.

A variety of safety systems have been fitted to the Cielo, including blind spot monitoring, autonomous emergency braking and traffic sign recognition. A new 360-degree parking camera is included, too.

There’s also the option to add a premium sound system from Sonus Faber. It has been specifically designed for this convertible version and incorporates 12 speakers to create a ‘natural sound’, according to Maserati.

Much like the hard-top, the Cielo incorporates a stripped-back interior but features high-definition screens giving access to a variety of functions. 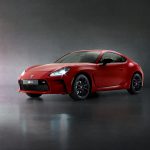 The performance cars you can still get with a...
Next Story » 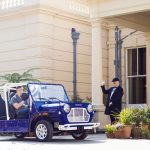 The first electric Moke has rolled off the production...