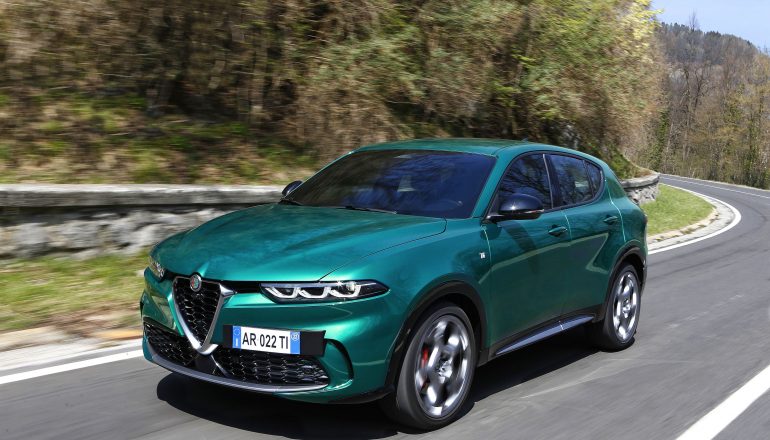 The Tonale has been a long time in the making, but what’s it like now that it is finally here? JACK EVANS finds out.

Does the Alfa Romeo Tonale look a little familiar to you? Well, there’s a good reason for that, as it was first revealed at the Geneva Motor Show way back in 2019 where it arrived as a new addition to Alfa’s SUV range, slotting underneath the Stelvio. However, it has taken up until now for it to reach the public road.

With hybrid powertrains and a variety of new technologies and features, Alfa is really throwing a lot of weight behind the Tonale. But with so many competitors to go up against, this family SUV definitely has its work cut out. We’ve been out to Italy to see what it’s like.

This is an important car for Alfa Romeo and one which falls into a segment with many established, well-regarded competitors. So on top of the usual Alfa Romeo styling – which looks even better in the metal than it does in pictures, in our opinion – there aims to be even greater driver involvement through tuned dynamics, as well as good levels of practicality and standard equipment.

It’s capable of receiving over-the-air updates, too, while Amazon’s Alexa voice assistant has been fully integrated to allow you to communicate with other compatible devices in your home. For instance, you could ask your home smart speaker to tell you the fuel level in your car – all via Alexa.

The 1.5-litre turbocharged petrol engine with a compact electric motor and battery for improved efficiency and the ability to run on EV-only power at very slow speeds, such as when parking or in traffic. Soon, Alfa Romeo will add a full plug-in hybrid setup to the Tonale range, which will be capable of returning around 37 miles of electric-only range.

This 1.5-litre is still a frugal option, mind you, with Alfa claiming up to 49.6mpg on certain models alongside CO2 emissions of as low as 130g/km. All cars are front-wheel-drive too, driving power through a seven-speed dual-clutch automatic gearbox, with 0-60mph being achieved in 8.8 seconds and a top speed of 130mph possible thanks to 158bhp and 240Nm of torque.

Moving off, the Tonale does well to maintain that silent electric-only propulsion that you get from larger-battery hybrids and this makes town driving very pleasant, as well as quiet. Of course, the engine soon cuts in, but the transition is reasonably smooth, with the 1.5-litre unit itself producing a surprisingly pleasant engine note when given the request to provide more power.

It actually feels reasonably brisk, too, and it’s backed by pleasant steering which feels accurate. On twisty roads, the Tonale feels really composed and impressively level, in fact. However, the seven-speed gearbox lets the package down, as it’s dim-witted and feels at times a little lost in its own ratios. Our Veloce-spec car was also fitted with adjustable dampers as standard, which offered a good amount of comfort in their standard setting, but were far too firm in sportier modes. The 20-inch wheels on our car probably compounded the issue further, mind you, so it could be worth fitting for a smaller alloy if you want a more comfortable ride.

One thing that nobody would have argued with when that concept came out in 2019 was the way that the Tonale looked, so it’s good to see that the original design has been largely carried over to this production version. It’s a great looking thing – in our eyes, at least – with a really purposeful front end and an equally distinctive rear section.

Our car was finished in a superb shade of green too, which only helped it to stand out. It might’ve been the native Italian crowd, but wherever the Tonale went it definitely turned heads and drew glances.

Space isn’t an issue inside the cabin of the Tonale, with great levels of room for those sitting up front and in the rear, too. It’s the latter that is particularly impressive, with loads of headroom and good knee room making this into a practical carrier for passengers of all sizes. The 500-litre boot has a variable floor and is square and really easy to access.

More of a disappointment is some of the material choices. Though we can’t fault the leather-type surface applied to the top of the dash, further down there are vast swathes of cheap-feeling plastic, particularly around the switchgear area. It’s the same story in the back, too. It’s a shame as the general appearance of the cabin is good, but it’s let down by these poor materials. Bearing in mind that this car will start from around £35,000 and it’s definitely not in keeping with the kind of finish that rivals are offering.

It’s a case of peaks and troughs with the Tonale. The engine is accomplished for its efficiency and decent EV-running ability, but it’s let down by the gearbox. The cabin, meanwhile, looks good and is spacious, but can’t hack it when it comes to material quality. It adds up to a car that feels a little muddled, in truth.

Then there’s the question of rivals. Just going off this indicative starting price, the Tonale falls slap bang in the middle of other options that just do things a little better and feel a little more rounded. It just feels as though the Tonale is hamstrung by a series of issues that stop some key attributes from shining to the fore. It’s by no means a bad car, but with premium aspirations come premium requirements and that’s something the Tonale doesn’t quite nail. 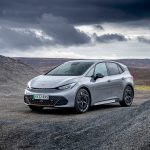 Is the Cupra Born a sporty EV worth considering?
Next Story » 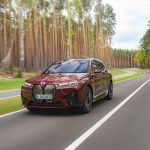 The BMW iX M60 brings fierce performance to this...