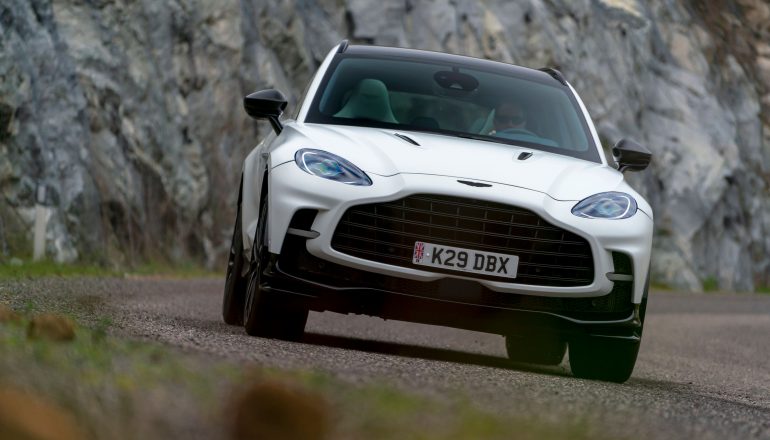 Aston has thoroughly reworked its DBX to create the DBX707. Jack Evans heads to Sardinia to see what it’s like.

The age of the super-SUV is well and truly upon us. These big-power behemoths are not only being produced by a variety of manufacturers but they’re being snapped up by plenty of buyers who appreciate the combination of earth-shattering performance and high-end touches that these cars bring.

Enter the Aston Martin DBX707. It’s a sharper, angrier and more powerful version of the regular SUV designed to offer a more involving driving experience than the standard – and already quite involving – DBX. We’ve been out to Sardinia to see what it’s like.

This isn’t a case of just throwing more power at something and leaving it at that. Oh no, Aston Martin has comprehensively tweaked and fettled the DBX707, adding a new nine-speed ‘wet clutch’ gearbox for faster shifts and larger carbon-ceramic brakes for improved stopping power and reduced weight.

There’s also a new electronic limited-slip differential at the rear, while the entire suspension setup has been reworked to allow the DBX707 to offer better body control without forsaking ride comfort. That latter feature is something Aston Martin has worked incredibly hard to retain, the brand said.

That said, there have been some big changes under the bonnet. The 707 keeps the 4.0-litre twin-turbocharged V8 as the regular DBX, but power has been increased by 155bhp and 200Nm to an impressive 697bhp and a huge 900Nm of torque. That 707 figure, by the way, refers to the engine’s output in PS, or metric horsepower.

All that power equates to a 3.1-second 0-60mph time and a top speed of 193mph. Efficiency-wise it’s not quite as bad as you might expect, with Aston claiming 19.3mpg combined. You also get an 87-litre fuel tank on the DBX707, giving it a decent touring range. ‘

It’s usually the case that a lot of small changes add up to a big difference and that’s definitely what has happened with the DBX707. All of those tweaks and edits have combined to create a car that handles like a model half its size and weight, working to ‘shrink’ around you as you pilot it. The engine, of course, is stratospheric in its performance and rockets you forward with the merest hint of throttle, but there’s far more working subtly behind the scenes, too.

The ride is one of the shining factors here. Even in its firmest, hardest setting, it’s still pliable and comfortable – which is remarkable given our test car rode on huge 23-inch wheels. In fact, we feel that Aston had space to go a little firmer. There’s grip, poise and agility aplenty, all accompanied by one of the very best exhaust noises too. And though there’s a small amount of piped-in sound, the DBX707’s noise feels genuine and pleasingly mechanical, with that titanium exhaust really paying dividends in this department.

“A big change here is the revised lower centre console area which gives quick and easy access to driver modes. Far more accessible than on the standard DBX, it makes tuning aspects such as the suspension and drivetrain to your liking a whole lot easier but does leave the area looking a little cluttered”

Aston Martin definitely upped the ante with the styling on the DBX707. It appears enormously wide thanks to its tweaked design, while the larger front grille and revised front intakes help to aid cooling to the engine, gearbox and brakes – so it’s all fitted for a very practical reason.

But it’s around the back where things get the most dramatic. There’s a huge rear diffuser that sits around the new exhaust system, while up top there’s a stubby spoiler to complete the look. Of course, looks are down to the individual, but we’d argue that the DBX707’s design is a great blend of aero-based practicality and flair. It’s also available in a good range of exterior colours, with certain blues and greens looking particularly good.

The basic formula of the DBX707’s cabin is similar to that in the standard car, but there have been noticeable tweaks made here. All cars come with sports seats as standard and they’re both supportive and comfortable – though, for those after a plusher seat, comfort versions can be included at no extra cost. As always, if you’re after customisation then Aston Martin’s ‘Q’ department will be able to create any combination of colours, trims and finishes you’re able to dream up.

A big change here is the revised lower centre console area which gives quick and easy access to driver modes. Far more accessible than on the standard DBX, it makes tuning aspects such as the suspension and drivetrain to your liking a whole lot easier but does leave the area looking a little cluttered. In terms of practicality, the 707 offers a decent 687 litres of boot space, with an extra 81 litres of underfloor storage.

You get a whole lot of standard equipment included on the DBX707. When it comes to in-car entertainment, things are centred around a 10.25-inch infotainment system. It’s controlled by a rotary dial and does feel a little behind the times, but Apple CarPlay connectivity does mean that integrating your smartphone is simple enough.

There’s also a 10.25-inch display integrated into the dials ahead of the driver and this is both clear and easy to read. The general material quality is tip-top, as well, with high-end finishers used across the board. Ergonomics-wise the seating position is great too, though it can still be a bit of a stretch to reach the gear selector buttons mounted atop the dashboard.

It can be a tough challenge to try and inject something weighing well over two tonnes with dynamism, but Aston Martin has more than achieved this feat with the DBX707. In terms of engagement and outright theatre, it’s the top of its class, with body control and balance that would even shame many sports cars.

But more than anything it’s the retention of outright refinement that shines through here. This is just as cushioned as the standard car but brings a whole lot more to the table in all other areas. Want to have your cake and eat it? It would seem that the DBX707 is the car to do it. 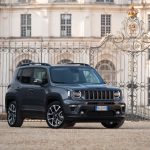 The Jeep Renegade e-Hybrid adds further electrification to the...
Next Story » 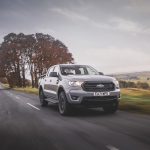