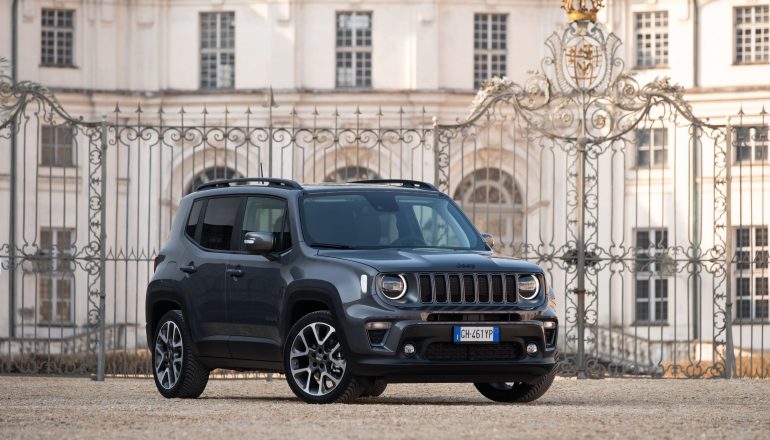 If you were asked to think of a big gas-guzzling SUV, it would likely be a model from Jeep that came to mind first. It’s true, this American brand purely sells crossovers and 4x4s, and for years has been kitting out its cars with large six- and eight-cylinder engines.

But as the climate crisis worsens and legislation forces manufacturers to take action, Jeep is changing. It launched a plug-in hybrid version of its Renegade in 2020, while last year saw the same powertrain installed in its Compass. Now, though, Jeep is going a step further and is introducing mild-hybrid versions to expand its electrification range, with these launching on the Renegade and Compass. But are they worth considering?

This e-Hybrid model is set to – in time – replace the existing petrol Renegade, but for the time being sits alongside it. Rather than electrify an existing engine, the setup here is all-new for Jeep, including both the unit itself and gearbox.

While we’ll explain full details later, this e-Hybrid also sees the introduction of a new special-edition. Called the ‘Upland’, it aims to major on sustainability with a range of recycled materials to promote Jeep’s ‘eco’ credentials.

This new e-Hybrid setup uses a turbocharged four-cylinder 1.5-litre petrol engine, combined with an electric motor housed within the new seven-speed dual-clutch automatic gearbox. There’s a belt-starter-generator electric motor too, which has the job of trying to make the switch between electricity and petrol seamless.

Combined, the two power sources produce 128bhp and 240Nm of torque, enabling a 0-60mph time of 9.5 seconds and a top speed of 118mph. Jeep won’t yet quote a fuel consumption figure, but you can expect around 45mpg, with CO2 emissions of 135g/km. All e-Hybrid models are front-wheel-drive too – you’ll need the 4xe PHEV if you want four-wheel-drive.

First things first, this e-Hybrid powertrain is not as pleasant as you would hope. Though Jeep claims the transition between electric and petrol is ‘silent’, it’s really not, with the powertrain feeling at times clunky and indecisive. The engine itself is held back by the hesitancy of the gearbox too, and leads to a whole load of engine noise when you put your foot down.

Though this new e-Hybrid promises to be 15 per cent cleaner than the standard petrol, it’ll only actually run on EV for a small amount of the time, such as in slow moving traffic or when decelerating. Even a gentle stab at the throttle brings the engine quite literally roaring into life.

That said, the light controls of the Renegade make it easy to drive and park around town, while the large windows mean visibility is pretty good.

Though the Renegade has been around since 2015, albeit with a significant update in 2018, it remains a smart and fun bit of design. In a day and age where people are trying to make their cars look like ‘coupes’, there’s something refreshing about its boxy and chunky styling, which makes it look a lot more rugged than many of its rivals.

It’s packed with cool details too, such as Jeep’s iconic seven-slot grille and big round headlights. This Upland launch edition certainly stands out as well, as it’s available in the bright Matter Azur paint colour, while also getting bronze accents and a contrasting black roof and wheels.

Not a lot has changed about the Renegade’s interior, and it’s the part that is just starting to show its age. Though still looking and feeling sturdy, it’s not as plush inside as many rivals are, while the 8.4-inch touchscreen and analogue dials just feel a bit old fashioned now. It hasn’t really benefited from any major changes as part of this move to hybrid either, bar an ‘e’ button near the gear stick and some slightly different energy diagrams on the trip computer screen.

On the plus side, it’s quite a practical choice, with its boxy shape meaning rear passengers don’t have to worry about hunching their head over. The boot, while not as large in size as some rivals, is still a boxy and useful shape. Clever packaging of the mild-hybrid system means it’s no less roomy than the regular Renegade too.

Oddly for a special-edition trim, the Upland is the entry-level option, though you still get a wide range of equipment, including 17-inch alloys, the aforementioned touchscreen, heated front seats and adaptive cruise control. This model also gets a range of ‘eco-friendly’ elements, such as stylish ‘Seaqual’ seats that are made of plastics extracted from oceans. We’re not a fan of the ‘there is only one Earth’ messaging though – it’s a bit rich for a Jeep that spends 90 per cent of the time running on petrol.

Upgrade to the S, and you do without the fancy recycled seats, as well as the eco-friendly branding, though you do get some nice leather upholstery instead, along with additional safety kit.

Jeep should be applauded for increasingly looking to electrify its range, and by the end of the year it aims to have rooted out pretty much all its non-electrified cars in Europe.

This e-Hybrid doesn’t show the Renegade at its best though, as the powertrain lacks refinement and finesse, and it’s not hugely efficient either, based on our first drive. If you want an electrified Jeep, it could be worth stretching your budget to fund the much better plug-in hybrid, or looking at more conventional, and noticeably cheaper rivals like the Ford Puma and Volkswagen Taigo, even if neither of them have the same character as this Jeep. 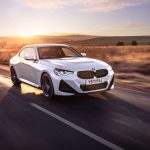 The 2 Series Coupe continues a legacy of accomplished...
Next Story » 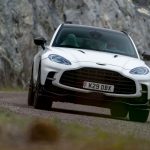 The Aston Martin DBX707 takes SUV agility to a...