The performance EVs to look out for 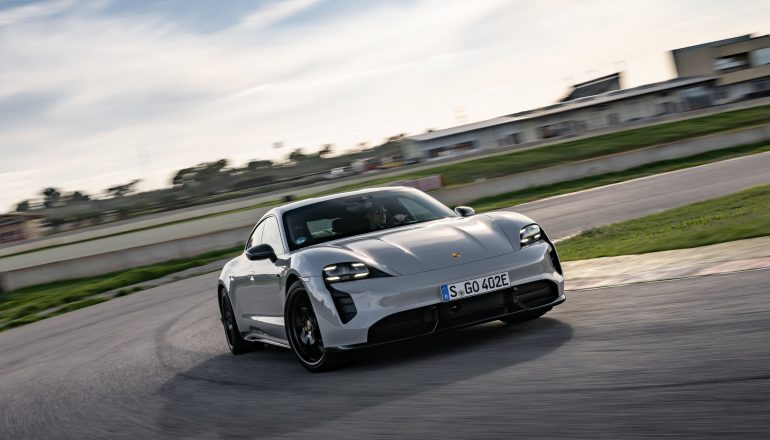 A growing emergence of sporty electric cars are coming to market.

In the past, a great engine was paramount to a performance car. It was – and in a lot of respects still is – the beating heart of these fun models.

However, as more of us become aware of the crisis facing our planet and take action, there has been an increasing number of performance EVs coming to market, with manufacturers thinking of clever ways of keeping us entertained behind the wheel, even without the sound of an engine.

So what are the best performance electric cars on the market today? Let’s take a look.

If ever there was a firm that could make an electric car fun to drive, it would be Porsche. And this German sports car brand did just that with its Taycan, which launched in 2020. It really is brilliant behind the wheel, handling in a similar manner to the firm’s 911, while feeling remarkably agile considering its heavy weight. Choose the flagship Turbo S and it’s stupendously fast – 0-60mph takes under three seconds.

The Taycan also looks stunning, while has a top-notch interior that perfectly blends quality with technology. You can also choose it as a saloon or more spacious Cross and Sport Turismo body styles that bring estate car practicality.

Tesla was an early pioneer in showing electric cars could pack some serious pace, and its range of cars remain fun to drive, particularly where rapid acceleration is concerned. Choose the brand’s Model 3 in ‘Performance’ form and it really is rapid, with 0-60mph possible in just 3.1 seconds.

In this Performance guise the Model 3 also handles better than most electric cars, with quick and precise steering making it good fun to drive. This Tesla is also brimmed with technology, while even this sporty version offers a claimed range of up to 340 miles.

You know things are getting serious with electric cars when established brands’ performance divisions start working on EVs – and that’s exactly the case with BMW and its new i4 M50. It’s a direct rival to the Tesla Model 3 Performance, with its twin motors serving up 536bhp, and allowing for a 0-60mph time of 3.6 seconds.

While not quite as nimble as BMW’s traditional M cars, the i4 is still excellent to drive, while offering a higher-quality interior and greater practicality than the Tesla.

The Audi RS e-tron GT was always set up to succeed as it’s underpinned by the same setup as the Porsche Taycan, and though it might be more angled towards comfort than sportiness (unlike the Porsche), it’s still a superb performance car.

In this RS guise, it uses a slightly different powertrain to the Porsche, but still puts out a vast 589bhp, or 636bhp in overboost mode – meaning a 0-60mph sprint time of 3.3 seconds is possible. The e-tron GT is arguably one of the best-looking EVs on the market too, while its interior is superb for both quality and practicality.

It was always a bold move for Ford to use the ‘Mustang’ name for its Mach-e electric SUV, but in the recent ‘GT’ guise it’s spawned, it now feels deserving of the moniker. Ford’s Performance division have even worked on this car, with its twin electric motors developing a huge 480bhp – making it by far the brand’s most powerful five-seater car to date.

That standout performance figure equates to a 0-60mph time of just 3.5 seconds, while other tweaks to it include a bespoke MagneRide suspension setup and Brembo brakes.

Our last choice is a bit of a wildcard, as it’s a car we’ve not actually driven yet. But given Lotus’ reputation for making sensational drivers’ cars, we have high hopes for this electric hypercar. Yes, electric.

You only need to look at some of the facts and figures – 2000bhp and a 200mph-plus top speed, with Lotus expecting it to be the lightest electric hypercar on the market. The downside? It’s very expensive.

New Models The performance EVs to look out for
« Previous Story 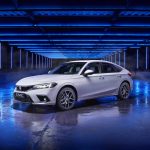