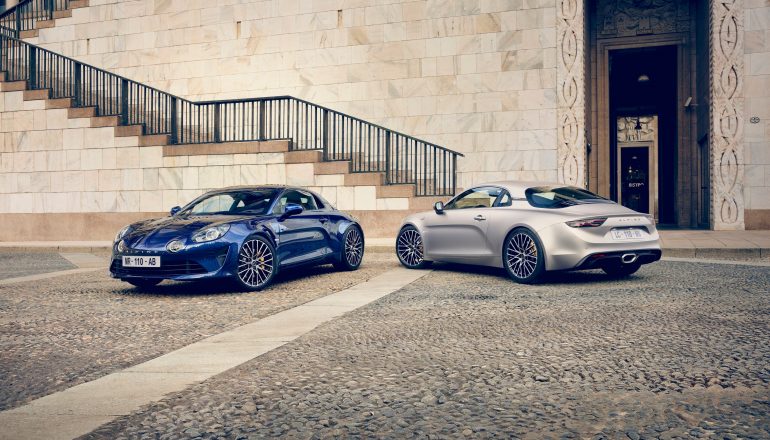 Alpine has put a faster engine in its comfort-focused A110 chassis. DARREN CASSEY finds out if it’s as fun as it sounds.

When the Alpine A110 burst onto the scene in 2017, it felt like a breath of fresh air. Here was a small sports car with the optimal mid-engined, rear-wheel drive layout, sporting quirky styling and a focus on simple driving pleasure.

It won many plaudits for its simply fun approach, and has evolved over the years with more power and more focused driving dynamics. In 2022 it will get a mid-life refresh, but before that happens the French firm has introduced the Legende GT – limited to just 300 units in Europe, it could be the most desirable A110 recipe yet.

The premise of the Legende GT is simple. It takes the high performance engine from the A110 S, but pairs it with the more comfort focused chassis from the regular A110. This is exciting because the regular car’s USP was the fact it handled brilliantly despite not being too stiff, while the S engine’s power hike is always welcome.

As well as the engine, the Legende GT borrows the improved braking system from the S, as well as the sports exhaust to give it the soundtrack it deserves. It’s also available in two specifications, with one focused on technology and the other comfort and refinement, while a new matte silver paint job joins in addition to the signature Abyss Blue.

Mounted in the middle of the chassis sits a 1.8-litre turbocharged engine that makes 288bhp and 320Nm of torque. Sending power to the rear wheels through a seven-speed dual-clutch automatic transmission, it’s good for a 4.2-second 0-60mph time and a top speed of 155mph.

You might have noticed that the overall power output is not hugely impressive – top hot hatches have more – but as you can see from the acceleration figures, the A110 is quick thanks to its lightweight construction. Because of this combination, we even managed a hugely respectable 40mpg on more casual runs.

The Alpine’s ethos is to provide a pure driving experience, and it’s fair to say it nails that brief. It’s small but visibility is surprisingly good all round, while the steering offers excellent feedback and the pedal weights are perfectly judged.

It’s easy to get into a rhythm on a country lane because the Legende GT is just so intuitive to drive. The boosty engine feels punchier than its power output suggests and it makes a great noise – not particularly refined but deep and gravelly.

Without the track-focused suspension from the S, it feels much more in tune with the road surface. It’s less likely to become unsettled by bumps, which gives you the confidence to enjoy its capabilities. It’s genuinely more fun than some cars twice the price.

The A110 has some awkward details but the overall combination works really well to provide a characterful style that’s genuinely interesting and like nothing else on the road. Up front you have the quad headlight design that’s a nod to the classic car of the same name.

The rear is slightly less coherent with the roofline and boot merging together into a subtle spoiler, beneath which slim rear lights sit and a single, central-exit exhaust system. Intricate alloy wheels complete the picture with its dinky frame giving off a smart, purposeful design.

One of the few downsides to the driver-focused approach is that interior quality is lower on the agenda. The driving position is great, but there’s not as much steering wheel adjustment as you get in rivals like the Porsche Cayman, meaning some compromise will be needed for taller drivers. That being said, the Sabelt sport seats are very comfortable and supportive.

Generally the materials used in the cabin are pleasant but not particularly premium, while the infotainment system feels ancient, struggling with smartphone connectivity. Fortunately, the facelifted version coming next year has Apple CarPlay and Android Auto, which will go a long way to address this.

The Legende GT is available in the trademark Abyss Blue as well as the matte Mercury SIlver that our test car was finished in – it looked fantastic. It gets 18-inch alloy wheels with gold brake callipers, which are matched to the gold Alpine monograms, while translucent LED rear lights further differentiate this from other A110 models.

Inside, you can specify the six-way adjustable Sabelt Comfort leather seats in either amber or black with matching leather door panels. There’s also a Dinamica headliner and glossy carbon-fibre elements within the dashboard. Beneath the centre console sits a plaque with the vehicle’s build number on it.

On paper, the Alpine A110 Legende GT should be a fantastic sports car, and in reality it absolutely delivers. It’s genuinely one of the purest sports car driving experiences on the market, and coupling the higher performance engine with the less aggressive chassis makes for a near-perfect road driving combination.

It might lack the cabin sparkle and badge appeal of some rivals, but if that sort of thing doesn’t bother you then this little French wonder should be top of your shopping list. 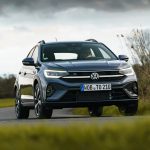 The Volkswagen Taigo brings extra style to the German...
Next Story » 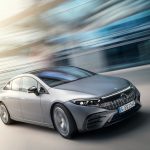 Electric cars with the longest range in 2022