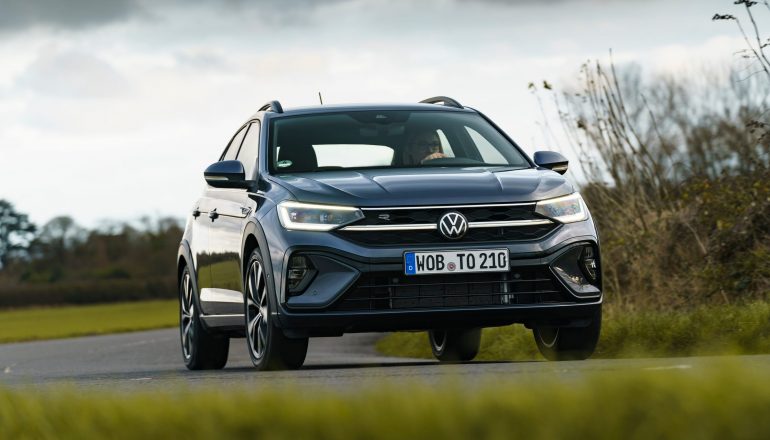 You might think that with six SUVs already in Volkswagen’s range, it had every possible base already covered – varying from the affordable T-Cross right the way through to the upmarket Touareg.

But in the SUV world there always seems to be room for more and considering that these high-riding models now account for a significant percentage of Volkswagen’s sales, it’s easy to see why they’d want to expand the range further and this is the latest option – the Taigo. Bringing coupe-like styling to the lower end of the spectrum, is there more to it than just the way it looks?

While the Taigo is a brand-new model for Europe, it’s essentially a re-engineered version of a model already on sale, one designed and built in Brazil – called the Nivvus.

The Taigo is based on the same MQB A0 platform that underpins VW’s own Polo and T-Cross, its smallest crossover. That said, this new model is 15cm longer than that car, while it also gets kitted out with plenty of the brand’s latest technology, including Matrix LED headlights and digital dials.

There’s plenty of familiarity when it comes to the choice of petrol engines on the Taigo, which are all widely used across the Volkswagen Group. There are no electrified options, and there likely won’t be in the future either.

The range kicks off with a turbocharged 1.0-litre petrol engine, available with outputs of 94bhp or 108bhp – the latter expected to be the most popular. But our test car uses a punchier turbocharged 1.5-litre engine, which is available exclusively in combination with the R-Line trim level and a seven-speed DSG automatic gearbox. It produces 148bhp and 250Nm of torque, all sent to the front wheels.

It means the Taigo can accelerate to 60mph in 8.1 seconds and on to a top speed of 132mph, with Volkswagen claiming it can return 46.3mpg, with CO2 emissions of 138g/km.

While some rivals might be a sportier drive behind the wheel, when it comes to day-to-day comfort, the Taigo will impress. Even on our R-Line test car, which comes with the largest alloys possible, the ride was comfortable and compliant down your typical British B-roads. Though the harshest of ruts can unsettle it slightly, we reckon the Taigo is among one of the better riding cars in its class. Should you want to get your toe down a bit, switching to ‘Sport’ livens the steering up a touch, and with well-controlled body roll, means it doesn’t feel too different to a regular hatchback.

Despite the more rakish styling, the view out of the back is good, with one of our few complaints being that the relatively large door mirrors generate quite a bit of road noise – you’ll want to turn the radio up a bit to drown it out. This 1.5-litre petrol is also rather nippy, and it has no trouble getting up to speed quickly. For most, though, we suspect the 1.0-litre petrol will be more than enough.

There’s no nice way to say it, but the Taigo is a bit of an oddity when it comes to the way it looks, almost appearing more like a raised hatchback than it does a normal SUV – though in a way, we actually prefer that. It’s also not as obvious in its ‘coupe’ styling as rivals like the Toyota C-HR, with its roof only sloping away at the very last second.

Around the back, there’s also a smart LED light bar, which curves at the edges and meets in the middle with Volkswagen’s latest logo. Though full-width light bars aren’t rare these days, you don’t see many on cars priced as low as the Taigo.

If you’re up to speed with Volkswagen’s latest Polo, nothing will be familiar about the Taigo’s cabin. There’s plenty of technology on show too, including a large touchscreen that’s integrated neatly into the dashboard and a set of digital dials. There’s also a touch control panel for the climate settings, and though it looks modern, it’s a bit fiddly to use on the move. Though the interior is generally very pleasant, there are some rather cheap plastics on the door cards, particularly those in the rear of the car.

Rakish-looking SUVs are often a victim of their own styling, as a sloped roofline tends to eat into cabin space. No such issue affects the Taigo however, as there’s plenty of headroom for adults, and though rear legroom isn’t the most generous, it should be plenty for most. At 440 litres, the boot is also a generous size, and noticeably bigger than that of a standard Golf hatchback.

Mirroring other new Volkswagens, the Taigo will be offered in three trim levels – Life, Style and R-Line.

Reflecting how generous the standard equipment is, more than half of buyers are expected to go for the entry-level Life trim, which comes as standard with LED headlights, an eight-inch touchscreen, wireless smartphone charging and 16-inch alloy wheels.

The Style brings Matrix LED headlights, larger 17-inch alloy wheels, a larger 10.25-inch digital cockpit and satellite navigation. With the R-Line, you’re mainly paying for its style, as it gets a sportier bodykit, along with black design elements and part-microfibre seats.

There was the slight expectation that by adding an extra SUV its range, all the Taigo would do was clutter Volkswagen’s line-up. However, this new model is actually a rather welcome addition. It’s just as roomy as the smaller T-Cross, but more stylish to look at and rather good to drive as well, all for only a very slight price increase.

Though its interior is a bit no-frills in places and it’s a bit expensive in top-spec specifications, stay sensible with the standard engines and trims and the Taigo is a desirable choice. 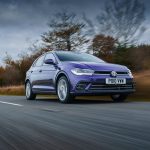 Can the updated Volkswagen Polo remain one of the...
Next Story » 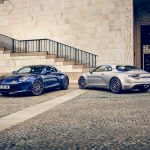 The Alpine A110 Legende GT might be the ultimate...