Volkswagen’s ID.4 GTX aims to capture some of the GTI’s spirit 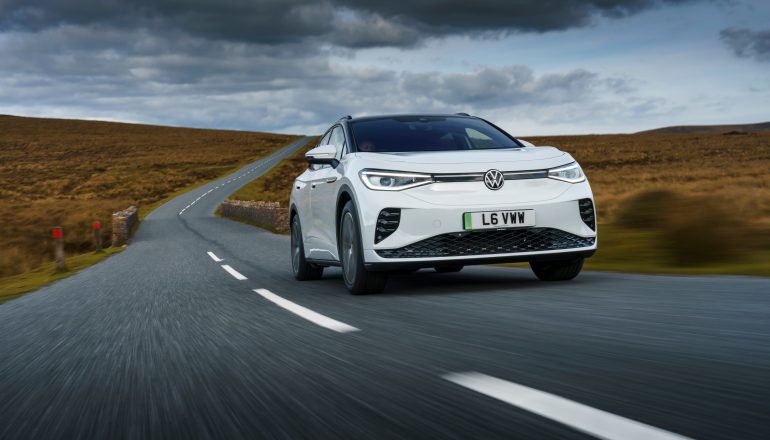 Making an electric car involving to drive has stumped quite a few manufacturers of late. Sure, we’ve had range-toppers like the Porsche Taycan and Audi e-tron GT, but nothing on the more ‘regular’ end of the spectrum. Cars like the Golf GTI have always delivered that delicate blend of usability and driver engagement, which is why Volkswagen is attempting to transfer some of that magic into its electric line-up, starting with this – the ID.4 GTX.

It’s the first car in a new series of GTX-badged cars and brings a host of revisions to the ID.4 as a way of making it more exciting and involving to drive, but no less practical on a day-to-day basis. We’ve been finding out what it’s like.

The ID.4 GTX gains more power than the regular car – but more on that later. Much like the GTI, the GTX has a host of other revisions to make it feel a little more special to drive than the standard car. So we’ve got a revised steering setup for a more involving experience, an electronic locking differential and sports suspension to give a little extra support Higher-spec versions also receive Dynamic Chassis Control with adjustable dampers, too.

A range of styling tweaks have been made to differentiate this car from the standard ID.4 but, much like the GTI, they’re relatively subtle and certainly don’t scream too hard about this car’s added performance.

The ID.4 GTX is the first electric Volkswagen to boast a dual-motor setup, with one placed on each axle to give all-wheel-drive traction. With 295bhp and 310Nm of torque to access, the GTX will manage the 0-60mph sprint in six seconds – slightly quicker than a Golf GTI. Given enough space, it’ll crack 112mph flat-out, too. This setup means it’s also 93bhp more powerful than the previous range-topper, the ID.4 Pro Performance.

These motors are then linked to 77kWh battery, which should bring up to 301 miles between charges. And speaking of charging, the ability to accept a 125kW charge means that an 80 per cent charge could take as little as 38 minutes. Hooked up to a regular 7.2kW home wallbox, we’re looking at a full charge in 12 hours and 40 minutes.

Setting off and it’s immediately noticeable that this isn’t a regular ID.4. There’s some added firmness to the way it rides, while the steering’s weight is considerably more than the standard car’s. It feels sportier, in truth, which is predictably what Volkswagen had in mind.

Then you add a little speed – which isn’t hard to do given the ID.4’s considerably deep wells of torque and power – and it really does come together. The turn-in is good and the added security of the all-wheel-drive system means the car will keep gripping far longer than you might expect.

The car’s overall heft isn’t hard to miss, mind you. The brakes, when pushing hard, feel a little overburdened with bringing the ID.4’s distinct amount of mass to a halt and can come across as a bit squashy. You can lean on the regenerative braking to slow you down, however. Overall, the ID.4 GTX actually feels fun – something which has been lacking in quite a lot of EVs recently.

The regular ID.4’s design has only been marginally tweaked in its evolution to this GTX model. There’s a large gloss black badge at the rear of the car and some vertical daytime running lights, but save for these it’s largely business as usual.

The front end, to our eyes, is the strongest angle for the car, as from the rear-three quarter it can look a touch ungainly. It’s an impressive thing to see, mind you, while standard-fit Matrix LED headlights and dynamic turn signals at the rear help it to really stand out at night.

The interior of the GTX is largely business as usual for a Volkswagen product, with the combination of a button-free layout and a wide, spacious cabin both things we’ve come to expect from electric VW models. The forward part of the interior is roomy, with comfortable seats and a decent view of the road ahead. We’re still not fans of the complete absence of buttons for the main screen, as it makes accessing key functions far more hassle than it needs to be.

There’s a good amount of leg- and headroom for those sitting in the back too, while a 543-litre boot is more than enough for most occasions. You can extend it by folding the rear seats down, too, increasing this to 1,575 litres.

All GTX models come with a high level of standard equipment, including 20-inch alloy wheels, adaptive cruise control and a 12-inch colour touchscreen incorporating all major media and navigation functions. You also get Apple CarPlay and Android Auto, a heated leather-trimmed multifunction steering wheel with GTX logo and a lot of ambient lighting.

There’s the option to upgrade to a GTX Max, too, which adds electric seats, three-zone climate control and a more extensive list of driver assistance systems. You also get a heat pump included as standard, which helps to boost the efficiency of the entire powertrain, and that aforementioned Dynamic Chassis Control.

The ID.4 GTX feels like a good step forward for the ID line-up of cars. It’s easily more involving and exciting to drive than the standard ID.4 and it manages this without incurring any penalty when it comes to usability or practicality – both features which will be extremely important to buyers.

Is it a worthy alternative to a Golf GTI? Not quite. It doesn’t bristle with excitement quite like Volkswagen’s famous hot hatch, nor does it reward the driver in nearly the same way. However, as a way of injecting a little more fun into the ID.4, the GTX hits the mark and for many people, that will be more than enough. 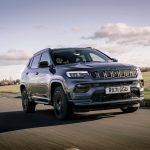 Can the Bentley Bentayga retain its luxury SUV crown?