The highly anticipated cars coming in 2022 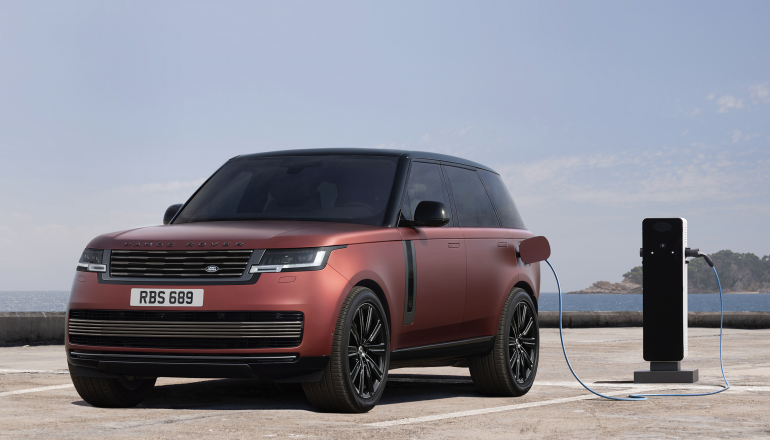 Electric cars are coming in a big way, but there are still some exciting combustion-engined models on the way.

It’s been a turbulent time for the new car industry, with first the pandemic closing dealerships and then a semiconductor chip crisis stalling production.

However, with the world slowly coming back to normality and hopes for an end to the chip crisis next year, car manufacturers have been pressing ahead with new model launches.

Here are the most exciting cars we’re expecting to see on sale in 2022.

BMW M cars are some of the most revered performance cars on the market, so any time a new one comes along it’s a highly anticipated moment. With the new BMW 2 Series being released this year, we’re getting an M2 next year.

The standard car’s slightly odd proportions are clearly designed with the wider M car in mind, so expect very aggressive styling. Meanwhile power will come from a detuned version of the M3’s 3.0-litre straight-six petrol engine, likely making around 400bhp.

Cupra is the electric/performance offshoot of Seat, itself a division of the Volkswagen Group. As a result of the latter, the firm gets access to VW’s latest MEB electric vehicle platform, which currently underpins the VW ID.3.

Cupra’s version is called Born and has a very stylish, modern exterior. Its range of up to 263 miles isn’t the longest around, but it should be more than enough for most.

Dacia has found a niche for itself building the most affordable cars possible in any given segment, while still offering sound build quality and decent specifications. Its newest model is the Jogger, which will be the least expensive seven-seater on sale.

When it comes to large family cars, the Jogger might just be the best value option on the market.

A Ferrari SUV is something even the Prancing Horse itself never thought would happen, but in 2022 the Italian supercar maker will follow every other luxury brand into the SUV market.

Despite resisting long and hard, seeing the success of the Lamborghini Urus forced Ferrari’s hand. We still don’t know a great deal about the Purosangue (which means thoroughbred in Italian), but spy shots show a long, low bonnet and a sleek, coupe-like roofline.

When Land Rover took the old Defender off sale after what felt like hundreds of years, its new one was met with mixed feelings from off-road enthusiasts and farmers who need a more utilitarian model.

The Ineos Grenadier is a response to this, with a more back-to-basics, robust interior and bundles of off-road capability.

Lotus is a real UK car industry success story. Despite changing demands from buyers, the Norfolk-based company has continued to excel in its niche – lightweight sports cars.

A major evolution is coming from the brand, with electrification on the horizon. But first, there’s Emira. It’s developed on a new aluminium chassis and has an engine from AMG. An intoxicating combination…

Surprisingly this is only the second electric vehicle on this list so far, but there’s a good reason it’s included. The mid-sized executive car market has proved hugely lucrative for Mercedes-Benz and its fellow premium car makers, so seeing it evolve for an EV market is very interesting indeed.

For this German firm the answer is EQE, essentially an electric version of the hugely popular E-Class. Targeted at those who do lots of miles, it’s said to be targeting more than 400 miles between charges.

In the luxury car market, the Range Rover has long been top of the class. Earlier this year, Land Rover revealed the new one, bringing sleek, minimalist styling and bundles of new technology.

It has new plug-in hybrid technology as well as a performance V8 engine – and an electric model in 2024.

Like every car company, Renault is shifting its range towards EVs and the Megane E-Tech Electric is the first.

It will have a range of almost 300 miles, a stylish exterior and a hugely spacious cabin with an infotainment system based on Google’s Android system.

These credentials made it a finalist in the 2022 Car of the Year awards, with the winner to be announced in February.

If we’re being honest, bZ4X is a terrible name for a car. But if you can look past that it’s a very interesting model as it’s Toyota’s first production electric vehicle.

Yes, despite the firm forging ahead with electrification through Prius hybrids, it hasn’t actually sold an EV yet. That’s changing in a big way with 15 coming over the next three years, with seven getting bZ badging.

The bZ4X is the first of this onslaught and is about the same size as the current Rav4 SUV.

At the other end of Toyota’s range is the GR86, the successor to the much-loved GT86. While car enthusiasts loved its affordable sports car ethos, it never quite reached cult status because its engine, in particular, lacked excitement.

To combat this, Toyota has made the engine bigger and brought more power. Will a little more performance make this a world-beater? Time will tell, but in the meantime, we’re excited by the prospect. 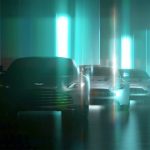 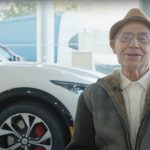 Meet the 87-year-old switching to electric