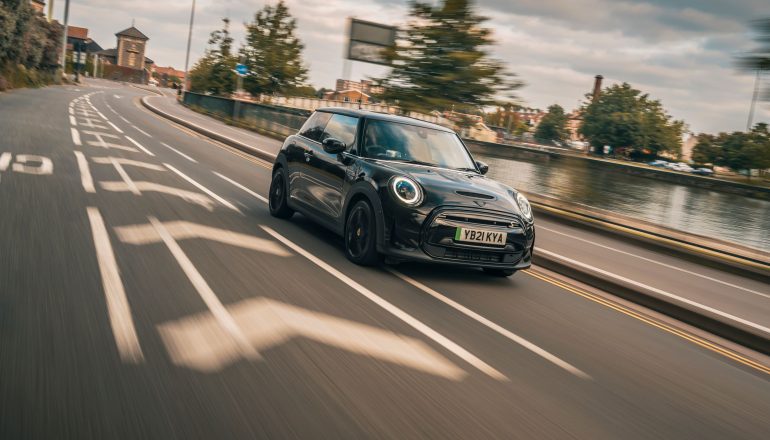 Mini is introducing a new special edition version of its Electric hatch. TED WELFORD sees if it’s worth considering

There are some cars that are just meant to be EVs, and the Mini is one of those cars. As they’re mainly used around the city, the thought of being able to buzz about without contributing any emissions appeals, while the zippy nature of an electric motor makes it a perfect match for darting through narrow streets.

It’s no surprise Mini’s Electric is proving such a hit, then – and even though it was only updated earlier in the year, Mini is now introducing a new ‘Shadow Edition’ to expand its appeal further.

Mini initially just offered the Shadow Edition on its not-so-mini Clubman and Countryman, but has now extended it to its full range, including the Electric.

There’s a clue in the Shadow Edition name as to what this version is about, and that’s darkened styling. So it’s why all versions come painted black, with fully blacked-out alloy wheels and the deletion of all chrome to enhance the stealthy appearance. Unlike the regular Hatch, though, the Electric doesn’t get the option for a contrasting roof.

This edition is all about cosmetic changes, so Mini hasn’t touched the powertrain of the Electric – certainly no bad thing.

It’s why the same zippy electric motor remains, kicking out 181bhp and 270Nm of torque, which means 0-60mph takes just 7.1 seconds. These are hot hatch-rivalling figures, so you can’t exactly blame Mini for slapping a ‘Cooper S’ badge on at the rear.

The same 32.6kWh battery remains – of which 28.9kWh is usable. That really is tiny compared to many other electric cars on the market (even an electric Corsa has a 50kWh battery), and limits this Mini’s range to a claimed 141 miles. On the plus side, it means you could get away with an overnight full charge with a three-pin plug, which can’t be said for many EVs. Top up at a 50kW rapid charger, the battery can go from 0 to 80 per cent in 36 minutes.

While rapid acceleration is a hallmark of most EVs – due to the immediate responsiveness of an electric motor – how this Mini can pick up speed is remarkable. Plant your foot on the accelerator from a standstill and you’ll leave most cars behind at a set of lights, while even in the tamest driving mode Eco (Mid and Sport are also available) it’s more than quick enough.

It also doesn’t lose the fun factor of its petrol siblings when you get to a corner, as there’s still the confidence to throw it into a bend in a fashion that you just wouldn’t feel comfortable in many of its competitors. You can feel it’s heavier (it weighs 145kg more than a petrol Cooper S), but it’s still impressively agile and nimble. The only slight downside to this is that the ride is firm, not helped by the larger 17-inch alloy wheels that come on the Shadow Edition.

If you like that stealthy look, or are the type of person that would pay to dechrome your car, you’ll absolutely love the Shadow Edition. With its metallic Midnight Black paint, black roof and black alloy wheels, a Mini has possibly never looked quite so menacing.

While it certainly gives it a different character to usual, we’re not fans of the cheap-looking graphics that emblazon the front wings and bonnet. They look like the result of a kid’s first effort after getting a 3D printer for Christmas, and are at odds with the otherwise premium image the Mini so perfectly conveys.

Inside, it’s typically Mini fare, and by that we mean it’s one of the best interiors of any small car on the market, providing you ignore the issue of space.

With a large 8.8-inch touchscreen wrapped neatly into the iconic central display and a small digital dial display, it’s got an especially modern feel to it, while both are still easy to use. The dials don’t have the sharpest graphics, though, and don’t have the same level of adjustability as a Peugeot e-208’s, for example.

It also lives up to its ‘mini’ name. Granted, you won’t buy one of these for its practicality, but if you aim to have people in the rear seats with any regularity, it’s worth looking elsewhere.

The Shadow Edition is based on the top Level 3 trim on the Mini Electric, so unsurprisingly gets all the bells and whistles.

It’s quite remarkable just how much kit has been crammed into less than four metres of metal, with highlights including Matrix LED headlights, a Harman Kardon sound system, a panoramic sunroof and a head-up display to name just a few features.

The Mini Electric is possibly the most charming EV on the market. It looks cool, has a great interior and is a huge amount of fun to drive – so much so we’d argue it’s better than the petrol hatch. Its range really is the only let-down.

Like any special edition, they typically don’t make a huge amount of financial sense, but if you want a high-spec, stealthily styled Mini, the Shadow Edition is worth considering. If that doesn’t necessarily appeal, there are less expensive trims that are still fantastically equipped. 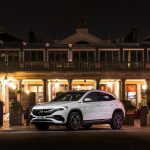 Should the Mercedes-Benz EQA be top of your electric...
Next Story »