The Renault Arkana brings coupe-SUV styling to the mainstream market 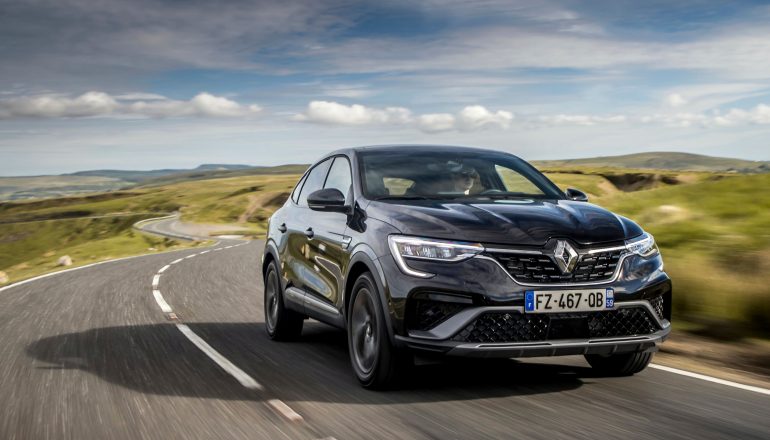 The SUV-coupe combo craze is in full swing in the premium segment, but until now it was pretty much non-existent in more mainstream models. Renault is rectifying that through the introduction of the Arkana, which takes the firm’s SUV roots and gives it a sharply sloping roofline, all in the name of style.

Renault’s range has smart design so it’s well-placed to take the risk of seeing if this particular niche works outside of the pricier markets.

The eagle-eyed amongst you might recognise the Arkana name – Renault has used it before, albeit on a model sold solely in Russia since 2019. It might look vaguely similar to that model, too, but Renault says it’s 95 per cent new.

It’s the first time the firm has built a car specifically to be a hybrid, and sits on a new vehicle platform that is shared with the latest Clio and Captur. There are also sporty trim levels and impressive equipment and technology features.

There are two engine options available. The first is TCe 140 which is a mild hybrid set-up with a petrol engine. It makes 138bhp and 260Nm of torque and can return up to 48.7mpg with CO2 emissions of 131g/km. Acceleration is brisk enough, going from 0-60mph in 9.8 seconds.

The E-Tech hybrid 145 we’re testing today combines a 1.6-litre petrol engine with two electric motors that are powered by a 1.2kWh battery. It makes 143bhp, achieves 58.9mpg and has emissions of 108/km. It’s actually slower than the mild-hybrid, though, getting to 60mph in almost 11 seconds.

To go along with the Arkana’s coupe-like roofline, Renault has worked to give it a sporty driving character. The upside of this is that its steering is surprisingly direct and its handling is composed when pushing on through corners.

The flip side of this is that in general driving it’s a touch too stiff. If your local town’s roads are in a poor state of repair, the Arkana will crash and jiggle its way along the urban commute. If you’re looking for a stylish SUV that handles well and are willing to sacrifice a little comfort for this, the Arkana could be well worth a look.

It should also be noted that despite having quite a small battery, the Arkana does a good job of prioritising the electric motor where possible, improving refinement and economy.

Beauty is always in the eye of the beholder, but from where we’re standing the Arkana looks a lot better in photos than it does in the metal. That’s not to say it doesn’t look good, it’s just that the high-riding suspension looks a little awkward with the sleek roofline.

The front end is more coherent, with a muscular stance that comes from the LED headlights that are stretched to the full width of the car, flanked by smart C-shaped running lights. There are also some nice angles in the lower bumper that give it a real sporty edge.

Renault has really stepped up its interior quality in recent years and the Arkana is the latest model to benefit from this. There’s a 9.3-inch touchscreen infotainment system in the dashboard and digital dials ahead of the driver, while some pleasant materials are used in the areas you touch, there are also some areas where it feels like corners have been cut.

There are also some compromises to passenger space because of that coupe roof, but it’s not as bad as you might expect. Taller drivers might feel a little claustrophobic without dropping the seat down low, while those in the rear will have decent legroom, even if their hair brushes the headlining.

There are three trim levels available on the Arkana, called Iconic, S Edition and R.S. Line, with each currently available with zero per cent APR finance.

We tested the mid-spec S Edition and it felt like decent value for money with plenty of equipment and materials on-board. This trim gets 18-inch alloy wheels, adaptive cruise control and the larger 9.3-inch infotainment screen.

Overall, the Arkana is an appealing SUV. It’s a niche that’s tough to find at this price point and its styling is pretty sleek, while the equipment on offer makes it feel like decent value for money.

If you’re looking for a genuinely comfortable car for daily driving duties then the rough-edged ride might not appeal, but with surprisingly good practicality, low running costs and genuinely impressive handling there are plenty of things to like.

The C40 Recharge adds another string to Volvo’s EV...
Next Story »

Can the Mercedes S-Class retain its premium car crown?