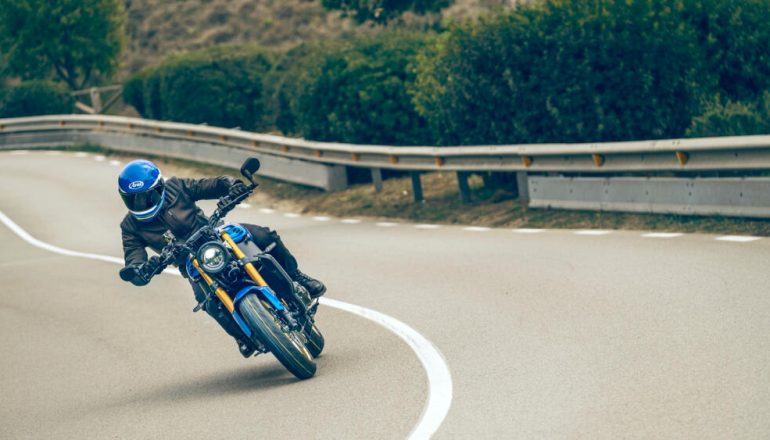 Yamaha has unveiled the new XSR900, a retro-inspired motorcycle with more power and lower overall weight than before.

The XSR900 was first introduced in 2016, but given the expansion of the Sports Heritage segment it sits within, Yamaha has decided to give the bike an overhaul in order for it to stay current.

It boasts a lighter ‘Deltabox’ frame than before, with a lower head position and longer swingarm to help with straight-line stability. It’s powered by an 889cc transverse triple engine, boasting 119bhp and a specially-tuned exhaust.

The XSR900’s fuel tank takes inspiration from Grand Prix road racers from the 1980s and incorporates air intakes at the front which aid engine efficiency. Not only that, but Yamaha claims that these vents help to transmit intake sound to the rider when travelling at higher speeds.

At the front of bike sits the XSR900’s trademark round headlight, but it has been upgraded with the help of LED technology. It’s housed within a brushed aluminium surround, enhancing the heritage feel further. The XSR900’s LED taillight is ‘hidden’ too, fitted beneath the seat hump.

Fitted with a new Brembo radial front master cylinder, the XSR900’s braking system is comprehensive. There are also gold-finished and inverted KYB forks, coupled with spin-forged cast wheels which Yamaha says offer a 700g weight saving compared with those fitted to the previous model.

The older bike’s circular LCD screen has been replaced by a 3.5-inch TFT display which can be configured to show a variety of secondary information, as well as key readouts such as speed and RPM. 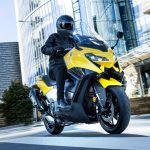