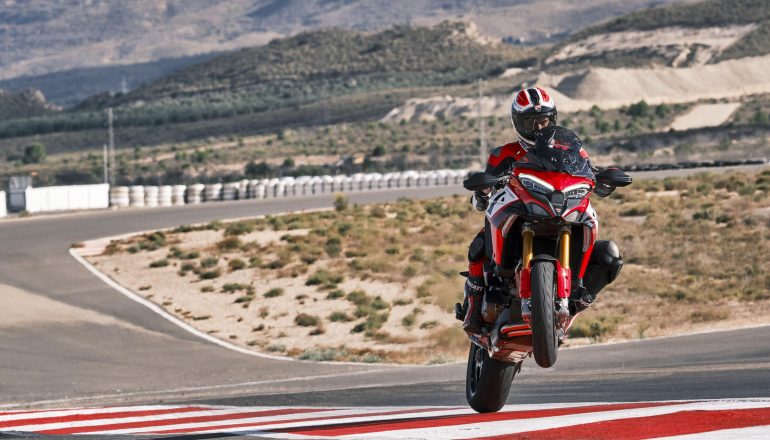 Ducati has revealed the new Multistrada V4 Pikes Peak, which it is calling the sportiest version of the model yet.

The Multistrada is designed to offer a compromise between touring and performance, with this new Pikes Peak model aimed at those who want to lean towards sportiness without going for a full sports bike.

Updates that differentiate this from the rest of the range include a 17-inch front wheel and single-sided swingarm. To further hint at its sporting prowess, the Pikes Peak model gets a Moto GP-inspired racing livery.

The chassis itself has also evolved, while that new wheel uses forged aluminium rims that are 2.7kg lighter than those fitted to the V4 S, and they’re wrapped in new sports tyres. The suspension has also been upgraded to Ohlins Smart EC 2.0 units, which can automatically adjust their settings based on the rider’s behaviour on the bike.

The braking system has been derived directly from the Panigale V4, with Brembo calipers and larger discs.

Riding geometry has been completely refreshed, with the pegs moved back to increase the maximum lean angle, while the handlebar is lower, narrower and curved, which Ducati says improves the sporty feeling.

Power comes from the 1,160cc V4 Granturismo engine making 168bhp and 125Nm of torque. A new Race Riding Mode is a first for the Multistrada range, which raises the rev limiter, while downshifts can be more aggressive. 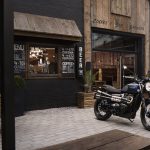 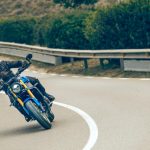