Is the third-generation Audi RS 3 the best yet? 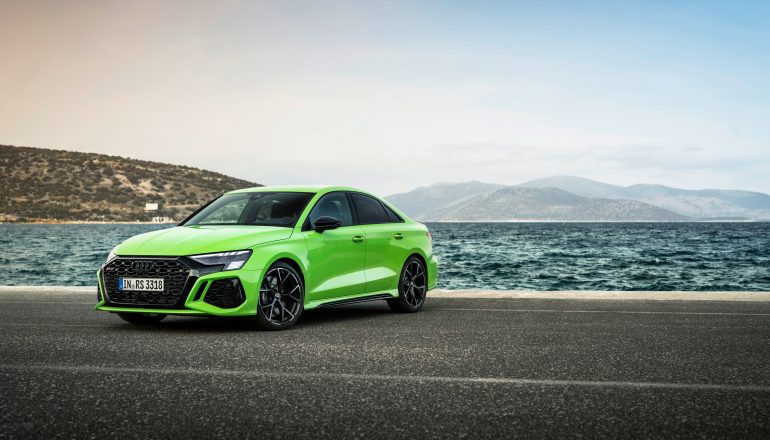 The hot hatch market has evolved considerably in the past decade. Not too long ago, the idea of more than 300bhp in a compact car was laughed at, but we’ve since seen the rise of the super hatch, boasting sports car performance and trick all-wheel-drive systems to make sense of it all.

One such car is the Audi RS 3, the performance version of the A3 compact family car. Now in its third generation, its predecessors could be described as blunt instruments – all power in a straight line but lacking control in corners. The second generation went a good way towards fixing this, but can the new model take another big leap? We’ve been behind the wheel, on road and on track, to find out.

Not only has the new RS 3 gained a whole host of upgrades over the regular A3, it has been given extensive updates when compared with its predecessor, too. The engine has been worked over, while the chassis has been updated to make it handle better. A particular highlight is the torque splitter on the rear, which allows the power to be shifted between the rear wheels depending on the corner, improving agility.

Other changes include ‘completely redeveloped dampers’ in the suspension, updated drive modes with a new ‘drift mode’ to make sliding easier, new steel brakes as standard with optional ceramic units, and tweaked exterior styling (in both Sportback and saloon body styles, as before).

Audi continues to stick with the much-loved 2.5-litre five-cylinder petrol engine in the RS 3, a layout you won’t find anywhere in its rivals. It’s delightfully characterful, with a burbling soundtrack that gives the car a really appealing USP.

Its 394bhp output is the same as before, but there’s more torque (500Nm compared with 480Nm) and the power comes in lower in the rev range, meaning real world performance is improved. Combined with the huge traction provided by the all-wheel-drive system and sticky tyres, it’ll catapult to 60mph in just 3.6 seconds, and on to a top speed of 155mph (or 174mph in Vorsprung guise/180mph with the optional RS Dynamic Pack).

The hallmark of a good hot hatch is a split personality between comfort and craziness. The RS 3 gets off to a great start as the driving position is excellent. In Comfort mode, it soaks up bumps so well you could almost mistake it for the regular model. The engine is responsive and subdued here too, making daily driving duties more relaxing.

However, once on a fun back road and switched to Dynamic, the RS 3 comes alive. Audi has clearly worked hard to improve its handling characteristics; gone are the days of painful understeer in corners, instead the car turns in sharply and the rear follows keenly with the agility of a much smaller machine.

Much of this comes from the new torque splitter shuffling power around at the back. It takes some getting used to as the rear’s behaviour is unnatural, but once you tune in it provides huge confidence that the car will hook up out of a corner.

We also had a brief drive on track and it was similarly impressive. The new track-focused drive modes give the rear end a real liveliness that made it incredibly fun and agile.

There’s no danger of confusing the RS 3 with the A3 as the performance version gets pumped up looks that give it a more aggressive, sporty edge. Up front there’s the typical RS honeycomb grille design, side air inlets, and a redesigned bumper with larger air intakes.

LED headlights are fitted as standard with scrolling rear indicators, as well as a quirky ‘welcome’ routine that spells out ‘RS 3’ within the LEDs when the car is unlocked. Two new paint jobs are available, called Kemora Grey and Kyalami Green – the latter similar to the slime in the gunge tank of a kids TV show. It works brilliantly with the RS’s chunky body kit.

With the RS 3 being a range-topping model, the interior is bestowed with the latest Audi kit, high-quality materials and RS-specific touches. Ahead of the driver is Audi’s ‘virtual cockpit’, which is a 12.3-inch screen with three new RS displays. There’s also a 10.1-inch central infotainment display with a high-resolution screen that’s quick to respond to inputs.

Audi has resisted the growing trend to stick everything in the touchscreen menus, so there are some welcome physical buttons below the screen for the climate controls and drive select modes.

You can get the seats and air vents trimmed in the exterior paint colour, though this does look a little tacky. The sport seats themselves are nice and supportive in spirited road driving, but could have done with more support during our high speed circuit driving.

Audi is on to a winner with the new RS 3. Over the generations it has developed from a straight-line missile into an agile monster that can tear up your favourite B-road with the very best of them.

Its ride is incredibly comfortable when you’re taking it easy and that same composure makes it supremely capable when you don’t. The fact it bundles this composed ferocity into a four-seat package that could easily cope with the school run makes it all the more impressive.

Test Drives Is the third-generation Audi RS 3 the best yet?
« Previous Story 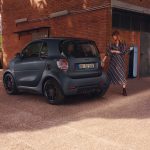 The Smart EQ Fortwo might just be the perfect...
Next Story » 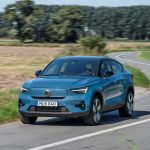 The C40 Recharge adds another string to Volvo’s EV...