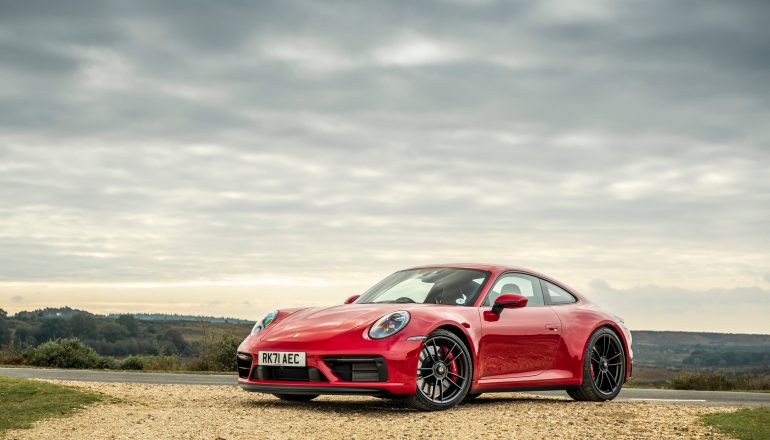 Often billed as the ‘sweet spot’ in the Porsche 911 range, can the new GTS continue that? TED WELFORD finds out.

Ask someone to think of a sports car and there’s a good chance they’ll come up with the Porsche 911. It’s been THE default sports car for decades, and among the huge variety of options to pick from, it’s the Carrera GTS that’s often regarded as the clichéd sweet spot.

Aiming to slot between the Carrera S and more extreme Turbo models, it aims to pick and choose the best bits of both for that complete package. Now Porsche is back with a new version, the first on its latest 992 generation of 911s – but can it deliver on the pressure put in front of it?

Intended as the more driver-focused sports car, this latest GTS takes the chassis from the Turbo but has it modified and lowered to provide a sportier feel, while also taking the brakes from the Turbo and gaining a more raucous sports exhaust system.

It also gets a raft of GTS-specific styling elements, which we’ll get on to later, while – on top of the sporty upgrades – Porsche has fitted the GTS with its latest media system, bringing further connected features and slicker operation.

The latest GTS is powered by Porsche’s well-known 3.0-litre flat-six engine with two turbos, and continues to be available with both manual and PDK automatic transmissions, as well as rear- or four-wheel-drive. It’s worth remembering the engine really isn’t under the bonnet at all, but positioned right at the back of the car instead.

Performance figures are up by 30bhp and 20Nm on its predecessor (and the current Carrera S), with the GTS now producing 473bhp and 570Nm of torque. In the case of our rear-wheel-drive manual-equipped test car, 0-60mph arrives in 3.9 seconds, though it can be done in 3.1 seconds in PDK-equipped cars. Flat out, it would hit 193mph too.

Though fuel economy isn’t quite so important, this 911’s figures are reasonable – Porsche claims 27.2mpg and CO2 emissions ranging between 236 and 258g/km.

In a word, magical. Even on especially damp Yorkshire Moors roads, our rear-wheel-drive car was impressively capable, and able to put its power down far more than you might anticipate. For more everyday driving, it’s easy to see why you’d be tempted by the four-wheel-drive version with the PDK, but that seven-speed manual (yes, seven forward gears in a manual) is one of the best around and really adds to the involving experience of the GTS.

The steering is about as well-weighted as they come, and though the ride is unsurprisingly quite firm, the suspension does an exceptional job of making it liveable, assisted by ‘helper springs’ that remove some of the jostle.

Its engine is also nothing short of a delight, delivering a seamless power delivery, but really coming alive as you climb up that rev band – and it’s at the top end when the standard-fit exhaust system begins its most beautiful burble. You can tweak the sports chassis to ride firmer, while a brilliant drive selection button on the steering wheel lets you alter the settings, but even in the most ‘as it comes’ guise, the GTS’ experience is one to cherish.

Just like the driving experience aims to bridge the gap between Carrera and Turbo, so too does the GTS’ design. It’s the car’s black styling elements that dominate proceedings, including for the badges, exhausts and lower areas. We personally reckon there’s too much black trim at the rear, and it would look better if it was all body-coloured instead.

All GTS models come with a ‘SportDesign’ package, which brings a distinctive front and rear bumper (optional on Carrera models), while particularly neat touches include the centre lock wheels – a feature of all GTS models to date – and darkened headlights.

You might never have heard of Race-Tex before, but you’ll soon be familiar with it once you’re in the GTS. Though we’ll probably get told off for calling it Alcantara, Race-Tex is that similar kind of suede-like material, and suits a performance car to a tee. It’s on the steering wheel, seats, gearstick, and lower dashboard of the GTS, and really helps to convey that sporty yet upmarket finish that the 911 is so good at.

The rest of its interior is also superb, with a driving position that will suit most thanks to the broad range of adjustability (especially if you go for the optional extended electric seats) and material quality to the highest standard. The dials and their combination of analogue and digital are great to use and a perfect match for the 911 too, while the latest generation of Porsche’s media system is easily the best yet.

They say nothing’s perfect, but we’d argue the 911 GTS gets pretty close. With its combination of an extreme, focused driving experience juxtaposed by reasonable everyday comfort and an interior that you’d happily spend hours in, it really is a complete package.

Though you could argue a Carrera S – or even the base 911 Carrera – can do both of those things too, the more raw feel of the GTS continues to make it all the sports car you could ever need. 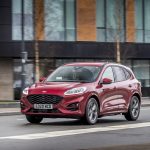 The Ford Kuga plug-in hybrid is an impressively efficient...
Next Story »

Kia’s EV6 arrives to take the EV segment by...