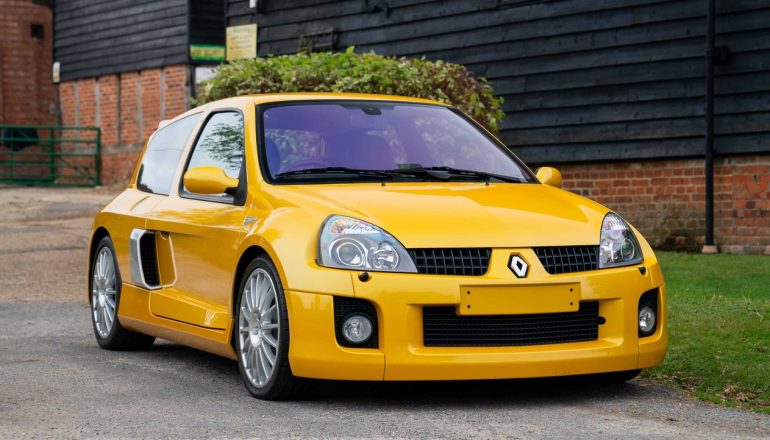 Mid-engined hot hatch has just 980 miles on the clock.

Hot hatch fans have been alerted to an incredibly rare opportunity to own a low-mileage Renault Clio V6.

An example in the UK is going up for sale on the Collecting Cars auction site and is expected to break records for the mid-engined model.

It is expected to go for more than £70,000 (€82,700), eclipsing the previous record of £62,540. However, it could accelerate well beyond estimates as there are a few desirable aspects that could set off a bidding war.

The first is that it has just 980 miles on the clock, with Collecting Cars saying it is delivered in ‘time warp condition’. It is said to have no exterior blemishes and a pristine interior. Furthermore, it’s one of just 18 Liquid Yellow models sold in the UK.

The Clio V6 is considered highly desirable because it’s an incredible feat of engineering. Renault engineers relocated the engine to the middle of the car, a layout that’s usually reserved for serious sports cars because it provides excellent weight distribution.

It utilises a 3.0-litre V6 Renaultsport engine making 251bhp, routed through a six-speed manual gearbox. Again, its sporting credentials are clear, with the Clio’s standard front-wheel-drive layout ditched in favour of rear-wheel-drive.

Being a Phase 2 model, it has 25bhp more than the earlier car, as well as a longer wheelbase and wider track to improve handling.

That pristine interior is trimmed in half black leather and synthetic suede, with a leather-trimmed steering wheel. The air conditioning, electric windows and cruise control are all in full working order.

Edward Lovett, founder of Collecting Cars, said: “We are delighted to host the sale of what is undoubtedly one of the most remarkable examples of a Renault Clio V6 in the world, with exceptionally low mileage and originality.

“Prospective owners of any collector car are often told to buy the best example they can afford and this particular Clio V6 is among the very best of them all.”

The Renault Clio V6 auction is running now and ends on October 27 at 7.20pm. 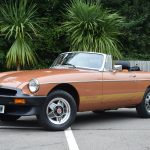 Forty-year-old MGB with just 77 miles on the clock...