The Ford Kuga plug-in hybrid is an impressively efficient SUV 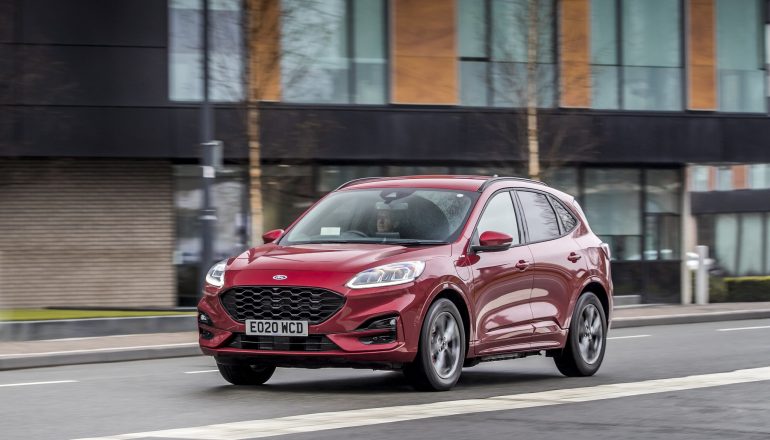 Ford is a brand undergoing enormous change. Just a couple of years ago, the only whiff of electrification was a hybrid option in the soon-to-be-retired Mondeo. Move forward to today and we have mild-, regular and plug-in hybrids left, right and centre as well as big pledges when it comes to EVs. By 2030, every new Ford sold in Europe will be electric.

There are clearly some big cogs to turn, and though slow to wake up to electrification, Ford seems to be getting things right, with the brand’s new Kuga plug-in hybrid one of the latest electrified options. But in a competitive field, does this SUV have what it takes?

Ford couldn’t have launched its third-generation at a much worse time, right as the world was shutting down with Covid. Nevertheless, the new Kuga has plenty to offer, from its range of electrified options – mild-hybrid, hybrid and this PHEV are all available – to a more modern cabin packed with technology.

The Kuga also gets a far more modern design than before, while a raft of new driver assistance features – including various optional features – makes it one of the safest Fords yet.

Power for the Kuga plug-in hybrid comes from a 2.5-litre Atkinson-cycle petrol engine combined with an electric motor and battery. The combination of petrol and electric actually makes this Kuga the most powerful model in the line-up – kicking out 222bhp, which enables a 0-60mph time of nine seconds and a top speed of 125mph.

But really it’s the Kuga’s efficiency that will be the main motive behind opting for it. Thanks to a 14.4kWh battery, Ford says it could do up to 39 miles on electricity once the battery is charged – something that takes 3.5 hours using a home wallbox or around six hours if plugged into a standard household socket. In fact, Ford claims up to 282.5mpg, while CO2 emissions of just 23g/km give it a benefit-in-kind of just eight per cent – making it hugely appealing to company car drivers.

For a company relatively new to making hybrids, the Kuga’s plug-in setup is one that’s really rather impressive. Even the electric motor on its own provides plenty of punch, while when the engine kicks in when you want to put your foot down a bit more, it happens with minimal fuss. Though the CVT gearbox can make the powertrain quite noisy at times – a general problem with this type of gearbox, and not exclusive to Ford – it’s largely smooth and very easy to live with.

Elsewhere, the Kuga handles well in true Ford fashion, and though there’s plenty of extra weight that comes from the hybrid system, it is counteracted well, though the ride was a touch too firm for our liking on this ST-Line model that sits on stiffer springs.

But the stand-out factor here is the Kuga’s efficiency. It will realistically get you more than 30 miles every time it’s fully charged (and not just around town), while even once the battery is depleted, you will quite easily see 50mpg.

We’d argue the design of the latest Kuga has really stepped up a notch – having a far more sculpted and elegant look than its predecessor. In fact, there are certain details that are resoundingly similar to Aston Martin’s DBX SUV, not least its stylish grille and intricate headlights.

If you want style, our ST-Line test car is the one to go for, bringing with it painted wheel arches (there’s no cheap black plastic on show here) and sportier bumpers to make it look racier than it actually is.

The latest Kuga’s cabin is a big advancement over its predecessor, with a much newer, decluttered layout on show, as well as plenty of technology. Clear 12.3-inch digital dials sit ahead of the driver and help to offer a more modern feel, while an eight-inch touchscreen is easy and simple to use, if not quite as cutting-edge as some you’d find with rivals.

With Kuga offering plenty of appeal to families, Ford has also ensured it’s practical and useful. Clever packaging means the boot is hardly any smaller than regular petrol or diesel version, while rear space is generous too – ideal if you’ve got grown-up teenagers.

Though the rest of the Kuga range is available with lower – and more affordable – Zetec and Titanium Edition trim levels, the Kuga is only available in higher specs

So our ST-Line test car serves as the ‘base’ version, though still gets you a long list of equipment – not least full LED headlights, an electric boot, keyless entry and a reversing camera.

We reckon there’s little reason to upgrade from this, though an ST-Line ‘X’ Edition can be had, bringing larger 19-inch alloy wheels, a panoramic sunroof and heated front seats. At the top of the range, a more ‘luxurious’ Vignale grade offers leather seats, a head-up display and park assist.

It seems like Ford has really hit the nail on the head with the Kuga Plug-in Hybrid. Though by no means perfect, it ticks every box that buyers will be looking for – spaciousness, equipment, style and low running costs.

A special mention needs to go to the hybrid system’s efficiency, which really is a step above that of rival cars like the MG HS PHEV and more premium Volvo XC40 Recharge. For that reason, it’s the pick of the Kuga line-up. 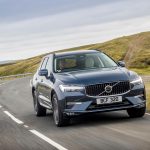 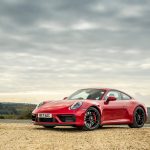