Can the updated Seat Arona continue its winning streak? 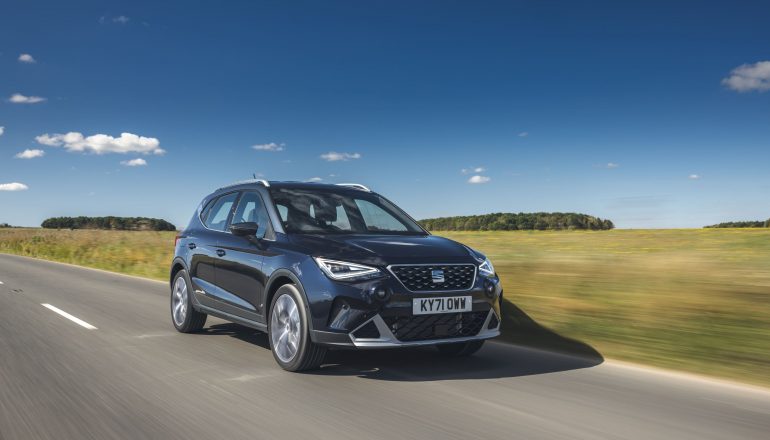 Seat has tweaked its compact Arona crossover. TED WELFORD finds out what it’s like.

The compact crossover segment really is about fit to burst, with nearly every mainstream manufacturer offering something in this market. Yet – just like how you can always make room for pudding – there’s space for more, with the Hyundai Bayon and Toyota Yaris Cross arriving in the last few months alone.

But with so much competition, a crossover really needs to be good to stand out. That’s something Seat’s Arona has never struggled with, with its fun driving experience and smart styling tempting thousands of customers to buy it since its launch at the end of 2017. Yet, with no real updates since then, the Arona was just starting to show its age in places – hence this update.

Refreshed at the exact same time as the Ibiza supermini – which the Arona is based on – even in terms of facelifts, this is a rather mild one. While we’ll explore the design changes later, the main one is that the front fog lights are moved higher up, nearer the grille.

Inside, things get a revamp with the Arona getting a new touchscreen with the same interface as the one you get on the latest Leon. Boasting a slicker-looking display and wireless Apple CarPlay and Android Auto, it’s certainly a welcome addition to the Arona.

In true Volkswagen Group fashion, the Arona gets no changes to the engine line-up, with a range of 1.0- and 1.5-litre petrol options to choose from varying in power from 94bhp to 148bhp. The most powerful option is restricted to the sportier FR trim levels.

Our test car is the version that’s predicted to be the best-seller – a 108bhp 1.0-litre turbocharged petrol, which we’re trying with a seven-speed DSG automatic gearbox, though a six-speed manual is available.

Its 0-60mph time of 10.6 seconds is respectable, while flat out it would reach 118mph. In terms of efficiency, Seat claims it will achieve around 45mpg (which seems quite easily achievable), along with CO2 emissions of 137g/km. On paper at least, the manual is slightly better on fuel.

Seat has always succeeded in bringing a bit of dynamic sparkle to the driving experience of more ‘ordinary’ cars and the Arona is no exception. In fact, it’s surprisingly good fun to hustle along, with its sharp steering making it easier to place through quicker drivers than the vast majority of rivals. There’s very little roll through the corners, either, while it generally drives similarly to the Ibiza supermini – quite the compliment. It is partly because you don’t get the same lofty driving position as you do with other crossovers, though.

The slight downside is that the ride sits at the firmer end of the spectrum, especially when riding on the 18-inch alloy wheels. While comfortable at higher speeds, around town it can seem a bit unsettled, while the gearbox can prove to be a bit hesitant at times.

The majority of the changes you’ll see on the Arona affect the front end. As we’ve mentioned the fog lights have moved from the usual place they reside in the front bumper corners to adjacent to the grille. We can’t help but feel they looked a bit better where they were before, though. New silver trim also helps this Seat offer more ‘rugged’ presence, while a new range of alloy wheels and colours give greater visual impact.

But the Arona continues to be a really stylish crossover, with its bold LED headlights (full-LED from FR upwards), sharp crease lines and generally neat proportions continuing to appeal. The option for the top half of the car to be painted in a different colour adds to the style as well.

But most of the day-to-day changes you’ll spot with the Arona are when you jump inside. A new dashboard design gets softer materials, while coloured trim that runs end-to-end of the car helps to uplift quality.

A larger 8.25-inch touchscreen is now standard fit, while our test car gets the top 9.2-inch screen. Offering much-improved graphics, it’s slick to use, while seamless wireless Apple CarPlay and Android Auto avoid the need to have messy wires on show.

But in terms of space, the Arona doesn’t really offer any major advantage over the Ibiza. Though the 400-litre boot offers 50 litres more than its sibling there’s really not a lot more space for passengers in the back compared to the Ibiza.

Standard kit remains one of the Arona’s strong points, with even entry-level SE cars getting eco-LED headlights, cruise control and the aforementioned 8.25-inch touchscreen. SE Technology would possibly be the pick of the range, as this adds the larger 9.2-inch screen, along with a useful wireless smartphone charger and rear parking sensors.

Our Xperience Lux test car sits at the top of the range and comes laden with equipment – including park assist, digital dials and leather and microsuede upholstery, which was a particular highlight.

It’s a testament to just how good the Arona was beforehand that such light tweaks are enough to keep it sitting alongside the class best. It still looks the part and is one of the best crossovers to drive on the market as well, while the interior tweaks help to lift the cabin ambience.

While there are roomier options available in this class, if that’s not a top priority, the Arona is a model that’s certainly deserving of your attention. 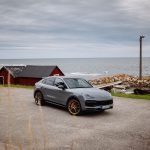 The Porsche Cayenne Turbo GT is a supercar in...
Next Story » 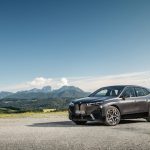 The BMW iX is worthy of its position as...