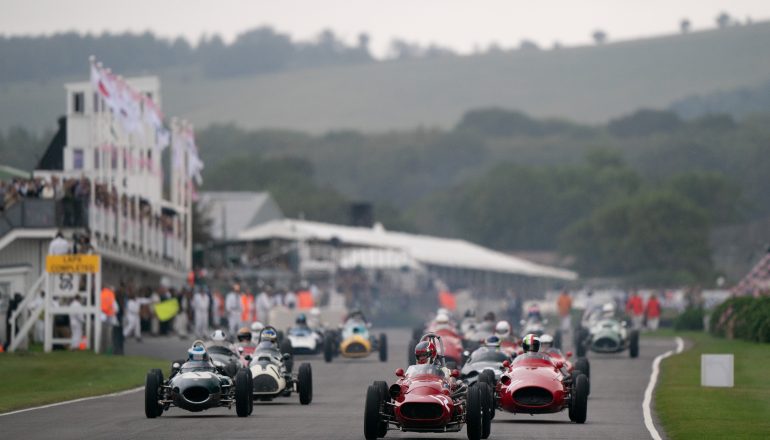 The Goodwood Motor Circuit closed its gates after the epic return of the Goodwood Revival to West Sussex last weekend. The world’s greatest weekend of historic racing was accompanied by fabulous vintage fashion, glorious sunshine – for the most part! –  and an incredible atmosphere as visitors revelled in the Revival’s return.

On track highlights included the sunset Stirling Moss Memorial Trophy on Friday evening which was won by the E-type of Harvey Stanley and James Cottingham, while the all-Mini John Whitmore Trophy on Saturday morning in which the Mini wrapped in SpeedWeek winner Stanley Wilkinson’s design triumphed with Nick Swift and Andrew Jordan behind the wheel. The epic Royal Automobile Club TT Celebration on Sunday afternoon was won by Ollie Bryant and Darren Turner in the Bryant family’s AC Cobra in what was a dramatic race. The hotly-contested Settrington Cup, saw dozens of children take to the Pit Lane Straight in their Austin J40 pedal cars in a furious dash to take the chequered flag.

Goodwood celebrated the life and career of Sir Stirling Moss with a track parade each day, including on Saturday – which was the anniversary of his debut race in 1948. With tributes paid by Derek Bell, Sir Jackie Stewart, Damon Hill and the Duke of Richmond, the Mercedes-Benz 300 SLR in which Moss and Denis Jenkinson won the 1955 Mille Miglia took the trap.

Bonhams held their first Revival sale in two years and the auction was hailed a big success with almost three quarters of all the lots selling. The biggest sale of the day went to Revival-racer Valentine Lindsay’s Jaguar D-type, among the most well known and most campaigned D-types around. A 1956 short nose whose components parts were disassembled in period and then brought back together again in the 1980s, it sold for £799,000 including the premium.

British Racing Motors celebrated the 70th anniversary of their first appearance on a Grand Prix grid, as the largest ever assemblage of BRMs took to the Circuit for a series of Track Parades across the weekend. Friday, saw the unveiling of the marque’s “new” V16, an exact recreation of the original.

The new Make-Do and Mend area proved popular with guests across the weekend, with talks and appearances from Richard Hammond about his new restoration workshop The Smallest Cog,  TV personality Dominic Chinea, Vanessa Jacobs from The Restory, and the event’s Style Adviser Bay Garnett. Visitors were also able to take part in a series of workshops, which included making their own vintage headband and knickers.

Sunday’s spectacular recreation of the 1946 London Victory Parade, saw 250 local key workers and service personnel lead over 150 historic military vehicles down the Pit Lane Straight. The Duke of Richmond gave a speech, thanking the participants for their selfless service.

The Revival’s inaugural Car Boot Sale also went live on the Sunday, which welcomed almost thirty vendors including Liberty, The Circle, EarlyBird Club and The Circle of Style, guests were treated to a treasure trove of vintage designer clothes, homeware, books and trinkets.

“I loved the car boot sale! Such great things to see and buy, I even bought myself a gorgeous jacket from the 1970s,” said Bay Garnett, Revival Style Adviser and Car Boot Sale judge. The Best in Show was awarded by Garnett to Kate Keamena and her team, who had a stunning array of clothes and accessories. 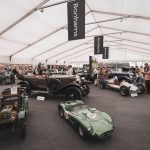 The big winners at the Bonhams Goodwood Revival classic...
Next Story » 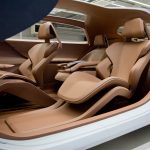