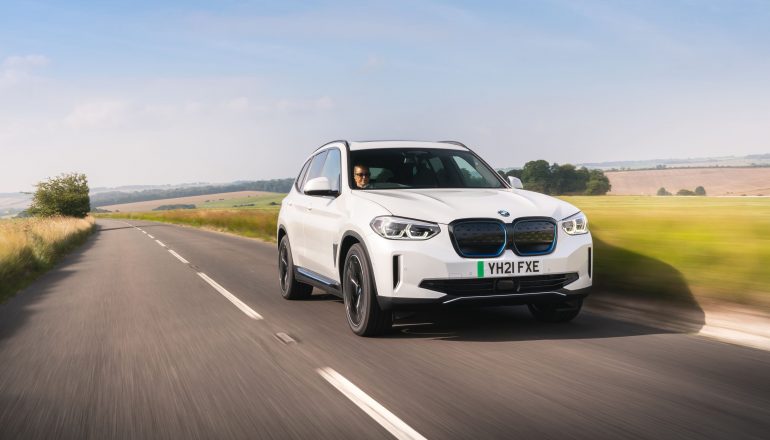 BMW hit the ground running when it came to electrified vehicles. You might remember the striking i8 which, although a hybrid and not a fully electric car, showcased what the future of the firm’s battery-assisted vehicles might look like, alongside the little i3 which has soldiered on for many years as BMW’s core EV.

But after that duo, things fell rather silent. Until now, that is, thanks to this – the iX3. It’s the first in a whole new wave of EVs for BMW, kicking off a fleet of battery-powered models for the company. Let’s check out what this new iX3 is all about.

Okay, we’ll admit that on the outside at least, this looks like a pretty regular X3. But look slightly closer and you’ll notice the closed-off front grille, the aerodynamic wheels and the subtle blue badging BMW reserves for its electrified models. It is, of course, completely silent too – only emitting that now-recognisable ‘hum’ when it passes.

Famous composer Hans Zimmer has also had a hand in how the car sounds from the inside. In Sport modes and under acceleration, a somewhat other-worldly sound is emitted from the iX3’s speakers – different, for sure, but it’s actually really exciting.

The iX3 forms part of a four-pronged offering in the X3 range, which now brings a petrol, diesel, plug-in hybrid and – in this case – electric options. Here, we get an electric motor driving 282bhp and 400Nm of torque to the rear wheels alone. Linked up to an 80kWh battery – of which 74kWh is usable – this setup allows for a range of up to 285 miles according to BMW. The ability to charge at speeds of 150kW means that an 80 per cent charge can be conducted in as little as 34 minutes.

In terms of performance, the iX3 will manage 0-60mph in a respectable 6.6 seconds before heading onwards to a 112mph top speed. These are more than on-par for a conventional petrol engine, let alone an EV.

It’ll be a big plus for those who don’t want an EV to feel completely alien against a conventional combustion-engined car that the driving position and general feel of the iX3 are much the same as that in the regular X3. The gear selector is in the right place, the steering wheel lacks any EV-centric buttons and even the dials ahead of you are relatively straightforward.

But push away and it’s the refinement and quiet that really strikes you. The lack of a petrol or diesel engine ahead of you brings a whole new, more calming element to the X3 experience, while the acceleration on offer is genuinely impressive. The decent range also means that plug-ins are few and far between, but the ability to charge at speeds of up to 150kW means that – when you do find an appropriately quick charger – you’re not hanging around for too long at all.

Like we’ve already mentioned, the iX3 looks pretty much identical to the latest X3, save for a choice few EV parts. If you’re not after an electric car that shouts about its battery powertrain, then this really is the car for you. It’s worth mentioning that since our drive of the car, BMW has already refreshed the look of the iX3, leaving alone its underpinnings.

Though subtle, the changes reflect those made to the facelifted X3. They bring larger front grilles and sharper, more distinguished headlights. The rear lights have been given a redesign too, though it’s still a very understated change over the car we’re testing here.

Step into the cabin of the iX3 and you’re met with a fine array of materials all pulled together with great attention to build quality. Everything feels solid and well-made, while the blue accents dotted around the interior do help to remind you that you’re in an electrified model. We’ve had some reservations about BMW’s new driver display design, but the readouts are reasonably clear and all of your key information – such as battery levels and charge time – is easy to find.

Because the iX3 has been based on the conventional X3 – rather than a bespoke EV platform – the cabin doesn’t have the same level of space that you might expect from a car without an engine, but there’s a good amount of rear legroom. There’s also a useful 510 litres of boot space which can be expanded to 1,560 litres by folding down the rear seats. A handy under-floor storage area tidies away the cables, too.

As part of that update we mentioned, BMW has transformed the specifications available on the iX3. Gone are Premier Edition and Premier Edition Pro, replaced by more familiar M Sport and M Sport Pro grades. We got behind the wheel of the Premier Edition Pro – equivalent to the new M Sport Pro setup. Here, you get a head-up display and a 10.25-inch central infotainment system which is both slick to use and easy to read.

It also incorporates BMW’s gesture control, which allows you to change aspects of the car’s system – such as the volume or track – simply by ‘waving’ your hand in front of the screen. It sounds odd in theory but actually works really well in practice.

The iX3 is a really polished EV from BMW. The real groundwork is put in by its powertrain, which offers a decent range and, most importantly, a great rate of charge. But because it’s been placed in a package that has already gone through generations of development, there are very few rough edges to speak of.

As an electric car that’ll dovetail into everyday life without an issue, the iX3 makes a solid case for itself. Given that it’s only the start of what is to come from BMW EVs, we’re excited to see what’s up next. 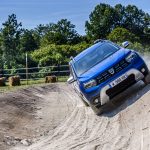 You can depend on this
Next Story » 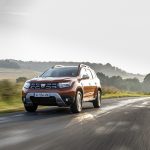 Is the updated Dacia Duster still the budget crossover...