You can depend on this 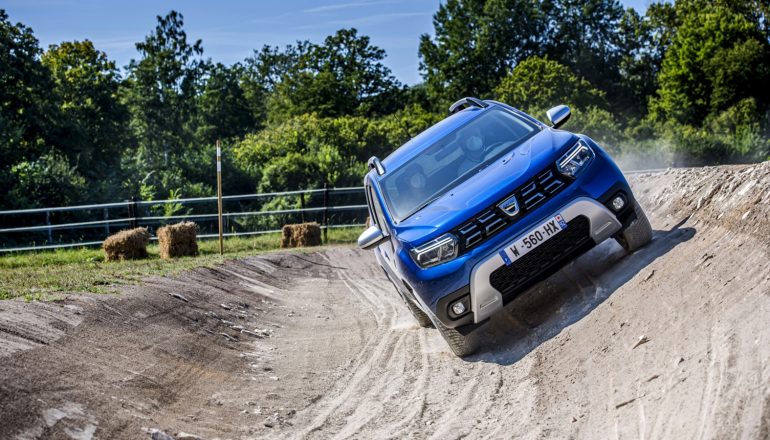 A recent visit to Dacia’s Technocenter in Paris gave me the opportunity to meet up with the company’s top executives and better understand the strategic path it is planning for the coming years.

The company’s CEO Denis Le Vot highlighted that Dacia is in the process of transforming its corporate branding which will herald a transformation of its product offering and offensive.

Since Luca De Meo took over at Renault group in 2020, he set in motion a ‘Renaultution’ that will see Group Renault’s strategy shift from volume to value. Quoting De Meo: “This will feed our brands’ strength, each with their own clear, differentiated territories; responsible for their profitability and customer satisfaction.”

One major move involves the appointment of Miles Nuernberger as the new design director of Dacia and Lada business unit. Miles previously worked for Ford and Citroen but joined Aston Martin in 2008 in exterior design, and was appointed design director in 2018. He was in charge of design for the Aston Martin DBX, the brand’s first SUV, as well as the Lagonda brand relaunch, including the Vision sedan and SUV concepts. He will be helping Dacia expand their model range beyond the small car segments.

While in Paris, I had the opportunity to drive various vehicles, including the new 100 per cent electric A-segment crossover, the Dacia Spring which should sell in most markets for €16,900 before government incentives. This represents a massive breakthrough in EV pricing and I will write about this in a future issue of this publication.

I also drove the new Duster which is in its fourth generation, having sold nearly two million units since its launch and making it one of the major pillars in the Dacia product line-up. This is actually a facelift but it does introduce many innovations mainly driven by customer feedback and involve both aesthetic but also fundamental changes aimed towards a better ownership experience.

The always-on lighting at the front and rear embody the new Dacia light signature, and the Duster is the first Dacia model to be equipped with front LED direction indicators. This technology is also used for the dipped headlights (with automatic main beam activation as standard), and the number plate lights. As well as lower electricity consumption, the LEDs offer brighter lighting, day and night, providing greater visibility for both the driver and other road users.

Thanks to the advanced expertise of Dacia’s innovative designers and engineers, the Duster’s aerodynamic performance has also been improved through the design of the new rear spoiler and new 16- and 17-inch alloy rims that have been put to the test in a wind tunnel.

The new Duster improves the comfort of its occupants with a more inviting cabin. It is equipped with new upholstery, new headrests, and a high centre console with a wide retracting armrest. The new Duster also offers two multimedia systems with a new eight-inch touchscreen. The upholstery for the seats is also new, and the fabric and shape of the enhanced headrests offer improved ergonomics. The new, slim profile of the headrests improves the visibility in the passenger compartment for rear passengers looking to the front and vice versa.

A major new feature is the inclusion of a high centre console with a sliding armrest that retracts 70mm. Available on selected models, it houses a closable, 1.1-litre storage compartment and two USB charging sockets for the rear passengers.

The comprehensive standard equipment includes an onboard computer screen, automatic main beam activation and cruise control and speed limiter with backlit controls on the steering wheel. Automatic climate control with a digital display, heated front seats and a hands-free card are available on higher specification versions.

The new Duster is available with a choice of two new multimedia systems. In addition to the Dacia Plug & Radio audio equipment (radio, MP3, USB, and Bluetooth), two new, user-friendly multimedia systems are available: Media Display and Media Nav. These are accessed through the new centrally mounted eight-inch touchscreen on the dashboard.

The interface on Media Display and Media Nav has a vehicle tab that is used to access economical driving information, and on the four-wheel drive version, the 4×4 monitor which displays an altimeter, inclinometer, and compass information.

True to its heritage, the Dacia Duster is a dependable SUV for both everyday and off-road use. Its high ground clearance, new tyres and specific 4×4 monitor (on the four-wheel drive version) mean the Duster is at home on both the road and off the beaten track. The new Duster is your everyday companion and continues to offer genuine all-terrain features, including a ground clearance of 217mm on the two-wheel drive version and 214mm on the 4×4, a breakover angle of 21 degrees, an approach angle of 30 degrees and a departure angle of 34 degrees on the two-wheel drive version and 33-degrees on the 4×4. I actually had the opportunity to test the 4×4 version on a demanding off road track and was impressed by its capability.

The new Duster is now available with a six-speed automatic EDC (Efficient Dual Clutch) gearbox with the TCe 150 engine, while the capacity of the LPG tank on the TCe 100 Bi-Fuel version has been increased by 16.2 litres, extending its range by more than 155 miles.

The two-wheel drive version of the new Duster now boasts a six-speed automatic EDC gearbox combined with the TCe 150 engine. It offers the comfort and pleasure of an automatic gearbox while keeping fuel consumption and CO2 emissions close to those of a manual gearbox.

With the new Duster, Dacia have reaffirmed their credo for building attractive, robust, versatile but most of all affordable vehicles. This results in longer-than-average ownership, higher residual values and stronger brand loyalty than many of its competitors.

Test Drives You can depend on this
« Previous Story 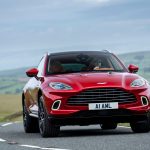 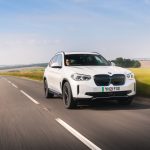