Can an update help the Porsche Macan GTS stay at the top of its game? 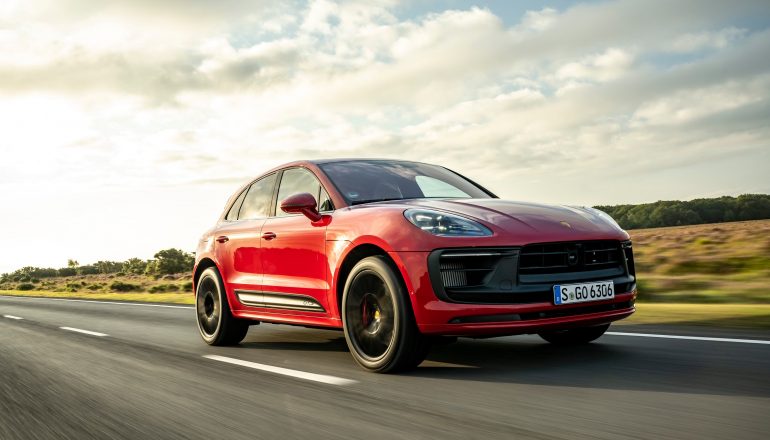 JACK EVANS has been behind the wheel of the Porsche Macan GTS model to see what has changed.

Porsche is a big fan of tweaking its line-up, refining and sharpening in order to keep its products at their tip-top best. It’s the case with the Macan, which has now been given a second, subtle update for 2021, prior to a fully electric version hitting the roads in 2023. So to keep things fresh up until then, the current Macan now gains revised looks, a more streamlined engine line-up and a less button-heavy interior than before.

And though the previous Macan was by no means behind the times, it was starting to show its age in some key areas. Has this updated version addressed this issue? We’ve been behind the wheel to find out.

We’ll admit that when glancing around the Macan’s well-proportioned exterior it’s hard to see exactly what has changed over the previous car. The distinctive full-width light bar at the rear is present and correct but now the front end gains a tweaked grille while around the back there’s a prominent diffuser. Still, it’s a subtle change to the car’s looks.

But things have been given a shake-up when it comes to powertrains. Entry-level Macan versions still use a 2.0-litre four-cylinder petrol engine, but the more powerful Macan S ditches its older 3.0-litre V6 in favour of a more powerful 2.9-litre version. Gone too is the range-topping Turbo, instead replaced by the car we’re in today – the GTS. This model does, however, nearly match the output you’d get from the older Turbo meaning that if you’re after pace, this is the one to opt for.

The Macan, in GTS setup, makes use of a 2.9-litre turbocharged V6. It kicks out a considerable 434bhp – exceeding by some margin the 375bhp you get in the Macan S – alongside 550Nm of torque. Driven to the wheels via a seven-speed PDK automatic, it’s enough power to send the GTS from 0-60mph in 4.3 seconds – or 4.1 seconds when fitted with the optional Sport Chrono package as with ‘our’ car – and onwards to a 169mph top speed.

In terms of economy figures, we’re talking up to 25mpg combined and CO2 emissions of 258g/km. Of course, a way of eliminating these is by switching to electric – something the Macan is doing very shortly, as we previously mentioned.

One of the best things about the Macan – and one that continues to be so in this new version – is how spot-on the driving position is. You can get low in the seat, while the thin-rimmed steering wheel – a pleasant tonic to the current trend for thicker wheels – gets loads of adjustment too. It just means you’re starting off from a good point.

Fire up the GTS and you get a metallic rasp as the engine gets going and moving off this continues on. Well-weighted steering gives you the confidence to make the most of the engine’s power, while good levels of body control ensure that you actually don’t notice its two-tonne weight as much as you may think. There’s a certain firmness to the ride at low speeds, but the quality of the damping means that larger potholes don’t thump through to the cabin. At motorway speeds, there’s some audible tyre and road noise, but it’s not too bad.

The Macan has always been a smartly proportioned SUV and these subtle changes only enhance this. Could you say the design is getting a touch stale? Perhaps. But as one of Porsche’s most popular models, you can’t really fault the firm for keeping close to the original – and very successful – design. The tweaks made to this latest version do give it added presence without completely overcooking it.

These GTS-badged cars gain a host of black-coloured accents across the car, too, while the rear diffuser surrounding the car’s four exhaust pipes is bespoke to this model as well.

It’s inside where you’ll find some of the largest changes have taken place. It was one of the real weak spots of the older Macan; a head-scrambling number of buttons littered the central area around the gear selector, making changing settings and features a bit of a cumbersome task.

Now, however, these have been replaced in favour of touch-sensitive haptic buttons – much the same as those you’ll find on the latest Cayenne – which gives the Macan’s cabin a far more minimalist appearance. The gear selector itself has been made smaller too.

And though the general architecture of the cabin might be showing its years somewhat, the attention to material quality is still excellent. Everything fits together beautifully – though we’d have to question the red-coloured plastic air vent surrounds on this particular car as they cheapen the look of the cabin somewhat.

Consistent revisions – albeit relatively small ones – have ensured that the Macan has stayed competitive along its lifetime. Porsche’s smallest SUV is going to have considerable in-house competition once the electric version arrives (the pair are set to be sold alongside one another) but these tweaks have ensured that up until that point it’ll still remain as one of the best-handling cars in its class and one that will no doubt find favour with many drivers after performance and practicality.

Sure, the options list can easily send prices skyward, but go easy with the box-ticking and this remains an incredibly appealing SUV both in terms of dynamics and – thanks to this update – interior quality.

Test Drives Can an update help the Porsche Macan GTS stay at the top of its game?
« Previous Story 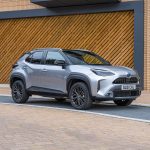 The Toyota Yaris Cross is a comfortable, stylish crossover
Next Story » 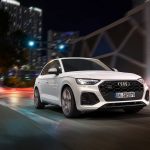 Audi’s SQ5 arrives as a performance SUV with an...