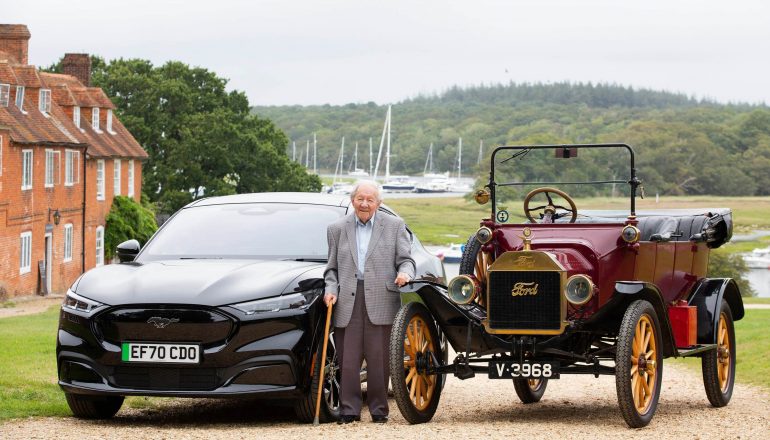 A 101-year-old driver has been given the chance to get behind the wheel of an electric vehicle, 90 years after his first driving experience.

Born in 1920, Harold Baggott’s first driving experience came behind the wheel of a Ford Model T at the age of 10. He would drive his family’s milk delivery float on a local farm.

Baggott got his driving licence in 1936 in the first year they were introduced, and got his first car one year later. He bought the Ford 8 Popular for £100, and replaced it with a Ford Anglia the following year.

The family has owned 20 Fords in that time, as well as a large number of commercial vehicle chassis that have been converted into coaches for a fleet of 140 run by their travel and coach business.

Ford set up the chance for Baggott to have another go in a Model T, driving a 1915 version from the company heritage collection. He was then given the chance to drive the new Mustang Mach-E, the firm’s new electric SUV.

The 101-year-old drove the EV from Beaulieu in the New Forest, Hampshire, to the former shipbuilding village of Bucklers Hard.

He said: “Since the age of 10, I’ve retained my interest in motoring and today find myself interested in the switch to electrification following the government phasing out the traditional combustion engines I’m used to.

“I have reminisced about my driving history with the Model T and seen what the future has in store. It was exciting to get behind the wheel of what I expect to see my great grandchildren will be driving.”

The Mustang Mach-E is Ford’s first bespoke electric vehicle. There are single- and twin-electric motor versions, with the long range model able to go up to 379 miles between charges.

The Model T, meanwhile, has a 2.9-litre petrol engine making about 20bhp that was capable of up to 45mph.

Events 101-year-old gets behind the wheel of electric Ford – 90 years after first driving a...
« Previous Story 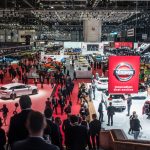 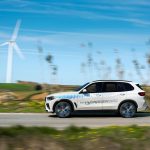 Munich motor show: What to expect