Can a new hybrid powertrain add life to the Ford S-Max MPV? 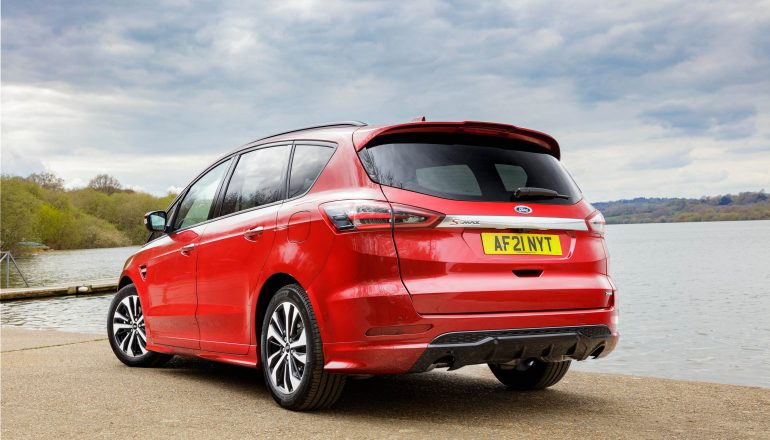 Against a tidal wave of SUVs, Ford is committing to MPVs. TED WELFORD finds out if that’s the right approach.

It’s no understatement to say that the MPV market is not in the best shape. But one exception to this rule is Ford, which is continuing to plough funds into the development of its MPVs, with its S-Max and Galaxy seven-seaters both benefitting from a new hybrid powertrain that aims to keep these models going a little longer. Here we’re trying the S-Max to see if that’s the case.

Ford is investing in electrification in a big way, and this latest S-Max Hybrid comes from part of €42m of investment into the brand’s Barcelona plant, with this powertrain also appearing in the new Kuga and Galaxy.

We’ll explore more about it shortly, but it’s an all-new setup for Ford and is currently the only hybrid MPV of its kind, though given the S-Max’s few rivals these days, it’s perhaps not all that surprising.

For the S-Max Hybrid, Ford combines a 2.5-litre Atkinson cycle petrol engine with a 1.1kWh battery and electric motor, with power being delivered to the front wheels via a CVT automatic transmission.

In total, it kicks out 187bhp, which is on par with the most powerful diesel version, and allows for a 0-60mph time of 9.6 seconds and a top speed of 115mph. But most will choose the Hybrid for the efficiency benefits, with its 147g/km CO2 emissions being 10 per cent lower than the diesel’s.

Though Ford claims a fuel economy figure of 44.1mpg, we reckon this is a rare case of an understatement, as we averaged 50mpg quite comfortably during testing. With a 600-plus mile range, the S-Max Hybrid is certainly a good companion on those longer trips.

Ford has always excelled at making somewhat mundane cars rather good to drive, and the S-Max is no exception. It certainly feels far more like a hatchback than a big seven-seater through the corners, yet at the same time is a comfortable cruiser with a compliant ride, even in this ST-Line trim level that gets a sportier suspension setup.

The hybrid system is also one of the best ‘self-charging’ setups around, as it’s largely smooth, and is quite intelligent in its ability to switch between electricity and petrol – it’ll even run as an EV for short bursts, which really helps on the efficiency side of things. The CVT gearbox – like most of this type – does somewhat sap performance when you put your foot down, but is largely quite a good fit for a car like this.

Though MPVs might have a reputation for being styled in a similar fashion to white goods, we’d argue the S-Max isn’t a bad looking thing at all.

In our test car’s ST-Line trim (the sportiest looking model of the range), it gets large two-tone 18-inch alloy wheels, a body kit that wouldn’t have looked too out of place in the Max Power era of cars, and a range of gloss black touches. Though looks are always subjective, we reckon a seven-seat people carrier has never looked so good.

While the S-Max’s exterior might be looking as stylish as ever, the same can’t be said about this MPV’s interior. The layout is very much ‘old Ford’, with none of the digital dials and minimalist layout that you get with the brand’s most modern models. While everything still does the job well, it does look a bit dated next to plenty of SUV rivals.

But one area where the S-Max can’t be criticised is practicality. Though its Galaxy sibling might be the better seven-seater (mainly because it’s just that bit longer), this model still offers a flexible seating arrangement and three rows of seats that can be maneuvered so that seven adults could still sit in relative comfort. With just two front seats in position, it also offers van-like proportions, with a huge 2,020 litres of boot space to play with.

The Hybrid is available in the same trio of trims as the standard S-Max – Titanium, ST-Line and Vignale.

Standard equipment is generous and gets you keyless entry, front and rear parking sensors and an eight-inch touchscreen, but ST-Line would be our pick, adding the aforementioned styling tweaks, along with electric and heated front seats and a heated steering wheel. The only penny-pinching is the lack of electric boot and halogen headlights – you have to upgrade to the top-spec Vignale model for those features, which also adds a reversing camera and massaging leather seats.

Though people carriers might be falling out of fashion at quite the rate, the Ford S-Max continues to prove these models are worth your attention. It’s arguably better to drive than many SUVs of a similar size, and actually more spacious too.

The addition of this hybrid powertrain certainly gives the S-Max a further lifeline, and its efficiency in particular will likely impress. Though this Ford is quite pricey these days and not the most up-to-date inside, it remains one of the better seven-seaters on the market today and a brilliant large family car. 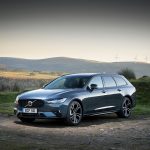 The Volvo V90 is the perfect long-distance companion
Next Story » 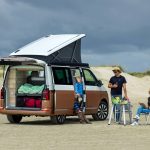 Is the Volkswagen California 6.1 Camper the best in...