Could the Hyundai Santa Fe be all the car you’d ever need? 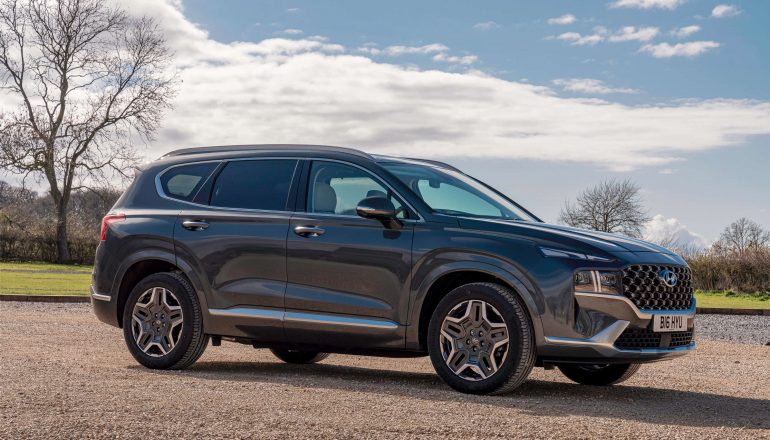 The rate of change at Hyundai over the past 18 months or so has been tremendous, with the South Korean brand launching new versions of just about every car it sells. And we’re not talking light model-year updates either, but proper facelifts, next-generation cars and even brand-new models.

Among those to be refreshed is the Sante Fe – the brand’s flagship car in the UK, though one that largely goes unnoticed. It’s the brand’s longest-running model that’s evolved from a rugged 4×4 to a premium SUV over the years, but can this new car continue to impress?

Most noticeable from a visual point of view is the Sante Fe’s new grille, which truly dominates the front end of the car, while also neatly running into the main headlights.

The new car is also only available with hybrid powertrains, with a choice of a standard setup or a plug-in version that’s capable of 36 miles on electricity. There’s also a raft of new technology that’s being ushered in, such as a larger touchscreen system and also digital dials, to ensure it doesn’t lag behind rivals.

As we’ve mentioned, the new Santa Fe is only offered with electrified powertrains, with both the hybrid and plug-in hybrid revolving around a turbocharged 1.6-litre petrol engine.

Here we’re testing the standard Hybrid model, which joins together that unit with an electric motor and battery for a combined 227bhp and 350Nm of torque. Both front- and all-wheel-drive versions are available, with each using a six-speed automatic gearbox. Our car gets four-wheel-drive – which comes with additional rugged driving modes – and is able to go from 0-60mph in 8.9 seconds with a top speed of 116mph.

In terms of efficiency, Hyundai claims 38.2mpg and CO2 emissions of 168g/km, though by choosing the cleaner front-wheel-drive version, the fuel economy figure increases to 42.2mpg, and CO2 drops to 152g/km.

Behind the wheel, it’s really the Sante Fe’s comfort and refinement that impress the most. Aided by a smooth hybrid powertrain, this is a model that’s perfect for longer trips, with limited road noise making its way into the cabin and a supple ride meaning it’s easy to pile on the miles without noticing.

Around town and when parking, there’s no escaping just how big the Santa Fe is – it’s only 10cm shorter than a Range Rover Sport – but with an impressive around-view camera system and generally great visibility, it’s easier to manoeuvre than you might expect.

A particular highlight is that when you indicate the cameras in the door mirrors relay images to the digital dial screen so you can easily position where the front wheels are. It should hopefully help prevent any expensive kerbing damage too.

If you want your SUV to look understated, the Hyundai Santa Fe probably isn’t the best choice. While already a striking-looking option, this facelift gives the model a huge front grille that stretches across between the headlights. The model’s funky stacked headlights remain, though gain a new LED signature to add further road presence.

The new car also gets wider wheelarches to add to that chunky SUV presence, along with new LED rear lights with a strip that runs across the full width of the car.

Hyundai’s interiors have stepped up their game in recent years, and the Santa Fe shows this well. With a wide touchscreen and digital dials fitted to our test car, it gives the model a modern feel, while the material quality throughout is superb, and it feels more than sturdy enough to deal with family life.

One downside is that the centre console is dated by being littered with too many buttons and switches, while the controls that replace a gear lever – helping to free up space – can be a bit awkward to use on the move, especially when flicking between drive and reverse, for example.

One area where we can’t grumble, though, is interior space. This is a genuine seven-seater that could fit seven adults, though the third row is a bit tighter for taller passengers. With five chairs in place, the boot is also huge while Hyundai claims the Sante Fe offers class-leading space in the second row too. We certainly won’t disagree with that claim.

Hyundai has slimmed down the trim range on the latest Santa Fe to just two high-spec options – Premium and Ultimate.

We’d recommend sticking with the Premium, which still gets you plenty of luxuries like heated leather seats, keyless entry and start, adaptive cruise control and LED headlights to name just a few features.

If you want all the goodies, though, go for the Ultimate, which adds ventilated front seats, a surround-view camera system, panoramic sunroof and digital dials.

Hyundai’s Santa Fe really is a car that ticks all the right boxes. It’s big, practical and comfortable, yet at the same time gives you plenty of luxuries and feels far more premium inside than you might expect it to be.

Though its bold new look arguably isn’t a step forward, the addition of its smooth hybrid powertrains certainly is, and means this large SUV shouldn’t be too thirsty to run either. It really could be all the car you’d ever need, and undoubtedly one of the best seven-seaters on the market.

Test Drives Could the Hyundai Santa Fe be all the car you’d ever need?
« Previous Story 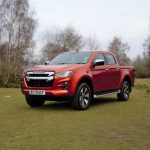 Can the new Isuzu D-Max lead the way in...
Next Story » 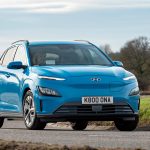