Can the new Isuzu D-Max lead the way in the pick-up market? 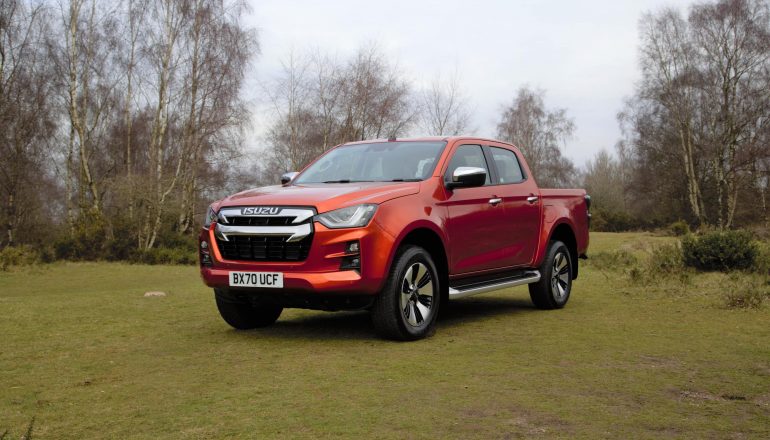 Isuzu has its core customers that buy the D-Max for its off-road and towing capability, so this new model aims to leave those aspects unchanged, instead focusing on giving its truck a more upmarket finish.

That’s why you get a far more premium – but no less sturdy – interior, as well as the same level of technology you’d expect to find on a car, with the array of driver assistance features impressing in particular. There’s also a rather imposing new front end to make the D-Max stand out on the road.

One thing that hasn’t changed on this latest D-Max is its engine, with the model keeping the same 1.9-litre turbodiesel unit found on its predecessor, introduced in 2017.

Four-wheel-drive with a rear differential is also fitted as standard to higher-spec versions, while there’s the option of a six-speed manual gearbox or an automatic transmission – our test model using the latter. Higher running costs are to be expected, though, with Isuzu claiming just 30.7mpg for this automatic, with CO2 emissions of 220g/km.

The D-Max has always been one of the more agricultural-driving options in the pick-up class, and though this model has improved, it still errs more on the rugged side of things.

The diesel engine sounds a bit tractor-like at idle and when you’re getting up to speed, though once up to speed it settles down to become quite a relaxed cruiser. Here it’s also helped by the various driver assistance technologies fitted – not least adaptive cruise control, which remains a rarity in the pick-up world.

Though the ride quality has improved over its predecessor, the same can’t be said for the steering and handling, which remains too vague even for a model of this class. On the plus side, all D-Max versions weigh under 2,040kg, which means they’re not restricted by the lower speed limits that apply to many other double cab pick-ups.

Chunky styling can be a big draw to a pick-up, and the latest D-Max gets a far bolder look than its predecessor. It’s headed up by an imposing grille that’s adorned with chrome – depending on trim level – while new bumpers have been fitted at both the front and rear too.

Sharp LED headlights are also fitted from mid-spec models onwards, while all but the entry-level Utility versions get a set of 18-inch alloy wheels. The rear also gets a large ‘Isuzu’ graphic across the full width of the tailgate which, on a separate note, gets new soft damping to avoid it crashing down if you let go.

Possibly the biggest step up on the D-Max is its interior, which makes a step upmarket compared to its predecessor. With the addition of soft-touch materials, it helps the D-Max’s cabin to feel closer to that of a car, while still feeling sturdy and durable.

From DL40 upwards, models also get a new seven-inch touchscreen, and though not at the cutting edge of multimedia systems, it does everything it needs to without fuss. If you’re looking at a double cab version, a longer wheelbase affords it more space in the rear seats than before, while wider opening back doors make it easier to get in and out of as well.

On a more practical note, the D-Max also offers up a maximum payload of 1,120kg, while having a towing capacity of 3.5 tonnes.

Isuzu splits the D-Max range into three branches – the more rough-and-ready Business range, the All-Purpose line-up that can suit both those wanting a work truck or a lifestyle vehicle and the more consumer-focused ‘Adventure’ range.

So Utility kicks off the line-up as the more agricultural offering, with the stand-out highlight being just how much safety kit it gets – including autonomous emergency braking, traffic sign recognition, blind spot monitoring and rear cross traffic alert. All this equipment has already helped the D-Max to earn a five-star Euro NCAP rating.

Upgrade to the DL20 (the ‘DL’ signifying its differential lock), and you get 18-inch alloy wheels, rear parking sensors and heated front seats, with the DL40 adding Bi-LED headlights, a seven-inch touchscreen, keyless entry and leather upholstery. This would be our pick of the line-up.

At the top of the range is the V-Cross, which brings Gunmetal Grey styling accents and a larger nine-inch touchscreen.

This latest Isuzu D-Max brings with it some significant improvements, with this pick-up getting a far more pleasant interior than before, as well as setting the benchmark for safety in this class. Yet at the same time, it’s more than able to entertain its core buyers that choose it for its no-nonsense rugged ability.

It’s only really the driving experience that lets the side down, and if that’s important a Ford Ranger or SsangYong Musso would be a better option. However, the D-Max remains a very likeable truck and one that’s better than ever.

Test Drives Can the new Isuzu D-Max lead the way in the pick-up market?
« Previous Story 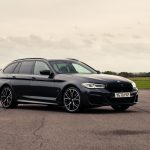 Is the BMW 5 Series Touring still one of...
Next Story » 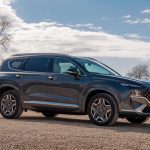 Could the Hyundai Santa Fe be all the car...