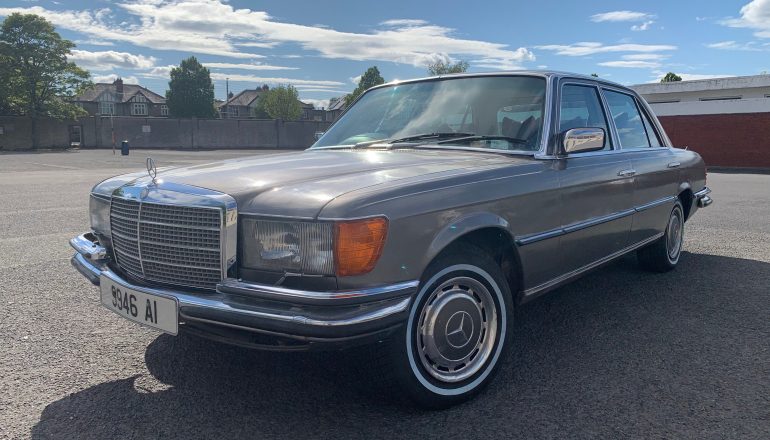 A 1980 Mercedes-Benz 450 SEL formerly owned by U2 frontman Bono is set to be auctioned off this week with an estimate of €17.5k.

The classic model incorporates a variety of modifications introduced by the singer, who bought the vehicle to celebrate the success of U2’s first album, Boy.

It has an interior that has been entirely retrimmed in a cowhide pattern, with the eye-catching material used on all areas including the parcel shelf and door cards. However, one of the standout features is the Alpine sound system, which was fitted by Bono at a cost of €14k– around €80k today.

Consisting of several amps and a variety of speakers, it was so powerful that Bono kept a fire extinguisher in the car at all times in case it set on fire.

The exterior of the car is finished in grey paint, while the wheels benefit from new tyres. Recently serviced and given a new starter motor and battery, the Mercedes has covered 163,000 miles since new. It does, however, require a few areas of attention with some corrosion appearing on the underside of the car and a handful of rust spots on the edge of the bonnet.

Bono auctioned the car off in 2000 when it was purchased by Pepsi as a way of raising money for Ethiopian aid projects.

The Mercedes is being sold online by Car & Classic. 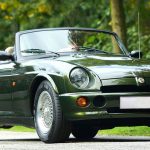