The Ferrari Portofino M is an exciting all-rounder 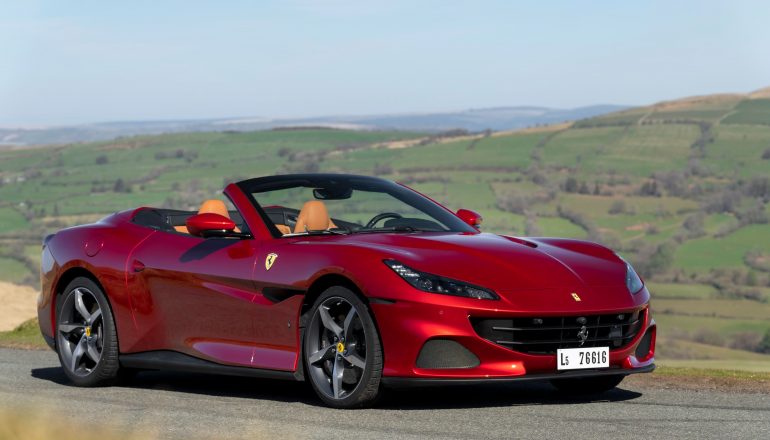 It’s funny how Italian words make everything sound better to us Brits, especially when it comes to cars. A classic example is the exotic-sounding Maserati Quattroporte, which directly translates as ‘four doors’. Similarly, today we’re testing the Ferrari Portofino M, with that final initial standing for ‘Modificata’, or simply Modified, to you and I.

The Portofino is a 2+2 hard top convertible from Ferrari’s GT family, first introduced in 2017. Now, it’s been given the M treatment, which means there’s an extensive raft of upgrades and improvements. Think of it like a mid-life refresh – a really extensive one.

Firstly, and perhaps unsurprisingly for a Ferrari, there’s increased performance from the engine. As a result, engineers then also worked on driving dynamics to make the most of the extra power, as well as adapted the styling to improve cooling through the air intakes. But with this being a GT, comfort has also been improved.

There’s also a redesigned exhaust system that allowed for the removal of the silencer and reduced the size and weight of the system, while the rear diffuser is totally new and separate from the bumper.

Under the bonnet sits a 3.9-litre turbocharged V8 engine, which is a direct descendant of the unit that won Engine of the Year four times in a row between 2016 and 2019. It makes 602bhp (an increase of about 20bhp) and 720Nm of torque, and is mated to a totally new eight-speed automatic transmission.

To achieve this jump in power, Ferrari engineers worked on the engine’s internals, improving the filling of the combustion chamber, while some turbocharger trickery means it now spins faster than before. The result of these upgrades is a 0-60mph time of about 3.2 seconds and a top speed in excess of 199mph.

Unsurprisingly for a car with over 600bhp, the Portofino M has utterly ballistic acceleration. Our test in damp, changeable conditions meant that full throttle applications were a test of nerves (and, perhaps, stupidity). As such, in lower gears it was hilariously terrifying going beyond 80 per cent throttle, with the angry engine note filling the cabin and the car lunging forward at a rapid pace.

Despite being a GT car, it’s still a Ferrari. The Italians don’t want to build a Bentley with a different badge, they want to build a comfortable car that’s still sharp and direct in corners. It has succeeded, because while it’s not as confidence-inspiring as the firm’s 488 supercar, it’s still ludicrously capable on an undulating country road.

However, Ferrari was keen to stress that it has also focused on comfort, again with a decent amount of success. There’s a little jiggle on the worst roads the Cotswolds threw at us, but with the mannettino switch pointed to comfort, there’s a subtlety to the ride that surprises given its ability in the corners.

Perhaps the only complaint in this regard is that the driving position didn’t offer as much adjustability as you’d hope from a car built with long-distance driving in mind, leaving us feeling a little cramped after a few hours behind the wheel.

The Portofino is a distant relative of the California that came before it, arguably one of the blandest-looking Ferrari models in recent memory. However, while the original Portofino carried some of those unappealing styling cues, the latest model has had enough nip and tuck to make it a serious looker.

On the face of it the changes are subtle, but there’s a sharper, more muscular appearance that’s come from the fact the designers wanted to reflect the improved performance from the engine. There are bigger intakes up front and new vents at wheel arch height, while the new exhaust allowed the rear to be more streamlined.

Interior changes are more subtle, and while the overall appearance isn’t quite as luxurious as some rivals, there’s a minimalist, driver-focused feel that instantly screams sports car.

The dials are large and easy to read, while the 10.25-inch touchscreen is elegantly integrated into the centre of the dashboard. The menu design is simple, modern and easy to use, and though it’s a little slow to respond to inputs, overall it’s an excellent system.

There are a few minor irritations. With minimal adjustability we found the top of the dials were always blocked by the wheel unless it was pushed unnaturally high, while a few ergonomic oversights that frustrated would likely not be an issue for long-term owners.

With the Portofino M, Ferrari is trying to find a sweet spot between out-and-out performance cars and luxury-focused GT models. With such a target, it would be easy to be compromised, excelling at neither.

However, that’s not the case here. In general driving the ride quality is impressively comfortable, so all but the roughest roads are smoothed out in true GT fashion. But the Modificata updates have given the Portofino a sharp edge that would give more focused machinery a run for its money.

The Ferrari Portofino M is a fantastic all-rounder, then, with two different characters that can be called on at the flick of a manettino switch. 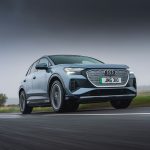 Is the Q4 e-tron Audi’s game changing EV?
Next Story » 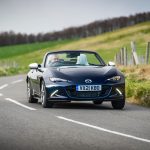 The Mazda MX-5 Sport Venture is the latest special...