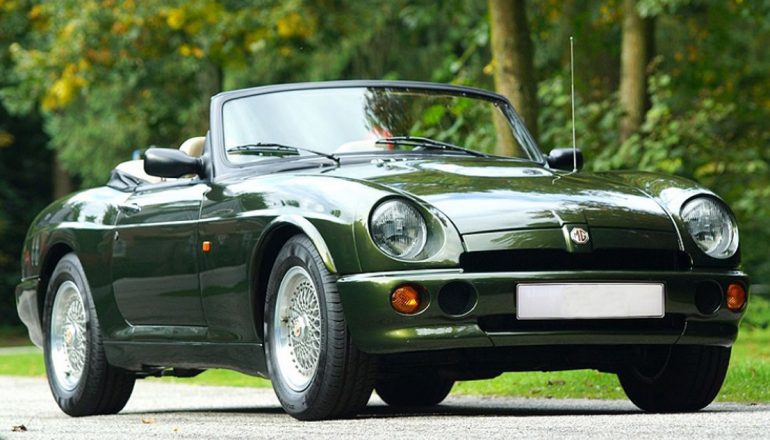 This ‘B’ certainly deserved an ‘A’, says JULES CHRISTIAN.

The British car manufacturer MG has always been associated with performance cars, the letters MG standing for Morris Garages. The brand was later integrated into the British Motor Corporation in 1952.

Following the success of the 1950s MGA, aiming at the mid-level sports car market, in 1962 the company introduced the convertible MGB roadster, mainly in response to the demand for a more comfortable sports car version of the very basic MGA.

Competing in the marketplace with the likes of the Triumph TR4 and Sunbeam Alpine, the design in its day was ahead of its time. This included incorporating crumple zones to help protect driver and passenger in the event of an accident, and using monocoque construction as opposed to building the car on a chassis. This meant an altogether lighter car, which helped to make its performance quite impressive, despite using the old 1798cc, four-cylinder B-Series engine with twin SU carburettors, which had its origins as far back as 1947.

The MGB with its steady handling, spritely performance and fuel economy made it an attractive alternative to the big gas guzzling cars in the US, where the majority of the overall half a million cars were sold. This was the opposite of the UK market, where the initial response from the sports car fraternity was rather lacklustre. You see, the MGB, even with its upgraded engine in 1967 was too sensible! The reliability was improved, the balance was good, the performance adequate, the handling totally predictable, but it did not have the hairy-chested character of the sports cars around at the time that most enthusiasts seemed to relish.  Remember, the second-hand marketplace was then abundant with the likes of the Austin Healey 3000, the Jaguar XK150, the E Type, Aston Martin DB4’s, Sunbeam Tiger V8’s etc., which were rather more exciting.

It was not until 1965 that the British market took an upturn with introduction of the 2+2 MGB GT. Designed by Pininfarina, it was probably the first use or the now common hatchback style and was an instant success. This classic model was to continue in production in the UK through till 1980.

In 1967, with the planned production-end of the aging Austin Healey 3000, MG replied to the hairy-chested brigade by producing the MGC, using the big straight-six engine from the Austin three-litre saloon. With suspension, floorpan and structural changes to accommodate the heavier engine, the enviable handling characteristics of the MGB Roadster were badly affected. In fact, one heard alarming tales of doors opening under hard braking from high speed on a corner! A succession bad reviews and lack of commitment for changes by the owning group BLMC, meant the MGC and the more civilised MGC GT were only produced until 1969. Today, however, with some modern adjustments, examples of the MGC with their distinctive bonnet bulge, can not only be made to handle properly, but have become highly collectable.

Now equipped with new Rostyle wheels and with the continuing demand for a more powerful version of the MGB, 1973–1976 saw the production of the MGB GT V8, regarded by many as the best version of all. Unfortunately not available  as a roadster, this MGB used the classic American Buick 3.5 litre V8 engine, already in use in the Rover P5 saloon. This proven V8 power plant was actually 18kg lighter than the original four-cylinder engine, increasing the power output from 95bhp to an exhilarating 137bhp. This gave the MGB GT V8 a healthy 0-60mph time of 7.7secs and a top speed of 125mph, and needing no structural changes, meant the car kept its traditional handling characteristics, if not improving on them.

By 1975 US pollution and safety standards were becoming increasingly stringent. As the major market for the car was still the US, this resulted in the UK car losing its classic chrome bumpers in favour of rather ugly rubber safety versions.  The US headlight height ruling then required raising the suspension one inch, which radically affected the vehicle handling and further emission regulations diminished the car’s performance. In the UK, financial restructuring by the parent company, now British Leyland, meant the Abingdon factory, where the MGB was produced was to close in 1980, all contributing to its demise. The 1979/80 final runs of the MGB were “limited edition” models: black versions for the US, gold Roadsters [PIC5] and silver GT’s for the UK.

That’s not quite the final chapter. By the end of the seventies and during the 1980s, the demand for sports cars had diminished and hot hatches were the trend. It was not until 1989, when Mazda’s brave MX5 came on the scene to rejuvenate interest in convertible motoring, that the last vestiges of the B were seen in the guise of the MG RV8. Although not regarded by many as a true MGB, this was basically an ‘alike’ MGB V8 roadster, produced from 1993-1995. It was only a moderate success as much of the mechanical technology was now very antiquated and only 2000 were produced.

Vintage The classic ‘B’
« Previous Story 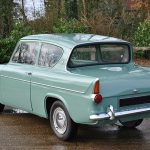 Back to backwards
Next Story » 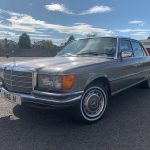