The Land Rover Defender 90 D250 feels more refined than ever 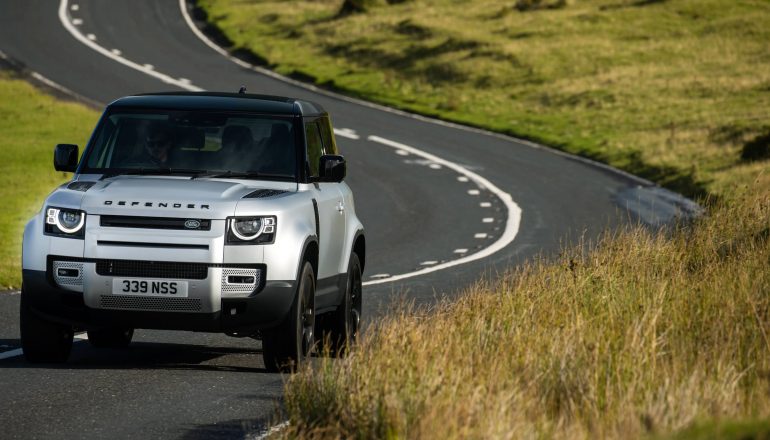 Land Rover’s Defender has made quite the splash. There was some degree of trepidation surrounding the arrival of the iconic original’s replacement given the amount of expectation it had to deal with. Needless to say, it’s done remarkably well to live up to its predecessor’s reputation and is seeing plenty of success already as a result.

We’ve already looked at the latest short-wheelbase 90 version powered by a 3.0-litre straight-six petrol, but today we’re checking it out with a torquey 3.0-litre turbocharged diesel under the bonnet.

The transition from old to new Defender has been well managed, with many of the older car’s styling traits carried over but revamped to ensure that everything feels fresh and modern. The 90 wheelbase is traditionally the choice of those who want a more off-road focused Defender, whereas the larger 110 majors on practicality and space instead.

As previously mentioned, this particular Defender uses a 3.0-litre turbocharged diesel engine. It’s fitted with mild-hybrid assistance to help with efficiency, but still develops a healthy 245bhp and – most importantly for towing and going off-road – 570Nm of torque. Driven through all four wheels, it gives the 90 a surprising turn of pace, with 0-60mph taking just 7.6 seconds. Though that might be the type of acceleration figure you’d expect from a mid-range hatchback, it feels quite brisk in the Defender.

Efficiency-wise, we’re looking at up to 32.8mpg combined with emissions as high as 244 or low as 226g/km CO2, depending on which wheel size you opt for. Interestingly, there’s also a less powerful D200 available – which uses the same 3.0-litre engine – but despite a drop in power provides no better efficiency nor economy figures.

The impressive part of the Defender’s driving experience is just how adept it is over all manner of surfaces. This shorter 90 does deal with lumps and bumps in the road a little less convincingly than the larger 110, however, with the shorter track meaning that imperfections have more of a tendency to unsettle it. However, it’s still very comfortable and, surprisingly for such a capable car, perfectly happy at a cruise.

The off-road tyres fitted to this car did provide a small amount of noise that entered into the otherwise quiet cabin, but it’s a worthwhile trade-off considering the additional traction you get. That 3.0-litre diesel engine also feels right at home in the Defender. It’s quiet and torquey, with great response ensuring that you’re able to take advantage of gaps without being left without enough shove.

If you’re after a car with presence, then the Defender should be at the top of your list. To our eyes at least, the 90 looks the absolute business with great proportions and plenty of styling features to help keep things interesting. Despite having a premium price tag it’s not a car that shouts about it. Against many other brash and over-the-top SUVs, the Defender still carves out a very classy air for itself.

Particularly with the off-road tyres and raised-up suspension, you can’t ignore the Defender’s go-anywhere appearance. Indeed, this looks like a car that is ready and waiting to get on with an adventure.

There’s a great mix of high-quality yet robust materials used throughout the Defender’s interior. It’s all chunky, easy-to-hold dials and buttons – the kind that wouldn’t be hard to use with gloves on during the harshest of winters. But then you’ve got high-end touches like the large central screen (which, in fairness, would be tricky to operate with gloves on) and a high-resolution display ahead of the driver.

The only area where the 90 falters is outright practicality. Our car came with an optional front ‘jump’ seat which adds an extra chair up front so you can seat three. In truth, you’ll want to add this option if you want the most space possible, as you need to drop the rear seats flat in order to get a decent boot. At 397 litres, the seats-up space in the 90 is less than you’ll find in a regular hatchback, so lowering the rear seats is your only option when taking larger items. That said, it’s easy to access via the side-hinged door, which mimics that on the original 90.

You’d hope that for a car with this price tag, you get plenty of standard equipment and, thankfully, that’s the case for the Defender 90. Key features include the 10-inch Pivi Pro system in the centre of the dash – it’s clear, easy to operate and one of the best JLR systems we’ve seen in a long time. The large dials for the heating and ventilation below double up as the off-road Terrain Response controller too, which is a neat feature.

Elsewhere, you’ve got a 3D surround-view parking camera, eight-way adjustable heated seats and a 180-watt six-speaker sound system. Our car, in S specification, brought 19-inch alloy wheels and leather and textile seat upholstery. A key optional extra above and beyond the ones mentioned included a towing pack, which added an electrically deployable tow bar and a host of towing-centric assistance systems.

The Defender feels like a fitting extension of the older car’s philosophy. It’s robust, great off-road and brimmed with clever features, yet adds a decent slug of refinement which helps to transform it into a car you can use day in, day out – and not be afraid of long-distance motorway slogs, as you might’ve been with the older Defender.

This 3.0-litre diesel variant feels like it offers the best combination of performance and economy, while its silky-smooth power delivery gives the Defender a really premium driving style. Though we’d plump for the 110 if we were after outright practicality, the 90 delivers on all other fronts. 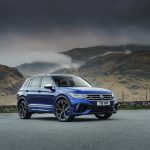 The Tiguan R brings added performance to Volkswagen’s most...
Next Story » 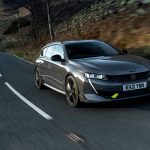