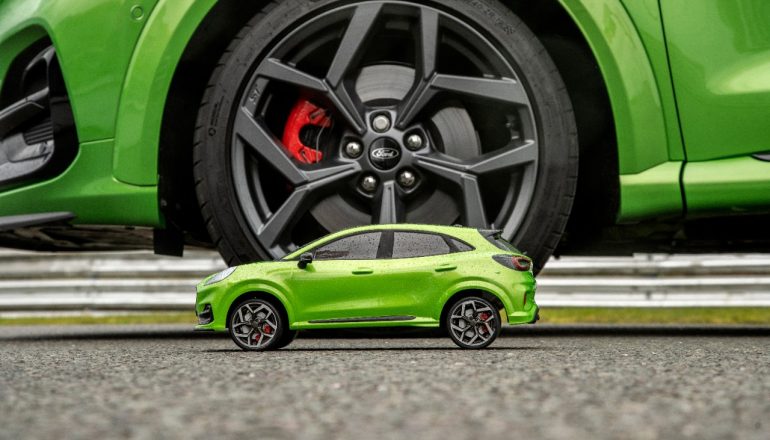 It’s David versus Goliath… but not as you know it. The all-new Puma ST – the first Ford Performance SUV in Europe – takes centre stage in an epic clash against a small but mighty version of itself in a thrilling new film released by Ford.

Shot on location at the iconic Brands Hatch motor racing circuit in the UK, the unique face-off is the ultimate test of Puma ST agility. Using cornering abilities sharpened by sophisticated Sports Technologies, the full-size Puma ST can lap the 1.9-kilometre Brands Hatch Indy Circuit in a target time of around 60 seconds.

Meanwhile, the 1/10 scale Puma ST RC model must complete three laps of the 220-metre Brands Hatch kart track; a precise replica of the full-size Indy Circuit that mirrors its six challenging corners. With a target lap time of around 20 seconds for the scaled-down Puma ST, the contest demanded all-out performance from both cars and drivers – setting up a nail-biting finish.

Introducing acclaimed Ford Performance driving dynamics to the innovative Ford Puma SUV, the Puma ST is powered by a 200 PS 1.5-litre EcoBoost petrol engine and accelerates from 0-100 km/h in 6.7 seconds.

Giving the Puma ST the best possible chance of victory, British rally driver Louise Cook is a winner of the FIA Production Car Cup for 2WD as well as the British Rally Championship Ladies’ title.

A one-off, custom-built 1/10 scale model developed by UK-based Designworks specially for the race, the Puma ST RC car is based on an ARC R12FF platform and uses a 402 W electric motor to reach speeds of 80 km/h.

Carefully designed to mirror the full-size vehicle as accurately as possible, the Puma ST RC car is front-wheel drive just like the real thing. Its lightweight bodyshell was made from high impact polystyrene (HIPS) using digital engineering data taken from the real car and a computer-controlled milling machine.

Details including the replica wheels, door mirrors and windscreen wipers were 3D-printed in meticulous detail. Even the Mean Green exterior is identical to the production SUV, using the same acrylic water-based paint.

At the controls, Lee Martin is a professional RC racer with six European and 13 British championship titles to his name.

“This was no ordinary race, but the Puma ST is designed to offer performance and agility in a compact and practical package, whatever the conditions. Even when it is up against a purpose-built racing car and a champion driver, it has the ability to deliver,” said Stefan Muenzinger, manager Ford Performance, Europe.

“Driving the Puma ST for the first time was awesome. I don’t know what I expected but it did not feel like an SUV, it felt like a sporty hatchback and I had so much fun driving it around the Brands Hatch circuit. I am used to rallying Ford rally cars, so it was nice to feel that familiar fast and forgiving feeling in the Puma ST chassis,” added Louise Cook, WRC rally driver.

“This was a great opportunity to see how an RC car went up against a real car. The model was made to look as close to the real car as possible; it was front-wheel drive, it had an SUV body – and like the real thing, it handled really well. The race was brilliant fun. Maybe next time Louise and I can switch cars,” concluded Lee Martin, RC racer. 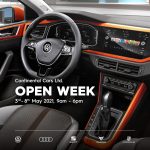