The updated Mini Hatch remains as fun and stylish as ever 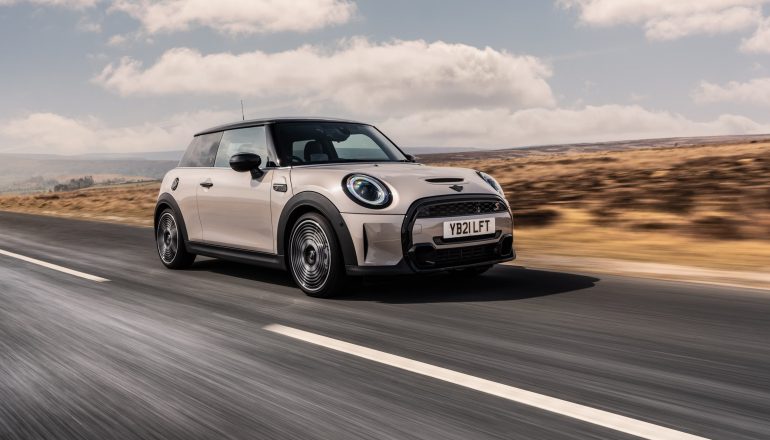 It’s such a cliché, but the Mini Hatch really is a car that needs little introduction. It’s possibly the most recognisable new car on the roads today, with its small dimensions (even if fans of the original might criticise it for not being so ‘mini’), big round headlights and wraparound plastic trim making it stand out immediately.

The ‘new’ Mini has now been around for 20 years, and in that time well over 10 million have been produced at BMW Group’s factory in Oxford. But given the current-generation Hatch has been around since 2014, you might expect that it’s about time for an all-new version. Alas, no. Instead, Mini is back for a second facelift instead, but is that enough to remain competitive against much newer rivals?

Back in 2018, the Mini was sparingly updated with questionable new Union Jack rear lights and more in the way of technology. This 2021 revision goes a bit further as there’s a new-look front-end, which we’ll explore later, and more in the way of gloss black detailing. We’re told Mini buyers don’t want chrome these days.

Inside, an 8.8-inch touchscreen (previously optional) is now far easier to use than before, while there’s a new ambient lighting feature for around the central display and a couple of new driver assistance features available – both optional, of course.

If you know anything about Minis, you’re probably familiar with the engine structure, which remains identical to the previous car – One, Cooper, Cooper S and John Cooper Works models are available, which range in power from 101bhp to 228bhp.

Our test car is the Cooper S hot hatch, which uses a turbocharged 2.0-litre petrol unit that kicks out 176bhp and 280Nm of torque. Joined to a six-speed manual gearbox (an automatic is also available), it can go from 0-60mph in just 6.5 seconds and head on to a top speed of 146mph. Yet, for a sporty model, running costs should prove fairly affordable, with Mini claiming more than 40mpg, and CO2 emissions of 140g/km.

Mini has always prided itself on its ‘go-kart feeling’ behind the wheel, and though this is great marketing, it really lives up to that when you jump in the driver’s seat. In a world of bulbous oversized cars, the Hatch’s dinky dimensions and agility make it a true bundle of joy to drive, feeling sharp, responsible and nimble in all surroundings. Even though the Cooper S might not be the quickest version available, it delivers all the power you’d ever really need – sounding especially fruity higher up the rev range. Combined with a sweet manual gearbox, it’s nothing short of a delight.

There’s also a new adaptive suspension system available – fitted as standard to our ‘Sport’ trim car – that can adjust the dampers in as little as 50 milliseconds to try and soften the ride. That said, on our test car’s 18-inch alloys, the ride remained pretty firm, though never uncomfortable.

Given we suspect nearly all Minis are primarily bought for the way they look, we can’t blame the firm for not wanting to mess with the design too much. That said, the front gets the bulk of the updates, with a much larger grille being the main change. The front positioning lights – found on all Minis to date – are also no more, and are instead replaced by new vertical slats, which aim to give the model a wider look as well as improving airflow.

Our ‘Sport’ car, which gets the full body kit from the John Cooper Works model – including a racy-looking new rear diffuser – looked especially sharp in our opinion. On a simpler note, there are three new colours available, along with five new alloy wheel designs, while the personalisation possibilities remain as extensive as ever.

Gone are the days when that large round display in the centre of the Mini’s dashboard was a speedo, as today you’ll find a large 8.8-inch touchscreen wrapped inside it instead. This system also gets a new interface that aims to act more like a smartphone, and it’s really rather good, too. As well as ‘touch’, there’s still a rotary dial just behind the gear knob, which is the easier option to use the screen on the move.

Interior quality remains as great as ever, with a premium feel throughout and perfect ergonomics. But there’s a shortfall and that’s space. Its boot is tiny next to rivals, and in three-door guise, there’s hardly any room in the back at all. That said, a five-door version is available if you want something marginally more practical.

As with its predecessor, there are three trims to choose – Classic, Sport and Exclusive. The Classic looks a bit lacking with its 15-inch alloys, though comes well-equipped with full LED lighting, air conditioning, automatic lights and wipers, that large touchscreen system and a new digital dial system – as already seen on the Mini Electric.

It’s a testament to just how good the Mini is that, even at seven years old, it remains as competitive as ever, with a brilliant driving experience and upmarket interior. The more aggressive new design might not appeal to all, but it’s not so divisive that it’s likely to put off the brand’s loyal buyers, while a much-improved touchscreen and more in the way of standard kit aids the Hatch’s appeal further.

Like before, its main weaknesses are spaciousness and price, but if you rarely carry rear passengers and aren’t too extravagant with option box ticking, the Mini remains one of the most likeable small cars you can buy today. 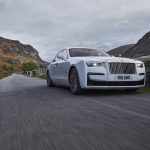 The Rolls-Royce Ghost takes luxury performance to a new...
Next Story » 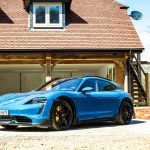